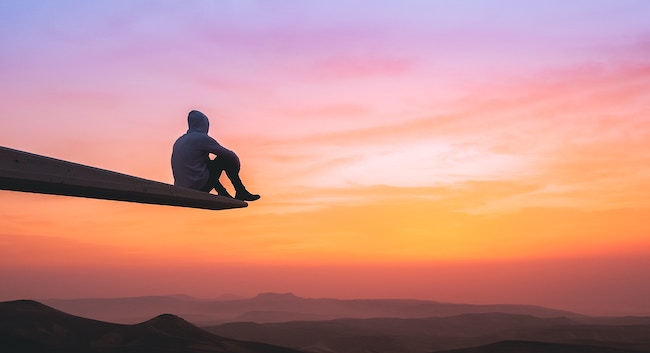 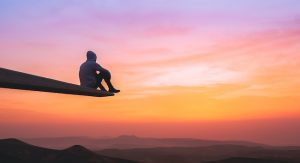 “If nominated I shall not accept, if elected I shall not serve.” The words of Civil War general George Tecumseh Sherman ring clear in American history as a tribute to a man’s obstinate unwillingness to commit to further service to a shattered country.

It seems that Moshe responds in almost the same manner, not to a nominating committee but to G-d Almighty. When Moshe is approached by Hashem to speak to Pharaoh, he defers. First he ponders, “Who am I to go to Pharaoh?” (Exodus 3:11) After Hashem exhorts him, Moshe tries a different tactic. “I am not a man of words… for I am a man heavy of mouth and speech.” (Exodus 4:10) Again G-d refutes his extenuation and chides Moshe that, after all, “who makes a mouth for man if not the Almighty?” And once again He urges Moshe to go to Pharaoh, assuring him that “I will be with your mouth and teach you what to say.” (Exodus 4:12)

Finally, when Hashem assures Moshe that it is His hand that will guide him, His words that will be spoken and His spirit that will inspire him, Moshe still does not accept. He has one final seemingly lame pretext: “Send the one who You are accustomed to send.” (Exodus 4:13)

The scenario is almost incomprehensible. After every one of Moshe’s protestations are well refuted by the Almighty, how did Moshe have the audacity to petition G-d to send someone else?

My 2nd grade rebbe, Rabbi Chaim Follman, asked his Rosh Yeshiva, Rabbi Yaakov Kamenetzky, to officiate at the wedding of his daughter. Reb Yaakov checked his appointment calendar and shook his head slowly. “Unfortunately I have a prior commitment and can not fulfill your request.” He wished Reb Chaim and his daughter a heartfelt mazel tov, showered them with blessings, and added that if his schedule would open he would gladly join them at the wedding.

On the day of the wedding, Rav Yaakov was informed that his original appointment was canceled. Immediately, he made plans to attend the wedding. Assuming he would come after the ceremony, he arrived at the hall long after the time that the invitation had announced that the ceremony would commence.

Upon entering the wedding hall, Rav Yaakov realized that for one reason or another the chupah (marriage ceremony) had not yet begun. Quickly, Rav Yaakov went downstairs and waited, almost in hiding, near the coat room for nearly 40 minutes until after the ceremony was completed. A few students who noticed the Rosh Yeshiva huddled in a corner reciting Tehillim (Psalms) could not imagine why he was not upstairs and participating in the chupah. They, however, did not approach him until after the ceremony.

Reb Yaakov explained his actions. “Surely Reb Chaim had made arrangements for a different m’sader kidushin (officiating rabbi). Had he known that I was in the wedding hall he would be in a terrible bind –after all, I was his first choice and I am much older than his second choice. Reb Chaim would be put in the terribly uncomfortable position of asking someone to defer his honor for me. Then Reb Chaim would have to placate that rabbi with a different honor, thus displacing someone else. I felt the best thing to do was stay in a corner until the entire ceremony had ended — sparing everybody from the embarrassment of even the slightest demotion.”

Moshe’s older brother Ahron had been the prophet of the Jewish nation, guiding them, encouraging them, and supporting them decades before Moshe was asked by Hashem to go to Pharaoh. When Moshe was finally convinced by the Almighty that he was worthy of the designated mission and that his speech impediment was not a inhibiting factor, there was one more issue that Moshe had to deal with. And that factor was not in Hashem’s control. It was a very mortal factor — his brother Ahron’s feelings. Under no circumstance, even if every other qualification were met, would Moshe accept a position that might, in some way, slight his brother Ahron

Only after Moshe was assured of Ahron’s overwhelming moral support and willingness to forego his commission did Moshe accept the great task. Sanctity of mission and divinity of assignment end somewhere very sacred: at the tip of someone else’s heart. Good Shabbos ©1996 Rabbi Mordechai Kamenetzky

In memory of Joseph Fertig by Mr. and Mrs. Aaron Fertig