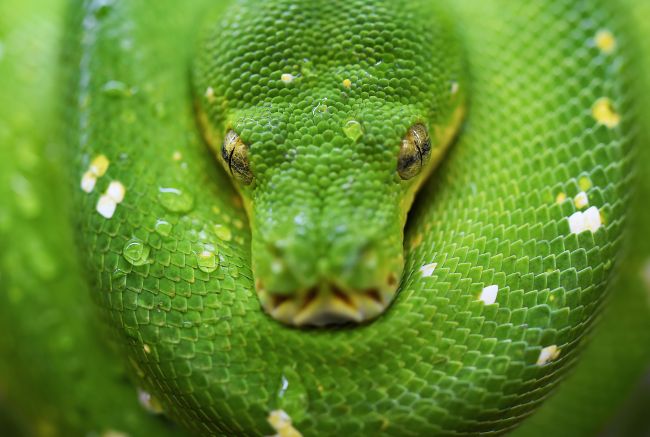 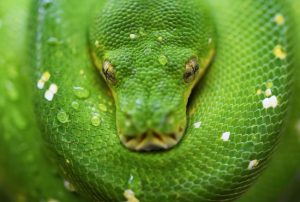 I would not consider this week as one of Moshe’s easiest ones. Through this entire portion Moshe suffers through a series of disappointments and tragedies. First, his sister Miriam dies. Then the miraculous well ceases to flow from the rock that traveled with the Jewish nation. The people complain bitterly and Moshe is told to talk to the rock and it will produce water. Moshe doesn’t talk to the rock. He hits it. He is censured by Hashem for distorting His command. For that, he will not enter Eretz Yisrael. He and Ahron would both die in the desert. The setbacks do not end there. Next, Moshe sends messengers to the king of Edom, imploring him to allow the children of Israel, cousins of the Edomites, to journey through the land of Edom. “We will,” they promise, “purchase supplies from the citizen’s of Edom and only take the main roads” (Numbers 20:14-18). Yet Edom responds with an emphatic no and threatens war. Again Moshe acquiesces and takes the long route toward the land of Israel. Then the Torah tells us of another blow to Moshe – the death of his only brother Ahron. Now Moshe is left alone, with neither Miriam nor Ahron to support him. And the death of Ahron brings no tranquility. Immediately after Ahron’s death, the Jews are attacked by the King of Arad in the south, whom the Talmud explicates as our evil nemesis Amalek. And though the battle is won, the Torah tells us that the Jews were still not satisfied. They verbally attack Moshe and Hashem complaining, “why did you bring us to die in this wilderness with no food or water and our souls are disgusted with the light fare of manna!” (Numbers 21:5). But Hashem is not quiescent. Fiery snakes attack the people. And Moshe, despite the trials and tribulation he has endured, has only one thing on his mind. Many people would have just given up. But Moshe had strength, courage, and love of B’nai Yisrael. He pleads to Hashem on behalf of his nation. “Stop the snakes!”

Hashem tells Moshe to make a snake and put it on a stick, and whoever was bitten shall gaze at the snake and will be cured. And so it was. Moshe made the snake. Those who were bitten looked at the snake and were healed. The Mishna in Rosh HaShana asks rhetorically, does a snake actually cure? Of course not! It explains that it was not the snake that healed but rather the snake was just a symbol for the nation to gaze heaven ward and repent.

The obvious mystery strikes every reader of the Torah. Why would the snake be an impetus of teshuva? Why didn’t Moshe put a sacred scroll on the stick? Why had the symbol of fiery venom and certain death motivated the nation to repent? What transforms the very item we loathe and fear into the symbol of our cure?

In fact on a secular note; it is a slithering image gliding up a staff that represents an organization that fights the effect of its very venom. Based on the episode in this week’s portion, the snake on a staff has become the symbol of those who are divinely guided to heal the very wounds that it inflicts. But why has our misfortune become the symbol of our cure?

Paul Harvey writes about a fascinating piece of American History, quite appropriate for Independence Day.

It was two decades before the Declaration of Independence. The Redcoats were tired of the colonies and they made sure the Americans knew it. They would sing a song, historians are not sure if the tune was of French, Spanish or German origin, but its lyrics were meant to taunt. The silly song mocked the colonists and was by the British sung outside the patriot’s meeting places – even in front of their houses of worship. It was meant to scare them into submission. But it did not.

A strange thing happened with the very tune orchestrated to demoralize the fledgling nation. The Americans stole it. And the ragtag brigades used it against their enemy. They sang it in battle. They sang it in victory. They even sang it in defeat! And it was played and sung by the victorious Colonial Army at the surrender of Lord Cornwallis at Yorktown in 1781. The song that was meant to mock became a ballad of honor and was incorporated into the melodies and compositions that glorified the victories of the colonial army. It even was highlighted in Benjamin Carr’s Federal Overture written in 1794.

So the very words that were meant to irritate were used celebrate, and the tune that was meant to jeer became a nation’s cheer. Even today every American child knows it and sings it proudly. Yankee Doodle!

How did Moshe survive his the ordeals, suffering and hardship that plagued him through most of his career? Moshe in his earliest meeting with Hashem endured a very frightening experience. Hashem told him to throw down his staff. It transformed into a vicious snake. And Moshe ran. But Hashem told Moshe to confront the snake and grab it. And it miraculously conformed back into a very benign stick (Exodus 4:1-5). Moshe now teaches that very lesson to Klal Yisrael. It is easy to run from your fears and horrors. Sometimes you may be running from the very monster that bit you. But if you confront the monster with fire in your eyes and sincerity in your heart, then you have nothing to fear. For with the right frame of mind, the very animal that took control of you is not only harmless, it becomes a source of strength.