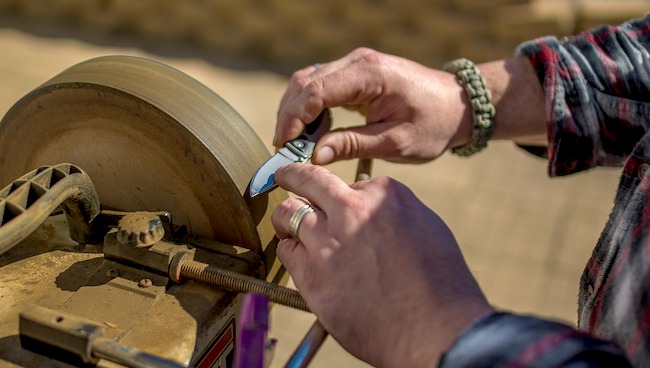 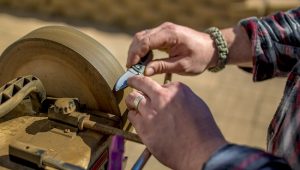 The sojourn in the desert was no walk in the park. True, it was a period of time in which miracles were the norm and the level of spirituality soared, but life next to G-d required a perfect commitment. The actions of the Jewish nation were scrutinized, the eyes of Hashem peering as a strict teacher, correcting and adjusting every wrong move with immediate censure and swift action. We suffered for our mistakes. The Jews wandered for 40 years because of the erroneous reports of the spies. And the many rebellions and uprisings concerning the manna and other matters, including the ever-resounding desire to return to Egypt, were met with swift, decisive retribution.

This week, however, the rebels are rebuked in three totally different ways, each a miracle onto itself. Korach organized a rebellion against Moshe and Ahron. Claiming nepotistic inconsistency, Korach said that Ahron did not deserve the position of Kohen Gadol. After all, he claimed “the entire congregation is holy, (they were all at Sinai). “Why, then,” he argued with Moshe, “do you raise yourselves higher than the rest of the congregation of the Lord?” (Numbers 16:3)

But this time the punishment is not the ordinary plague. First, In a display of absolute power and sovereignty, Hashem opens the earth and swallows Korach and the immediate family of rabble-rousers whole and alive!

Then his 250 co-conspirators are consumed by fire as they attempt to offer a ktores (incense) sacrifice. And afterwards, to quell more grumbling, another miracle occurs. Each tribal leader is commanded to place a stick in the ground and miraculously only Ahron’s stick begins to bud before their eyes. It grew leaves, flowers, and almonds — a heavenly sign that only Ahron merits the exalted position of Kohen Gadol.

It always bothered me. The opening of the earth is no little feat. Earthquakes of that magnitude did not occur at a moment’s notice! Wasn’t that event powerful enough to make the point? Why was there a need to quell the whining and punish the perpetrators with such powerful punishments and magnificent miracles? Shouldn’t a heavenly warning have been enough?

Rabbi Meshulm Igra of Pressburg was one of Europe’s leading scholars in the latter part of the 18th century. As a young man, he was engaged to the daughter of a prominent community leader in the city of Butzatz. A few months before the wedding the young chosson ate a meal at the home of his future father-in-law. Dessert was served together with a hot treat a delecicy that the impoverished Reb Meshulam had never heard of — coffee.

The servant brought out a cup of brewed coffee together with sugar and milk. The prospective father-in-law directed his son in law to partake. The young scholar looked quizzically at each of the entities and began to ponder. There were two liquids and sugar. The Talmud teaches that eating preceeds drinking. He took a sppon of sugar and ate it. Then he was unsure what to drink first the milk or the black brew. Noting that darkness in the Torah comes before day, he drank the black coffee. Noticing the grinds at the bottom of the cup, he took his spoon and began to eat them. Not wanting to embarrass his soon-to-be father-in-law who had served such a difficult-to-eat dessert, he slowly chewed and swallowed the grinds. His prospective bride stood in shock.

“Father,” she cried “I cannot marry a man who does not know how do drink a cup of coffee. He is a total klutz!” The engagement was broken.

Years later this same community leader visited the home of Rav Yeshaya Pick the prominent Rav of Breslow. Upon entering the study he noticed the rav engrossed in a letter. He looked totally concerned and distraught. When the man asked what problem was, Rabbi Pick told him that he just received a letter that is filled with the deepest insights. “I have to be totally immersed in Torah thought to begin to comprehend the level of this man’s brilliance. In fact,” he continued, “I do not think a man of this caliber has emerged in the last fifty years! And,” he added, “besides the brilliance, one can note his amazing humility and fine character throughout every word he writes.”

Then he looked up at the man. “You come from Butzatz. Have you ever hear of a man called Meshulam Igra?”

The man didn’t emit a verbal response. He fainted.

When he came to, he recounted the entire story of the engagement and its dissolution, how Rabbi Igra was meant to be his son-in-law but the match was broken over coffee grounds. Rabbi Pick looked up at him and shook his head sadly. “Is that so?” he exclaimed. “You gave up the opportunity for this great man because he did not know how to drink a cup of coffee?”

Then he looked at the man and simply declared, “Faint again!”

Perhaps the greatest undoing of our nation throughout its history is the non-appreciation of its great leaders. Among our midst exists diamonds, but they are often treated like raw coal. There is a most popular song, sung in the Yeshiva world on all holidays, ” Moshe emes v’Toraso emes. Moshe is true and his Torah is true.” The inseparability of the Torah and its teachers, the appreciation of the two as inseparable in their validity is a fundamental in throughout the writings of Maimonides and all the philosophies of Torah Judaism. Without recognizing the greatness of our leaders, we would be lost. Hashem did not the rebellion against Moshe to subside with just one action. It took three very different miracles, the splitting of the earth, the fire that consumed, and the budding of the dry sticks, to reiterate the most important point that sustains us until today. Because if we do not realize from where our strength comes, Hashem will remind us. And He will tell us to faint again!