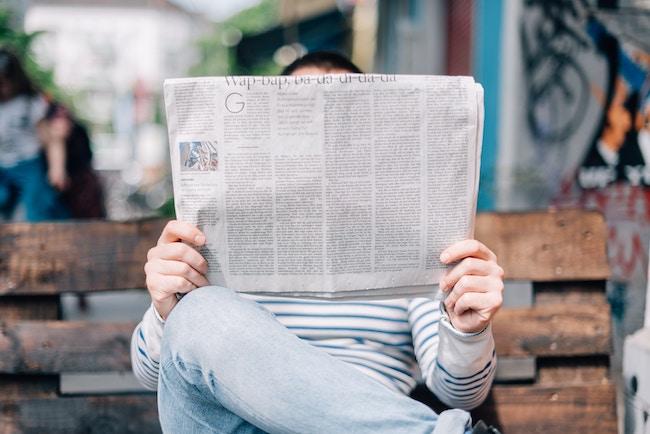 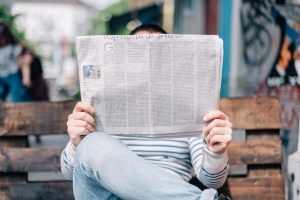 Though the marquee event of this week’s portion surrounds the epic event of Matan Torah, the giving of the Torah on Mount Sinai, there are still many lessons to be learned from every pasuk of the parsha, even the seemingly innocuous ones. Rabbi Mordechai Rogov , of blessed memory, points out a fascinating insight from the following verses that discuss the naming of Moshe’s children.

“Yisro, the father-in-law of Moses, took Zipporah, the wife of Moses, after she had been sent away, and her two sons – of whom the name of one was Gershom, for he had said, ‘I was a sojourner in a strange land.’ And the name of the other was Eliezer, for ‘the God of my father came to my aid, and He saved me from the sword of Pharaoh.'” (Exodus 18:2-4).

After Moshe killed the Egyptian taskmaster who had hit the Hebrew slave, Pharaoh put a price on Moshe’s head. The Medrash tells us that Moshe’s head was actually on the chopping block but he was miraculously saved. He immediately fled from Egypt to Midian. In Midian, he met his wife Zipporah and there had two sons.

The question posed is simple and straightforward: Moshe was first saved from Pharaoh and only then did he flee to Midian and become a “sojourner in a strange land.” Why did he name his first child after the events in exile his second son in honor of the miraculous salvation from Pharaoh’s sword?

Rav Rogov points out a certain human nature about how events, even the most notable ones, are viewed and appreciated through the prospect of time.

Chris Matthews in his classic book Hardball, An Inside Look at How Politics is Played by one who knows the Game, tells how Senator Alben W. Barkley of Kentucky, who would later serve as Harry Truman’s vice president, related a story that is reflective of human nature and memory. In 1938, Barkley had been challenged for reelection to the Senate by Governor A. B. ‘Happy” Chandler, who later made his name as Commissioner of Baseball.

During that campaign, Barkley liked to tell the story of a certain rural constituent on whom he had called in the weeks before the election, only to discover that he was thinking of voting for Governor Chandler. Barkley reminded the man of the many things he had done for him as a prosecuting attorney, as a county judge, and as a congressman and as a senator.

“I recalled how I had helped get an access road built to his farm, how I had visited him in a military hospital in France when he was wounded in World War I, how I had assisted him in securing his veteran’s benefits, how I had arranged his loan from the Farm Credit Administration, and how l had got him a disaster loan when the flood destroyed his home.”

“How can you think of voting for Happy?” Barkley cried. “Surely you remember all these things I have done for you!”

“Sure,” the fellow said, “I remember. But what in the world have you done for me lately?”

Though this story in no way reflects upon the great personage of Moshe, the lessons we can garner from it as well as they apply to all of us.

Rabbi Rogov explains that though the Moshe’s fleeing Pharaoh was notably miraculous it was still an event of the past. Now he was in Midian. The pressure of exile from his parents, his immediate family, his brother Ahron and sister Miriam, and his people, was a constant test of faith. Therefore, the name of Moshe’s first son commemorated his current crisis as opposed to his prior, albeit more miraculous and traumatic one.

Sometimes appreciating the minor issues of life take precedence over even the most eventful – if that is what is currently sitting on the table.