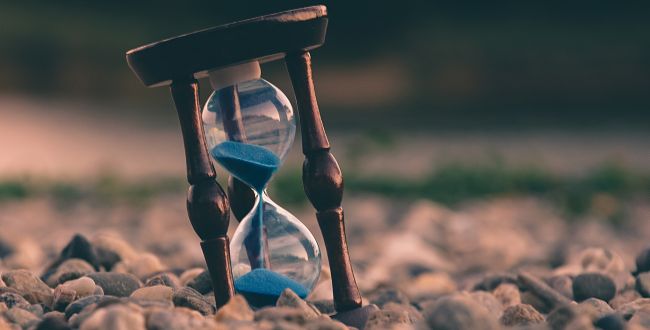 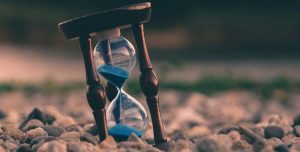 If you go out to war against your enemies, and HASHEM, your G-d, will deliver him into your hands, and you take his captives, and you see among the captives a beautiful woman and you desire her, you may take [her] for yourself as a wife. You shall bring her into your home, and she shall shave her head and let her nails grow. And she shall remove the garment of her captivity from upon herself, and stay in your house, and weep for her father and her mother for a full month. After that, you may be with her and be her husband, and she will be a wife for you. And it will be, if you do not desire her, then you shall send her away wherever she wishes, but you shall not sell her for money. You shall not keep her as a servant, because you have afflicted her. (Devarim 21:10-14)

What is the advice that the Torah is offering to counter the negative inclination? It is important to have as many tools in our toolbox as possible. Abraham Maslow famously said, “To the man who only has a hammer, everything he encounters begins to look like a nail.” What is the new instrument, what is this new method introduced by the Torah?

Years ago there was a first lady, Nancy Reagan, I believe, who famously said, “Just say no to drugs!” How right she was! How wrong! How is it possible to be both right and wrong? It depends on to whom those words are addressed.

There is an important distinction to be made in defining terms in Proverbs. King Solomon writes, “To know wisdom (Chochma) and discipline (Musar), to comprehend words of understanding.” (Mishlei 1:2) The Vilna Gaon explains that Chochma is a clear minded approach in advance to being subjectively involved in a situation. It’s like studying the driver’s manual before ever getting behind the wheel or reading a book on marriage before crossing the threshold of married life.

Everything can be made clear and understandable. However, Musar is aimed at the person who is already trapped by a given desire and he now needs to extract himself. That requires a different approach entirely.

Telling people who never tasted a drug to say “no” is extremely wise and valuable advice. Telling someone who is addicted to just say “no” sounds naïve and foolish. I’m sure she meant the first, but what do we say to the second scenario? When passions are roaring a person is like a train out of control. If you just say, “no” then the person just might run you over. He will sin anyway.

When a man confronts a woman in the middle of battle and his animal nature is strong what can we say to stop him? The answer can’t be flatly “no” but it can’t be “yes”. It is “yes, but later” and under certain condtions; When she grows her nails and shaves her head and cries out for her father’s house and you become sober then see if you feel the same way. This is the delay method.

I heard a story once about the Bluzchever Rebbe that someone came to him in a distraught state of mind. Their son fell in love with a gentile girl and now he wants to get married. “Rebbe, what should we do?” Oddly the Rebbe said, “Let’s make a L’chaim!” The man was shocked. The Rebbe told him to invite the other family to his house with both the future bride and groom.

That night they gathered at the Rebbe’s house and the table was filled with drinks. The Rebbe made sure to fill the future father in law’s glass with L’chaim after L’chaim until the mask of civility began to fade and real feelings started to flow. “You Jews always…Jews are… Jews never …” By the end of the night the boy himself was mortified by their true attitude and he called it off.  A plain and emphatic “No!” would not have worked, but the Rebbe understood that a gentle “yes” was only so time would tell.