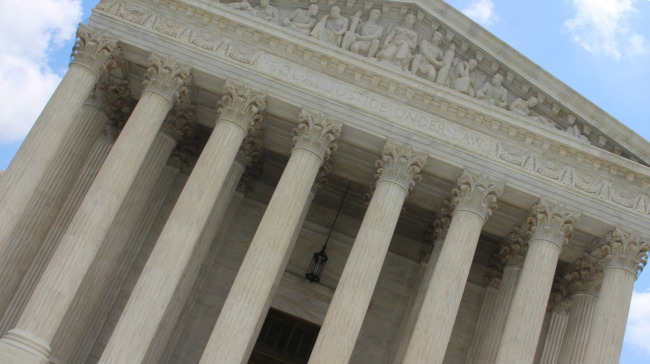 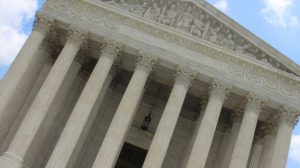 Nonetheless, we constantly hear public accusations, and the accused are already perceived as guilty, without trial. Reputations may be destroyed through accusation, even if the accused are later shown to be innocent…

The Benefit of the Doubt

To what extent does the Torah require that we give the benefit of the doubt?

According to the Rambam (Avos1:4) and Rebbenu Yona (Shaare Teshuva 3:218) only when the scales are balanced, and the judgment could go either way, must one give the benefit of the doubt. Still, the Chofetz Chaim writes (Shmiras Halashon 1, Shaar Hatevuna chap. 4) that we should be inclined to judge favorably even if the excuses seem very far-fetched.

The Chofetz Chaim makes his point from the following story (Shabbos 127b): One who judges his friend favorably will be judged favorably. It once happened that a man contracted to be an indentured servant in the south. After three years — on the day before Yom Kippur — he asked for his wages, with intention to return to his wife and children.

The landowner claimed he had no money. The worker requested, in turn, to be paid with produce, then land, cattle, or even pillows and blankets. At each request, the landowner said that he had none in his possession. Having no other option, the worker gathered his belongings and sadly went his way.

After Sukkos, the landowner made his way to the house of the worker. He brought with him the wages, and three donkeys laden with food, drink and treats. After they ate and drank, the landowner produced the wages, and asked, “What did you think of me, when I denied having money, land, cattle, produce, or even pillows and blankets?” The worker answered, “I thought perhaps you had no money because you had spent it on a special bargain; perhaps the land and cattle were rented out; perhaps the produce had not been tithed as yet; perhaps you had consecrated all your remaining possessions including your pillows and blankets.”

The landowner swore that these were, in fact, the correct reasons! He had, in fact, vowed to consecrate all his remaining possessions — his son had refused to learn Torah, and the landowner did not want the son to inherit anything. However, he later had the vow nullified, and was now free to pay the worker.

From this story the Chofetz Chaim concludes that one should search for possible reasons to justify others’ actions, even if the logic seems remote. The proof is that, as far-fetched as they seemed, the worker’s guesses were correct…

Rav Yaakov Galinsky explains the above story in greater depth, showing the worker’s incredible willingness to judge favorably. For three years he was away from home, with the promise that he would return with sustenance. After three years, he has nothing! “Give me produce!” he says. Three years of produce? What will he do with it now, on Erev Yom Kippur! “Give me land!” You can’t bring land home! How will this help his wife and children? He won’t be able to sell it right now. “Cattle!” How will he bring the cattle home, and how will cows benefit him? “Pillows and blankets!” Imagine that he tells his wife that he has earned three years worth of pillows and blankets — they don’t even have furniture!

What were the excuses? “The money was spent on a special bargain.” How could he have made purchases, when he knew that he had to pay three years of wages to the worker?

“The land was rented; the animals were rented.” Even so, money is exchanged for the rent of the cattle and the real estate. Where did that money go? Why didn’t it go to the worker? “The produce had not been tithed.” This must be because the landowner waited for a knowledgeable kohein. Sure, but you can tithe the produce yourself and hold the tithe until you find a suitable kohein.

In other words, the finest excuses that the worker could come up with still leave many questions…

The Shiltos, in Parshas Shemos, tells us that the worker was Rebbi Akiva, before he learned Torah, and the landowner was Rebbi Eliezer HaGadol. How important it is to emulate the refined character of Rebbi Akiva. How correct it was to judge favorably the mysterious behavior of the employer — he was the great Rebbi Eliezer! (The interested reader is advised to see the commentaries to Shabbos 127b, who help to unlock some of the mysteries of this story.)