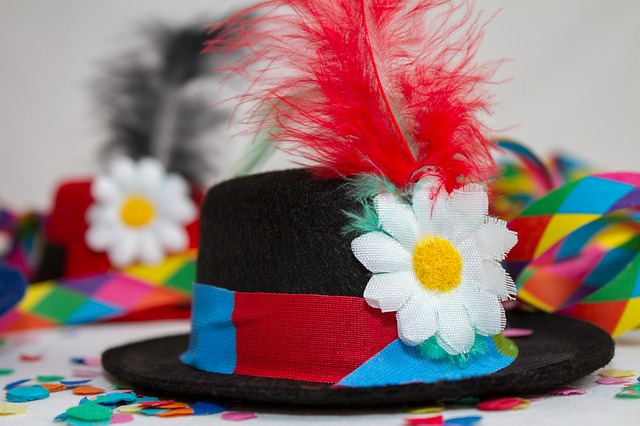 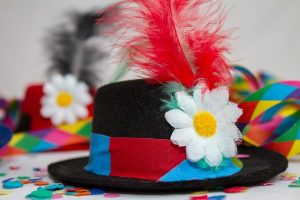 Purim contrasts with Yom Kippur. Whereas the fast of Yom Kippur follows the celebratory meals of Erev Yom Kippur, the Fast of Esther precedes the celebration of Purim. The feast of Purim demonstrates Hashem’s providential care; there is concern that the excesses of Purim may lead to inappropriate behavior. The fast subdues the power of the accuser to interfere. (Kav Hayashar, ch. 97)

The Beis Yoseif was told this by the magid, who then compared the situation to the fast of Erev Pesach for the first-born and other particular individuals. Due to the four cups of wine at the Seder, the accuser might interfere; therefore they fast. This demonstrates that the drinking and celebration is not to fill the desires of the evil inclination, but to serve the Creator. (Magid Meisharim, p. 180)

The story of Purim was precipitated by the sins of the Jews’ bowing to the statue of Nebuchadnezzar, and partaking of the feast of Achashverosh. Mordechai’s refusal to bow to Haman atoned for the bowing before the statue; Esther’s decree of fasting for three days atoned for the forbidden feast. (Manos Halevi)

How can one fast for three days? Medrash T’hillim says that they ate each day before sundown. (See Ran Rosh Hashana 18b; Manos Halevi in the name of Shaarei Bina)

Mordechai provoked Haman. Sitting in the courtyard of the king, he refused to bow to Haman, as all the king’s servants were ordered to do. When questioned — although he could have given an appropriate response (1) — he explained that as a Jew, he could not bow to Haman. As this was relayed to Haman, he (Haman) became incensed, and decided to kill all the Jews of the empire.

Why Mordechai did not bow to Haman is a complex topic in Gemara and halacha. Some opinions are briefly presented here.

Abaye and Rava debate: A man claims to be a god, but no one believes him. What is the status of those who choose to bow down before him because they fear repercussions?

Abaye says that it is forbidden; Rava disagrees. Even in the case of Haman, Rava explains, one would only be guilty if he believed in Haman’s divinity. If he bowed purely out of fear, he is not culpable. (Sanhedrin 61b)

Tosafos questions: According to Rava’s view, why didn’t Mordechai bow down to Haman? No one believed that Haman was a god! We are forced to say 1. Haman actually wore idolatrous-type images, as stated in Medrash (Esther Raba 6:2, 7:5), or 2. Even though Haman was not wearing images, Mordechai acted stringently, in order to make a Kiddush Hashem. (That is, although not required to do so, Mordechai did not want to give an impression of recognizing Haman’s divinity, although no one took this divinity seriously.)

The Terumas Hadeshen (1:196) quotes Rav Yitzchak of Oppenheim: One is allowed to bow to honor an officer, even if the officer is wearing idolatrous images, if this is obviously done merely for his honor.

The Terumas Hadeshen himself questions Rav Yitzchak — Tosafos had said that if Haman was wearing images, Mordechai was not allowed to bow down to him!

See the Magein Giburim (Orech Chaim 113): It’s impossible that Mordechai would be honoring Haman. Mordechai had publicly challenged and disgraced Haman, proving that Haman was his indentured servant (Megilah 15b). Since Mordechai could not be honoring Haman (and was not afraid of him), there remains no excuse to allow Mordechai to bow before him. It would have the appearance that he was bowing because of the images.

In Shulchan Aruch (Yoreh Deiya 150:3) the Rema quotes both views. Some say that if the officer or priest is wearing or carrying an idolatrous image, it is forbidden to bow to him because of the appearance. There are those who permit it, since even the non-Jews are only bowing in recognition of the person, not the image. The Rema concludes that it is proper to follow the stringent opinion. (Also see the Vilna Gaon there, and Orech Chaim 113:8, Mishnah Brura and Magein Giburim there, Chamra V’chai, Sanhedrin 62a.)

Esther’s initial refusal to go to the king (Esther 4:14) was meant as a reproof to Mordechai. “I cannot go to the king without being invited — it’s asking to be killed! Indeed, how did you risk the lives of all of Yisrael by provoking Haman?” First of all, Mordechai did not imagine that all of Yisrael would be threatened with annihilation. Secondly, Esther did not understand that Mordechai was attoning for the sin of the Jews’ bowing to the statue of Nebuchadnezzar. (Manos Halevi, Bnei Yisaschar, Shaar Yisaschar)

The result of the miracle of Purim was another acceptance of the Torah. Initially, the people did not listen to the Rav (Mordechai), who told them not to attend the feast. In the end, they came to respect and listen to the Rav, who is the vehicle for the transmission of the Torah’s traditions.

(1) The command to bow to Haman was given to the servants of the king. Mordechai was not included.