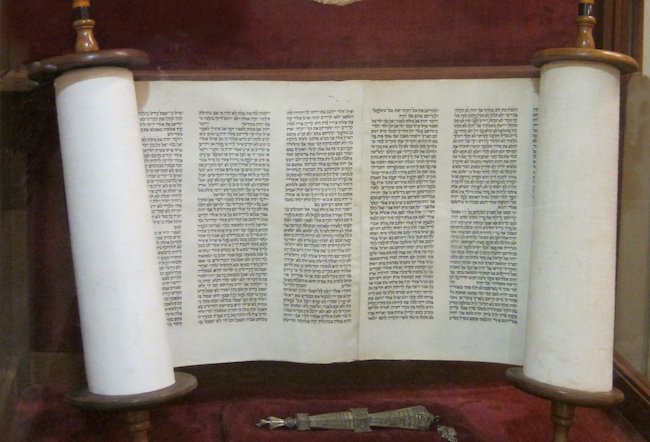 The Torah Outlook of the Avos 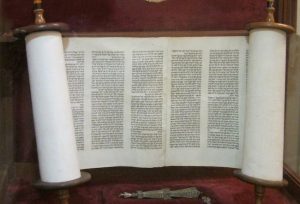 The First Mitzvah of Shema

When Yisrael was on his deathbed, he asked his twelve sons, “Perhaps you have an argument with the Holy One?” They answered: “Listen, Yisrael our father! Just as you have no complaint in your heart against the Holy One, so we have no argument in our hearts — rather, Hashem is One!” Yisrael then answered, “Blessed is the Name of the Honor of His Kingdom forever!”

This is the original source of the Krias Shema, before Moshe Rabbeinu gave the Torah. Although we are required to say the Shema twice daily — in the morning and at night — the concepts should be on our mind all the time. Not to have an argument with Hashem!

Rav Aryeh Levin told the following story, which he personally witnessed: A young man came before the Chofetz Chaim, complaining bitterly about his relentless suffering.

The Chofetz Chaim said, “If you were told that a decree of suffering had been determined for you, but you were given the choice whether to receive the hardships at a young age or old age, which would you chose?”

The young man said, “Certainly I would chose to have the suffering in my youth; I would have the strength then, and could look forward to the time when the hardships would be over.”

The Chofetz Chaim answered, “Then why are you complaining? Hashem has made the choice for you… He gave you the suffering in your youth. Don’t think that there will be even one additional iota of suffering beyond what was decreed!”

The brilliance of this response is that the youth may have felt that his suffering was not “decreed,” or that there may not be any definite limit to the decree. The Tzadik answered: What happens to us, is in reality — decreed; and it entails no more than what was originally decreed. Therefore, understand that it is for your own good, and don’t have an argument in your heart against the Holy One.

The Hashkafa of the Avos and the Shvatim

The Avos and Shvatim were raised with the attitudes of Torah. They constantly felt a sense of Hashem’s presence, and realized that all events emanate directly from Him. When Yoseif roughly accuses them of being spies, they immediately connect their harsh treatment with the harsh way they treated their brother, over twenty years earlier.

How did they realize these events were connected? There are certain similarities: The young Yoseif had been confronted by ten brothers; they failed to show mercy when they accused him. Now, those same ten are being accused without mercy.

Still, over twenty years have passed! It can only be that they have incorporated the Talmud’s concept into their lifestyles: “When suffering comes to a person, he should search through his actions to find the reasons for it.” It is clear to them that suffering comes for a reason; it cannot simply come from an Egyptian, but it comes from Hashem in the form of measure for measure — recompense for their own misbehavior.

The Malbim and the Akeidas Yitzchak agree that, in general, results are determined by Hashem; particular details may be altered based on individuals’ choices and actions. The only exception, according to the Malbim, was the Egyptian exile — in which case every detail of the outcome had been determined by Hashem.

Yoseif tells them, “It was not you who sent me here — but Hashem — and He has made me a father to Pharaoh, a master to his household, and a ruler to the whole land of Egypt.” (Bereishis, 45:8)

But they did bear personal responsibility! Yes, as they correctly saw, we do bear responsibility for our actions; when we have hardships, we must make a reckoning and seek atonement. Nonetheless, Hashem alone determines results. They sold Yosef — yes — but that does not explain how he ended up in Egypt, in a dungeon, or as ruler to the whole land of Egypt.

In spite of the fact that our mistakes may influence outcomes, we must look upon what happens to us with emuna — Hashem alone determines results!