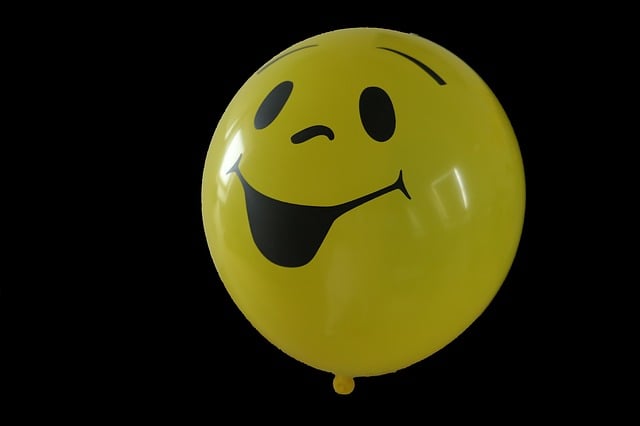 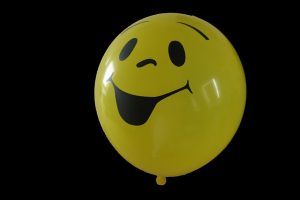 In this week’s Parashah, Moshe Rabbeinu is appointed to take Bnei Yisrael out of Egypt. However, the Parashah ends with Pharaoh intensifying Bnei Yisrael’s suffering, leading Moshe to ask: “My Master, why have You done evil to this people, why have You sent me? From the time I came to Pharaoh to speak in Your Name he did evil to this people, but You did not rescue Your people.” Rashi z”l comments that Moshe was saying: “If You will ask, ‘What concern is it of mine?’ I will answer, ‘I am complaining that You sent me at all’.” To this Hashem responded (see Rashi at the beginning of next week’s Parashah), “I can be trusted to reward fully those who go before Me.”

R’ Lewin answers: Our Sages teach that Hashem does not associate His Name directly with bad. [Rather, bad things happen when Hashem conceals Himself.] Therefore, “Whom shall I send?”–implying a direct messenger–refers to being a prophet to deliver good tidings, while “Who shall go for us?”–implying a volunteer–refers to being a prophet to deliver bad news. Yeshayah answered, “Send me!” meaning that he accepted the former job, but did not want the latter job.

Moshe’s mission included delivering good tidings to Bnei Yisrael and bad news to the Egyptians, as hinted to in Hashem’s seemingly redundant command (3:10), “Go and I shall send you to Pharaoh.” “Go” be the bearer of bad news and “I shall send you” with good tidings. Therefore, when Moshe’s initial visit to Pharaoh had only bad results, Moshe complained, “Why have You sent me?” In Rashi’s words: “I am complaining that You sent me at all.” How can You call that “sending” me, since nothing good came out of it? According to this understanding, R’ Lewin notes, Moshe was not complaining that Hashem made the suffering of Bnei Yisrael worse (for which Hashem surely had a reason). Rather, he was complaining that Hashem seemingly had misled him about what would happen and saying that he did not want to bring bad news to his people.

To this Hashem answered: “I can be trusted to reward fully those who go before Me.” You will be rewarded fully for delivering bad news. In any event, the intensified slavery is not bad, for it will lead to My keeping My word to the Patriarchs that I will take Bnei Yisrael out of Egypt with a “strong hand” and “wonders.” (Reprinted in L’Ohr Ha’Emunah p.45)

Rashi z”l explains Hashem’s response: Regarding your question, “Who am I to go unto Pharaoh?” that is, of what importance am I that I should speak with kings? I reply that it is not your undertaking, but Mine, for “I shall be with you.”

R’ Chaim Zaichyk z”l (1906-1989; Rosh Yeshiva of Yeshivat Bet Yosef-Novardok in Buchach, Poland; later in Israel) writes: Hashem hinted to Moshe here that he should not confuse the principal and the agent, the sender and the one who is sent. Hashem reminded Moshe not to think that he was in any way in control. One who is sent to perform a task is not tasked with analyzing the strategy or the consequences, but simply with performing the task, and that is Moshe’s job here.

R’ Zaichyk continues, quoting the Maharal of Prague z”l: Our Sages teach that one who gives credit when he quotes someone else merits to bring salvation to the world. We learn this from the fact that Esther gave Mordechai credit for uncovering the plot of Bigtan and Teresh, and she later merited to save the Jewish People. Maharal explains that Hashem wants to bring about salvation though people who will give Him credit for the salvation and glorify His Name, not through those who will take credit for themselves. In Egypt, too, Hashem’s goal was (Shmot 7:5), “Egypt shall know that I am Hashem, when I stretch out My hand over Egypt; and I shall take Bnei Yisrael out from among them.” (Ohr Chadash: Devarim p. 22)

The Midrash Yalkut Shimoni (Vayeishev 141) teaches: If Aharon had known that the Torah would relate, “When he sees you, he will rejoice in his heart,” Aharon would have gone out to meet Moshe with musicians and dancers. [Until here from the Midrash]

R’ Yosef Yozel Horowitz z”l (1847-1919; the Alter of Novardok) asks: Is the Torah disparaging Aharon, saying that he would have done a better job of welcoming his brother Moshe if he had known that the Torah would publicize his action?

To the contrary! the Alter answers. The Torah is revealing the degree to which Aharon had perfected himself. He was genuinely happy for his younger brother Moshe when the latter was appointed leader, not because he worked on being happy, but because his Middot / character traits were perfected to such a degree that it was second nature to him to rejoice at his brother’s success. As a result of his prior work on his Middot, Aharon was completely oblivious to the fact that there was something going on now about which he might have feel unhappy or jealous.

The Midrash is teaching, concludes the Alter, that had Aharon realized that the Torah would praise him, he would have understood that the situation he was in would present a challenge to a typical person. Had Aharon realized that, then, to ensure that he reacted properly to the challenge, he would have hired a marching band to welcome his brother–all to make sure that he welcomed his brother selflessly and with true happiness. (Madregat Ha’adam: Berur Ha’middot ch.8)

Hashem answered, “Now you will see!” Pharaoh’s increased evil will lead to a greater revelation of My power. Thus, you have brought about good, not bad. (Eliyahu Zuta)

The following is an excerpt from a letter that the noted Mishnah commentator, R’ Ovadiah Yarei z”l of Bartenura, Italy (approx. 1455-1515), wrote to his father and brother about his journey to Eretz Yisrael.

In the fourth month [Tammuz] on the fast day, in the year [5]247 [1487], I traveled from Naples on the large and good ship “Missione Blanca.” There were nine Jews on board. It took five days to reach Palermo because there was no wind. Palermo is a large city and the capital of Sicily. The Jewish community there numbers approximately 850 households, all living on one street in the best part of the land. They work as craftsmen, coppersmiths, blacksmiths, and porters, or they perform wide variety of agricultural tasks. They are looked down upon by the gentiles because their clothes are torn and dirty. They are required to wear a patch of red cloth over their hearts about the size of a gold dinar. The king’s demands weigh heavily on them, for they are commanded to go and perform whatever comes up–for example, to pull small boats to shore or to pave roads or other tasks. If a person is sentenced to death or to be whipped, the Jews must carry out the punishment. . .

The Bet Ha’knesset in Palermo is like no other. In the courtyard of the Bet Ha’knesset, there are grapevines hanging on the pillars. Grapes like those have never been seen; I measured one [perhaps he means, one bunch] at five little fingers across. From there they descend down stone stairs to the courtyard in front of the Bet Ha’knesset, which is surrounded on three sides by a colonnade. There are large chairs there where all the people who do not want to go into the Bet Ha’knesset, for whatever reasons, sit. There is a beautiful well there. On the fourth side is the door to the Bet Ha’knesset. The Bet Ha’knesset is a square of 40 Amot by 40 Amot. On the eastern wall is a beautiful stone structure like a cupola. They do not put the Sifrei Torah in an Aron, but rather in this structure, on wooden boards, in containers, with crowns on their heads and smaller crowns of silver and cut glass on the tops of the pillars. The Jews tell me that the value of the silver, glass and gold in this structure is today 4,000 gold [coins]. (Darchei Tziyon)