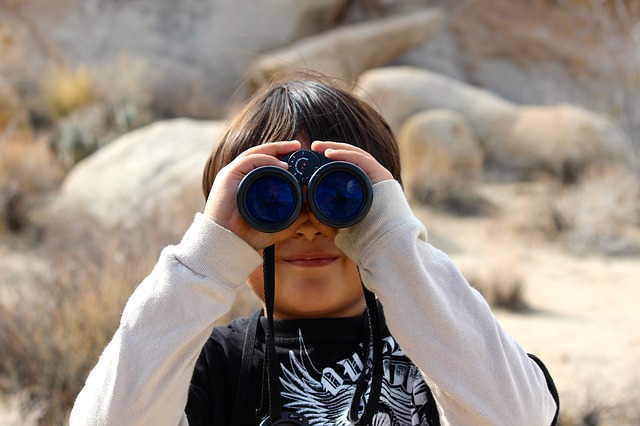 Where is Moshe Rabbeinu? 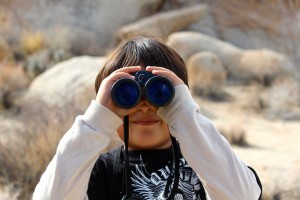 The Midrash Ha’ne’elam (quoted in Torah Sheleimah) explains that Moshe Rabbeinu’s name does not appear in our Parashah because he said, after the sin of the Golden Calf (32:32), “And now, if You would just forgive their sin! — but if not, erase me from Your book that You have written.” Says the Midrash: Moshe cursed himself conditionally, and Hashem in fact forgave Bnei Yisrael’s sin as a result of his plea. Even so, he was erased from one Parashah that speaks of the building of the Mishkan. Moshe Rabbeinu’s name should have been written in connection with every aspect and every mitzvah in this Parashah, but it was erased. This teaches that the curse of a Torah scholar comes true even if it was uttered conditionally. [Until here from the midrash]

R’ Menachem Mendel Kasher z”l (1895-1983; prolific author of Torah works) explains, citing earlier commentators: Even though the verse quoted above appears in next week’s Parashah, it is a general rule that the Torah is not necessarily written in chronological order.

Why was this Parashah chosen as the one from which Moshe’s name would be excluded? R’ Kasher writes, again citing other works: Originally, Moshe, not Aharon, was to have been the Kohen Gadol. However, when Moshe refused to go to Pharaoh to demand Bnei Yisrael’s freedom and he suggested that Aharon go in his place, the Torah says (Shmot 4:14), “The wrath of Hashem burned against Moshe and He said, “Is there not Aharon your brother, the levi?” He meant: Aharon would have been a Levi, and you a Kohen, but now it will be the reverse. Therefore, Moshe’s name is omitted from the Parashah that discusses the garments of the kohanim.

Some, however, explain the absence of Moshe’s name in our Parashah as a sign of distinction. The Parashah opens, “Now you shall command Bnei Yisrael . . .” Because this Parashah is the conclusion of the description of the Mishkan, Hashem wanted to give honor to Moshe by giving him a role in commanding Bnei Yisrael, without the usual introduction, “Hashem spoke to Moshe.” (Torah Sheleimah)

“Into the Choshen Ha’mishpat / Breastplate of Judgment shall you place the Urim and the Tumim, and they shall be on Aharon’s heart when he comes before Hashem; and Aharon shall bear the judgment of the Bnei Yisrael on his heart constantly before Hashem.” (28:30)

He continues: “Tumim” means “boundaries,” from the word “Tam,” which means “to reach the end.” It follows that what was placed into the Choshen Ha’mishpat was a description of how Eretz Yisrael would be divided among the tribes. Each tribe’s boundaries were written down and the paper or parchment was placed inside the Choshen opposite the gem that corresponded to that tribe. That would have the effect of preventing litigation among the tribes; therefore it is called, “The judgment of Bnei Yisrael.” (Bechor Shor)

R’ Yaakov Zvi Mecklenburg z”l (1785-1865; rabbi of Koenigsberg, Germany) writes: It is perplexing that Rambam z”l makes no mention of the Urim V’tumim when codifying the laws of the priestly garments. It appears, R’ Mecklenburg writes, that Rambam understands the Urim V’tumim to be the gems of the Choshen, which he does mention. The word “Urim” refers to the fact that the gems light up (“ohr”) to answer the Kohen Gadol’s questions. “Tumim” refers to the fact that person can trust (“Tamim”) the Choshen’s answers. (Ha’ktav Ve’hakabbalah)

R’ Shlomo Kluger z”l (1785-1869; rabbi of Brody, Galicia) explains how the Urim V’tumim are connected with the “judgment of Bnei Yisrael.”

Our Sages teach that there are two ways that the Jewish People can succeed in judgment. One way is by observing the Torah, while the second is by being unified. If Bnei Yisrael are unified, then, even if they are idolators, they will be acquitted in judgment, the Midrash Rabbah says.

Why was the blood of the sacrifice placed on Aharon’s ear cartilage and the joints of his thumb and big toe? R’ Mordechai Ha’kohen z”l (1523-1598; Tzefat, Eretz Yisrael; later, rabbi of Aleppo, Syria) explains:

Our Sages ask: Why was the ear made with a flap of soft cartilage? They answer: So that a person can fold the flap into his ear canal and not hear Lashon Ha’ra and other prohibited speech. Based on this, R’ Mordechai Ha’kohen writes: Aharon should have covered his ear and not paid any attention to the people’s request that he make a Golden Calf. Because he did not do so, his ears needed atonement.

Likewise, when the people said (32:1), “Arise! Make for us gods that will go before us,” Aharon should not have gotten up. The joints on a person’s fingers and toes help him stabilize himself when he gets up; therefore, those joints also needed atonement. (Siftei Kohen)

R’ Yitzchak Isaac Chaver z”l (1789-1852; rabbi of Suvalk, Lithuania) writes: It is no coincidence that there are twelve tribes and twelve stone in the Breastplate. These are in opposition to the twelve constellations of the zodiac. Through the Kohen Gadol, the Shechinah rests on Yisrael and we are able to transcend the laws of nature and to be subject to Hashgachah Pratit / G-d’s direct intervention. In turn, this gives us the ability to get advice and direction from the Urim V’tumim, contained in the Breastplate with twelve stones. If we do not merit, we are subject to the laws of nature and to the influence of the stars.

R’ Chaver adds: There are twelve months in a year and twelve hours in a day, and it is for us to determine whether they will be subject to the twelve signs of the zodiac or to Hashgachah Pratit. Also, when we merit, Yerushalayim of the future will have twelve gates. (See Yechezkel 48:31-34). (Haggadah Shel Pesach Yad Mitzrayim p.206)

The letter below was written by R’ Gamliel HaKohen Rabinowitz-Rappaport shlita, currently a rosh yeshiva of Yeshivat Shaar Ha’shamayim in Yerushalayim. It is printed in Tiv Ha’halachah p.144.

May The Merciful One remember for us the merit of Moshe, the loyal shepherd!

To all those who come here, whether regularly or occasionally, to pray or study in this Mikdash Me’at / minor temple [a euphemism for a shul] — may Hashem be with them so they shall live!

Because Shabbat of Parashat Tetzaveh is the third anniversary of the founding of this Mikdash Me’at, I decided, with G-d’s help, to write for the purpose of strengthening myself and others regarding the most important of principles–not to speak during Davening. Besides the significant improvement [in the quality of one’s prayer] that will result directly from not speaking during Davening, one who observes this also will be saved from a number of prohibitions that are spelled out expressly in the Shulchan Aruch.

First, one will be saved from the prohibition of being distracted while wearing Tefilin (see Shulchan Aruch 28:1).

Also, one will be able to fulfill the requirement (Shulchan Aruch 124:4) to listen to the Chazzan’s repetition of Shemoneh Esrei, to concentrate on his blessings, and to recite “Amen.” [The Halachah states:] If there are not nine people concentrating on the Chazzan’s blessings, they are practically blessings said in vain.

In addition, one who becomes accustomed to the above will not transgress the prohibition (Shulchan Aruch 151:1) on frivolous and light-hearted behavior in Shul . . .

Therefore, let us give glory to our Elokim and, as one, accept Him as our One King. Let us accept upon ourselves to act with awe in the Mikdash Me’at, and in this merit may we soon see the building of the Bet Hamikdash.

From the one who lovingly blesses you with the priestly blessing.