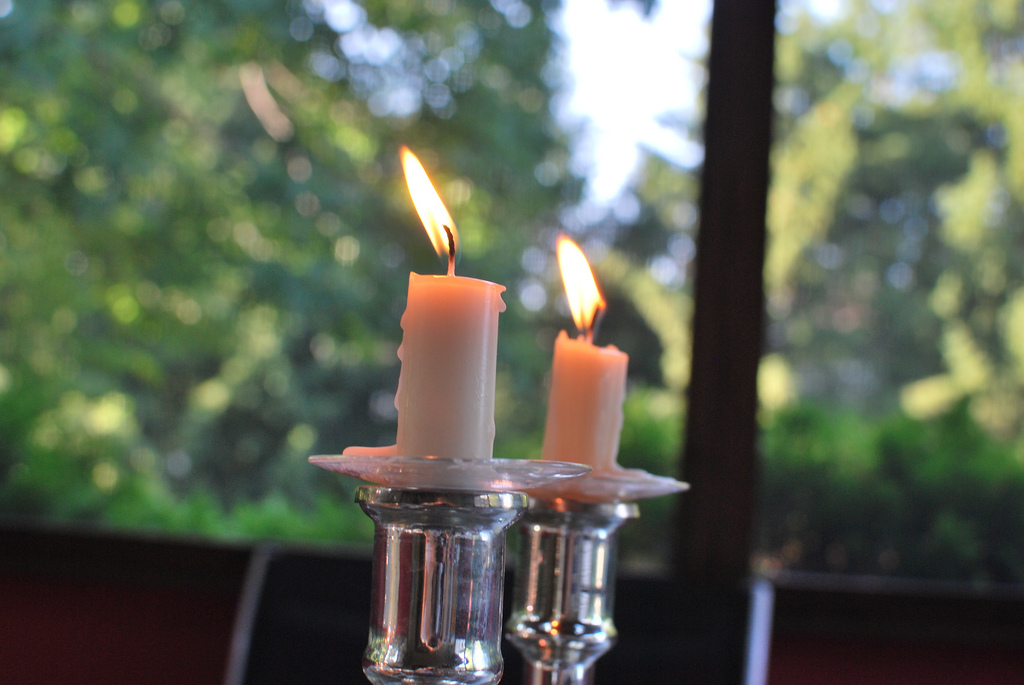 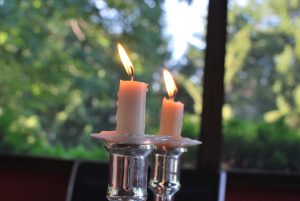 We read in our parashah (45:1), “Yosef could not restrain himself in the presence of all who stood before him, so he called out, ‘Remove everyone from before me!’ Thus no one remained with him when Yosef made himself known to his brothers.” Midrash Tanchuma comments that Yosef behaved improperly, for he risked his life by remaining alone with his brothers, who did not yet know his identity. Nevertheless, Yosef found that risk preferable to shaming his brothers in front of the Egyptians when he identified himself.

R’ Chaim ben Attar z”l (1696-1743) writes, citing the Zohar, that there are seven tzaddikim who parallel the seven days of the week. The tzaddik who parallels Shabbat is Yosef. Shabbat is associated with shalom / peace or harmony, as reflected in the greeting, “Shabbat Shalom,” and the blessing, “Ha’porais sukkat shalom / He who spreads the shelter of peace over us . . .” (Ohr Ha’chaim to Vayikra 19:3)

What is the connection between Shabbat and shalom? R’ Aryeh Finkel z”l (rosh yeshiva of the Mir Yeshiva in Modi’in Ilit, Israel) explains: Our Sages say that Shabbat is the source of all blessing. And, the Mishnah (end of Tractate Uktzin) states: “Hashem found no vessel that could hold a blessing other than shalom.” Thus, the blessing of Shabbat requires shalom.

R’ Finkel continues: In light of the midrash quoted above, we can see how Yosef exemplifies the trait of shalom, preferring to risk his life rather than shame another person. In next week’s parashah we read, as well (50:21), how Yosef “comforted them and spoke to their hearts.” Similarly, says the midrash, at the time of the Final Redemption, Hashem will console Yerushalayim and speak to her heart (see Yeshayah 40:1-2). (Yavo Shiloh)

“Yosef said to his brothers, ‘I am Yosef. Is my father still alive?’ But his brothers could not answer him because they were alarmed by his presence.” (45:3)

R’ Yitzchak Yerucham Borodiansky shlita (Yerushalayim) asks: What is “rebuke” versus “judgment”? He explains that even more than one must fear being judged by the Heavenly Court for his misdeeds, one should fear the shame, the disappointment in himself, that he will feel when he realizes how misguided his words and deeds were. These pangs of conscience will cause man far more suffering than the actual punishment that G-d will mete out.

R’ Borodiansky continues: This is what we mean when we say in the Pesach Haggadah: “With great fear – this refers to the revelation of the Shechinah.” When Hashem revealed His Shechinah to the Egyptians and they realized the error of their ways, this was far more fearsome than any of the Ten Plagues. (Siach Yitzchak: Geulat Mitzrayim & Shmot p.46)

R’ Shlomo Algazi z”l (1610-1677; Izmir, Turkey) asks: After Yehuda had been speaking at length about Yaakov’s pain, why would Yosef ask, “Is my father still alive?” Also, why were Yosef’s brothers unable to answer him?

We read later (45:27), “The spirit of their father Yaakov was revived (literally, ‘came alive’).” Rashi z”l explains this to mean that the Shechinah rested upon him. It was in this sense that Yosef was asking whether Yaakov was “alive.” “My father was a prophet. Why didn’t he know where I was all these years?”

Yosef’s brothers were unable to answer this question, for they understood that their actions were the cause of Yaakov’s losing his ruach ha’kodesh. (Shema Shlomo)

R’ Shlomo Flam z”l (1740-1813; early chassidic leader, popularly known as R’ Shlomo Lutzker) explains that Yosef’s words were addressed to different people. To Shimon and Levi, who originally hatched the plan to kill him (see Rashi to 42:24), he said, “Do not be saddened.” On the other hand, to Reuven, who had previously castigated the brothers for not accepting his advice to spare Yosef (see 42:22) and might do so again, he said, “Nor be angry.” [Why? “For it was to be a provider that G-d sent me ahead of you.” It was all part of His plan.] (Dibrat Shlomo)

R’ Yehuda Loewe z”l (Maharal of Prague; died 1609) writes: The words “the following” imply that there is something significant about the numbers that follow. Otherwise, the verse would have said simply, “And to his father he sent ten he-donkeys . . .” He explains: Yosef was conveying to his father that his brothers were not at fault for selling him. Just as a pack-donkey carries its burden with no understanding of what it is carrying or why, Yosef’s ten brothers were merely puppets in the Hands of Hashem when they sold him to Egypt. They actually had no idea why they were doing what they were doing. (Gevurot Hashem, ch.10)

“I am the Kel — Elokim of your father; have no fear of descending to Egypt, for I shall establish you as a great nation there.” (46:3)

Why would the information that he would become a great nation in Egypt console Yaakov? R’ Yosef David Sinzheim z”l (1745-1812; Chief Rabbi of Strasbourg, France) explains: Yaakov was aware of Avraham’s prophecy regarding a 400-year exile, and he feared that decree. Hashem responded: Do not fear! Your descendants’ numbers will be so great that they will finish the work of 400 years in only 210 years, as actually happened. (Shlal David)

R’ Aharon Dovid Goldberg shlita (Rosh Ha’yeshiva of Telshe-Cleveland) asks: Earlier we read (45:27), “[Yaakov] saw the wagons that Yosef had sent to transport him, and the spirit of their father Yaakov was revived.” Rashi z”l explains that this verse alludes to the fact that Yosef had informed his brothers of the Torah subject he had been studying with Yaakov at the time he left him. If his spirit was revived then, what is the meaning of Yaakov’s exclamation now?

R’ Goldberg explains: Our Sages speak of the importance of seeing the face of one’s teacher. For example, in Eruvin (13b), Rabbi Yehuda Ha’nasi says, “The reason I am sharper than my friends is because I saw the back of Rabbi Meir. Had I seen his face, I would have been sharper still.” R’ Yitzchak of Volozhin z”l (1780-1848) explains (in his introduction to his father’s work, Nefesh Ha’Chaim) that a person’s words and deeds convey only his outermost thoughts, while his deeper thoughts are conveyed by the “glow” on his face. Thus, writes R’ Goldberg, Yaakov was pleased when he saw from Yosef’s deeds and heard from Yosef’s words that Yosef remembered his learning. However, Yaakov could not know Yosef’s deeper feelings until he saw him. (U’vacharta B’Chaim Al Nefesh Ha’Chaim p.7)

This letter was written by R’ Shimshon David Pinkus z”l (rabbi of Ofakim, Israel; died 2001) in response to a question by a reader of R’ Pinkus’ Torah commentary.

I received your letter, and I am very grateful to you that you read the book Tiferet Torah. It is a great merit [for an author] when Torah scholars read [his] works.

Regarding Yosef [this reference will be returned to below]: There is no question that the kinyan / method of acquisition by which Yisrael acquired the Land and will acquire it again in the future is the kinyan of “kibbush” / conquest. This is an effective method of kinyan, and the complaints of the nations of the world [against Israel] do not arise from the method of acquisition used, for those nations also obtained their lands by conquest. Think about it! The nations of the world say [to us], “You are thieves!” But is there any nation which has been living in its current land since the generation of the Tower of Bavel [when the nations of the world were first formed]? All nations obtained their lands by conquest from one another. What then is their complaint? They are asking, “Is it right [for Yisrael to conquer land]? It is understandable that we [the nations] should do so. After all, we [the nations] are heirs of Esav who received the blessing (Bereishit 27:40), ‘You shall live by your sword,’ and of Yishmael, who was blessed with the words (Bereishit 16:12), ‘He shall be a wild man.’ But you are righteous! How can you do such a thing?”

This is why the Torah goes to lengths to defend our actions [by relating that Hashem created the world and gave Eretz Yisrael to the nation of His choosing]. Our honesty is demonstrated by Yosef [at the end of this week’s parashah]. He could have kept the Egyptians’ land for himself [when they gave it in exchange for food], but he did not do so. He acted as if he did not exist and gave everything to Pharaoh. . . .