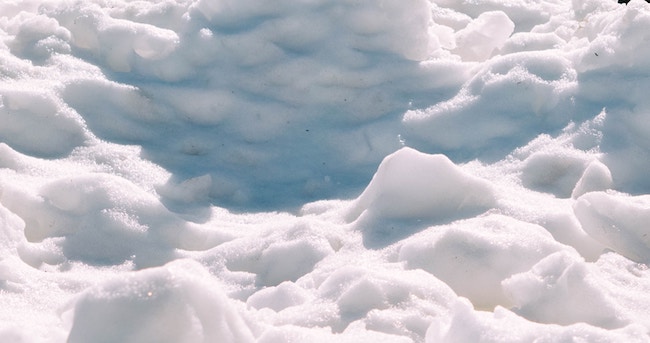 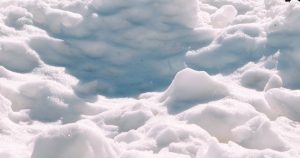 In this week’s Parashah, we read about the Mahn that Bnei Yisrael ate in the desert for 40 years. Our Sages say, “The Torah was given only to those who eat Mahn.” On a simple level, writes R’ Yitzchak Blazer z”l (1837-1907; one of the three primary students of R’ Yisrael Salanter, founder of the mussar movement; rabbi of St. Petersburg, Russia, because of which he is known as R’ Itzele Peterburger), this means that Bnei Yisrael had time to study Torah constantly because they did not need to work. However, it also can be explained differently, as follows:

The Gemara (Yoma 76a) asks: Why did Mahn fall on every weekday, rather than once a year? The Gemara answers: So that people who were worried about supporting their children would subjugate their hearts to their Father in Heaven. (In contrast, if they had received their sustenance for the whole year all at once, they would not think of G-d for an entire year.) This teaches, writes R’ Itzele, that a person who needs to work daily for his sustenance should feel fortunate, for Hashem has given him the same gift that the Generation of the Desert received: the opportunity to develop a relationship with, and Yir’ah / awe of, Hashem! And, our Sages say, “Without Yir’ah, one cannot have Torah.” It follows that “The Torah was given only to those who eat Mahn,” i.e., to those who receive their sustenance in the same way the Mahn was given–a little bit at a time. (Reprinted in Ohr Ha’mussar p.180)

“Yisrael saw the great hand that Hashem inflicted upon Egypt; and the people revered Hashem, and they believed in Hashem and in Moshe, His servant.” (14:31)

R’ Ben Zion Nesher shlita (one of the senior rabbis in Tel Aviv, Israel) writes: The verse implies that Bnei Yisrael believed because they saw, as in the popular expression, “Seeing is believing.” However, that expression is mistaken; by definition, believing occurs when one has not seen proof with one of his five senses–seeing, hearing, etc. Rambam z”l likewise writes that if one’s belief is based on proofs, it is deficient. Therefore, R’ Nesher writes, our verse must be interpreted differently.

He continues: Our verse may be understood based on the Gemara (Bava Batra 75a), as explained by R’ Chaim Shmuelevitz z”l (1902–1979; Rosh Yeshiva of the Mir Yeshiva in Shanghai and Yerushalayim). The Gemara relates that the Sage Rabbi Yochanan taught that, in the future, Hashem will place huge gems at the gates of Yerushalayim (see Yeshayah 54:12). One student mocked Rabbi Yochanan’s teaching, saying, “Today, we don’t even have gems as large as eggs. Could there be gems as large as you are describing?” Some time later, this student was traveling abroad, and he saw such huge gems. Upon returning, he told Rabbi Yochanan, “Now I believe what you said.” Rabbi Yochanan responded, “Empty one! You mock the words of the Sages!” [Until here from the Gemara]

Why did Rabbi Yochanan not become angry when the student first mocked his teaching, yet he was angry after the student reported that he had seen huge gems? R’ Shmuelevitz explains that, originally, the student could not be faulted for believing something that was too incredible for his small mind to grasp. However, after seeing the gems, the student should not have said, “Now I believe.” Rather, the proper reaction would have been, “I should have believed all along because my teacher said so.”

Our Sages say that the word “Az” was an atonement for Moshe’s challenge (Shmot 5:23), “Mei’az / From the time I came to Pharaoh to speak in Your Name he did evil to this people, but You did not rescue Your people.” R’ Nesher notes that Moshe Rabbeinu’s question is one we might ask when we are told in the Pesach Haggadah, “In every generation, a person must see himself as if he had left Egypt.” Can we really see ourselves that way when we are constantly under attack from enemies, yet Hashem remains silent?!

R’ Nesher continues: Chad Gadya is intended to answer this question. Each stanza in isolation leaves us wondering: Why did the cat deserve to be bitten by a dog? Why did the dog deserve to be hit by a stick? But, when we see the big picture, our questions are answered. The same is true of history. (Ibid. p.128)

Rashi z”l explains: “Mahn” means “food.” They called it “food” because they didn’t know what it was and could not call it by its proper name.

R’ Mordechai Neugroschel shlita writes: Shabbat is a remembrance of the creation of the world, including the physical world. It follows, therefore, that some hint to Shabbat should be observable in the physical world. Sure enough, during the forty years that Bnei Yisrael were in the desert, they saw physical manifestations of Shabbat week in and week out. First, a double portion of Mahn fell every Friday, while on Shabbat, no Mahn fell. Also, any Mahn that was kept overnight became wormy, except over Shabbat (Friday) night, when it did not become wormy.

R’ Neugroschel continues: It is not a coincidence that the testimony to the sanctity of Shabbat came via the Mahn. Mahn was pure nutrition, with no waste [see Rashi to Bemidbar 21:5]. That is why Bnei Yisrael could not figure out what it was and called it simply “food.” Before Adam ate from the Eitz Ha’da’at, all food was like the Mahn, because “good” and “bad” were distinct. After Adam’s sin, good and bad are intertwined, which is manifested in man having a Yetzer Ha’ra and also in the fact that food produces waste. Shabbat, however, recalls the time before Adam’s sin and is called “Yom She’kulo Tov” / “A day that is all good” and “M’ein Olam Ha’ba” / “A sample of the World-to-Come.” Thus, it is similar to the Mahn.

R’ Neugroschel concludes: Both the Mahn and the full sanctity of Shabbat are beyond our comprehension; thus, we call them by names that represent what they are not, rather than what they are: “Mahn” / “What is it? — for they did not know what it was,” and “Shabbat” / “The day of rest,” i.e., the day on which no work was done.” (Mi’darchei Ha’lev Ha’Yehudi Al Ha’Kuzari p.93)

“Moshe said to Aharon, ‘Take one jar and put a full omer of Mahn into it; place it before Hashem for a safekeeping for your generations.’ As Hashem had commanded Moshe, Aharon placed it before the Ark of Testimony for safekeeping.” (16:33-34)

The Midrash Yalkut Shmoni relates that, almost 1,000 years after the event described here, the prophet Yirmiyahu asked the Jewish People why they did not occupy themselves with Torah study. They answered, “If we are busy with Torah study, how will we earn a living?” In response, Yirmiyahu removed this same jar of Mahn from the Holy of Holies and said, “Look how Hashem sustained your ancestors while they were busy studying Torah! He has many ways of sustaining you!” [Until here from the Midrash]

R’ Yosef Yozel Horowitz z”l (1847-1919; the Alter of Novardok) observes: Hashem sustained the Generation of the Desert in a way that was entirely miraculous, beyond man’s wildest imagination. Perhaps He did this to reinforce the lesson that Yirmiyahu was teaching. When man plays a role in providing his own sustenance, even if that role is a small one and there are obvious miracles involved, human nature is to downplay the miracles and to attribute success to man’s involvement. To drive home the message that man’s sustenance comes entirely from Hashem, Hashem fed the Generation of the Desert in a way that no one ever could have imagined. (Madregat Ha’adam: Darchei Ha’bitachon, ch. 13)

Siddur Avodat Yisrael cites a custom to recite Psalm 66 on the Shabbat on which Parashat Beshalach is read. Accordingly, we present here verses from, and commentaries on, that Psalm.

“He changed the sea into dry land, they will have passed through the river on foot; there, we will have rejoiced in Him.” (Verse 6)

R’ David Kimchi z”l (Radak; 1160–1235; Narbonne, France) writes: “He changed the sea”–This was one of His wonders, that He turned the sea to dry land when He took us out of Egypt. “They passed through the river on foot”–This refers to the Jordan River, where we rejoiced when the exile ended [and we finally entered Eretz Yisrael]. (Peirush Ha’Radak Ha’shalem)

“Blessed is Hashem, Who has not turned away my prayer or His loving-kindness from me.” (Verse 20)

R’ Gamliel HaKohen Rabinowitz-Rappaport shlita (Rosh Yeshiva of Yeshivat Sha’ar Ha’shamayim in Yerushalayim) writes: One must praise Hashem for the fact that we are able to pray to Him. Thus, says our verse, “Blessed is Hashem”–one should bless Hashem, “Who has not turned away my prayer”–rather, He allows me to pray to Him at any time and in any situation. This is a great kindness on His part. Moreover, as a result of our prayers, He pours additional kindness upon us, as the verse says, “His loving-kindness [with] me.”

R’ Rabinowitz adds: This is similar to the idea we express in “Modim D’Rabbanan” (the “Modim” recited during the Chazzan’s repetition of the Shemoneh Esrei), when we say: “For the fact that we thank You, blessed is the G-d of thanksgivings.” Rabbeinu Asher z”l (1250-1327; Germany and Spain) explains that, in this phrase, we are giving thanks for the fact that Hashem chose us from among all the nations to be the ones who thank Him. (Tiv Ha’tehilot)