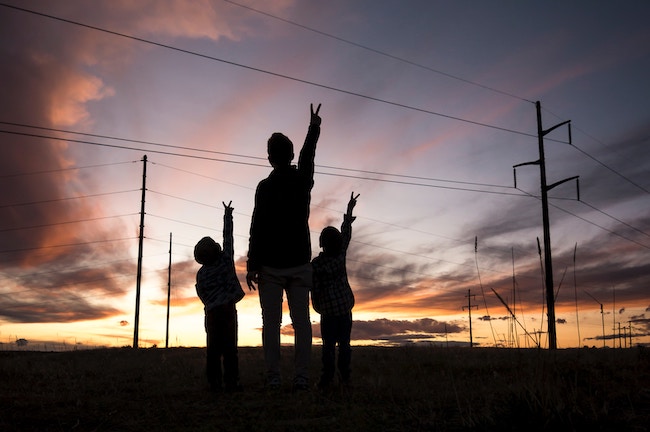 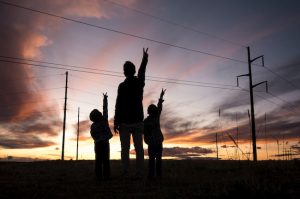 This week’s Parashah begins with the death and burial of the Matriarch Sarah. Midrash Rabbah applies to Sarah the verse (Tehilim 37:18), “Hashem knows the days of the Temimim / wholesome ones, their inheritance will be forever.” Says the Midrash: “Just as they are wholesome, so their years are wholesome.”

R’ Avraham Yitzchak Hakohen Kook z”l (1865-1935; Ashkenazic Chief Rabbi of Eretz Yisrael) asks: What is the connection between the first part of the verse, “Hashem knows the days of the wholesome,” and the second part of the verse, “Their inheritance will be forever”? He explains:

The Torah says (Devarim 33:28), “Yisrael shall dwell securely, solitary, in the likeness of Yaakov, in a land of grain and wine.” The Jewish People can be secure only when they stand apart from the nations of the world. Sarah was the first person to express this, saying (in last week’s Parashah–Bereishit 21:10), “For the son of the slave-woman shall not inherit with my son, with Yitzchak.”

Sarah also represents another “first.” Her burial place was the first Jewish-owned land in Eretz Yisrael, as described in this week’s parashah. Says R’ Kook: These two “firsts” are alluded to in the two parts of the verse, “Hashem knows the days of the Temimim, their inheritance will be forever.” The first phrase refers to Sarah’s understanding that Jewish wholesomeness is attained through Jewish solitariness. The second phrase refers to Sarah’s role in securing the inheritance of the Jewish People in Eretz Yisrael. (Shemuot Ha’raayah)

The Gemara (Shabbat 153a) states, “From a person’s eulogy, it can be discerned what kind of person he was.” R’ Eliezer David Gruenwald z”l (1867-1928; Hungarian rabbi and Rosh Yeshiva) explains: Hashem brings about good things through good people. Thus, if a eulogy awakens the audience to repent, then it clearly indicates that the deceased was a worthy person.

He continues: Our Sages say that our Matriarch Sarah died when she heard about Akeidat Yitzchak. This could be interpreted as spiritual weakness on her part and might lead us to think that she was not spiritually complete. But, if that were the case, her eulogy would not have made an impact on listeners. Thus, says our verse, when Avraham came to eulogize her, and he saw that the listeners were indeed moved, it added to his appreciation of Sarah’s greatness, and he cried for her. (Keren L’David)

“He said, ‘Hashem, Elokim of my master Avraham, may You so arrange it for me this day that You do kindness with my master Abraham’.” (24:12)

R’ Yosef Yozel Horowitz z”l (1847-1919; the Alter of Novardok) asks several questions about the behavior of Eliezer, Avraham’s slave: Why did he pray for the success of his mission to find a wife for Yitzchak; couldn’t he rely on the certainty that Avraham was praying that a fitting wife be found for his son? Why did Eliezer give Rivka jewelry even before he knew who she was (24:22)? Why was Eliezer so eager to finish the business for which he had come before he ate (24:33)? Why did he take such pains to build up Avraham in the eyes of Rivka’s family (24:35)? Finally, why did Eliezer negotiate so hard to take Rivka back with immediately (24:56)?

The Alter explains: The Midrash Bereishit Rabbah teaches that Eliezer had hoped that Yitzchak would marry Eliezer’s own daughter. Therefore, Eliezer had a conflict of interest that could have led him to execute his mission only half-heartedly and, therefore, to fail. Eliezer recognized this conflict, and, as a loyal servant, attacked it head on, asking for Hashem’s help, and not trusting himself to delay even a moment.

In our Parashah, we read the same story twice–once when it happens and again when Eliezer tells it to Rivka’s family. This is surprising, because the Torah is not overly generous with its words; indeed, we learn some Halachot from nothing more than an extra letter in the Torah. Commenting on this, Bereishit Rabbah teaches: “The mundane conversation of the slaves of the Patriarchs is ‘more beautiful’ than the Torah of their children.” The Alter explains: The Torah was given so that a person can perfect his Middot / character traits. The “beauty” of this story is that the Torah teaches us Eliezer’s strategy for success, prodding us to recognize the conflicts of interest that prevent us from being faithful servants, and the lengths to which we should go to overcome them. (Madregat Ha’adam: Darchei Ha’teshuvah ch.9)

“Lavan and Betuel answered and said, ‘The matter originated from Hashem! We can say to you neither bad nor good’.” (24:50)

R’ David Holzer shlita (Miami Beach, Florida) asks: How was Eliezer able to convince two non-believers that what occurred was miraculous? He answers: Eliezer did two things. First, he said (verse 33), “I will not eat until I have spoken my piece.” This showed Lavan and Betuel that something so incredible had happened to Eliezer that he had lost interest in any pleasure other than re-telling his story. Second, he began his story by saying (verse 34), “I am Avraham’s slave.” This showed that he sought no personal glory from telling his story.

“King David was old, advanced in years; they covered him with garments, but he did not become warm.” (Melachim I 1:1 – from this week’s Haftarah)

The Gemara (Berachot 62b) teaches: If one mistreats clothing, he will, in the end, have no pleasure from them.” We learn this from the fact that King David’s clothes could not keep him warm, which was a punishment for the fact that, years earlier, he had torn off a corner of King Shaul’s garment (see Shmuel I ch.24).

Many ask: Wasn’t David’s tearing Shaul’s garment an act of self-defense? Why is he faulted?

R’ Avigdor Miller z”l (1908-2001; rabbi, educator and author; considered one of the first American-born “Gedolim”) explains: Before Adam and Chava ate from the Etz Ha’da’at, they had no Yetzer Ha’ra and, therefore, did not need to cover their bodies. Immediately after their sin, they made themselves garments out of fig leaves. Shortly afterward, Hashem gave them leather garments to wear. What was wrong with the clothing they had made for themselves? R’ Miller asks. He answers: Hashem was teaching them a lesson. One purpose of clothing is modesty. For that, fig leaves would have been adequate. However, clothing also has a higher purpose: to remind man that he is special. Animals do not wear clothing. People do wear clothing, because people are not animals.

This, continues R’ Miller, is the meaning of the Gemara (Shabbat 113a; Sanhedrin 94a) that relates that Rabbi Yochanan called his clothes, “That which makes me honorable.” He did not mean that his clothes gave him honor in the eyes of other people. Rather, he meant that his clothes remind him of his own status as a human being.

In short, R’ Miller concludes, clothing are a reflection of the fact that man, unlike animals, was created in G-d’s “image.” If one truly takes that to heart, truly appreciates man’s uniqueness and the lofty lesson that his clothes represent, he would be incapable of tearing clothing, even in self-defense. (Torat Avigdor Vol. I p.36)

R’ Moshe ben Maimon z”l (Rambam; 1135-1204; Spain and Egypt) writes: The floor of the Azarah / Temple courtyard was paved with precious stones. If one of them came loose, even if it was still in its place, a Kohen would not be permitted to perform the Avodah / Temple service while standing on it; rather, it first had to be fixed in place. (Hilchot Bet Ha’bechirah 1:10)

R’ Chaim Kanievsky shlita (Bnei Brak, Israel) writes: Even though the Mishkan in the desert had no floor, the Bet Hamikdash required a floor. Still, if a stone is loose, that only prohibits a Kohen from standing on it while performing the Avodah. He still may make use of the air space above that loose stone for the Avodah.

R’ Kanievsky continues: Although we would be permitted to offer sacrifices today, when there is no Bet Hamikdash, if we knew the proper location for the Mizbei’ach / altar, it first would be necessary to lay a stone floor around the Mizbei’ach. That floor only would need to be around the altar and would not have to cover the entire area that would be inside the Azarah if the Bet Hamikdash were standing. (Derech Chochmah)

Rambam continues: The preferable way to perform the Mitzvah [of building the Bet Hamikdash] is to make its walls strong and to make it as tall as the Tzibbur / congregation can afford. They also should make it as glorious and beautiful as they can afford. If they can afford to cover the walls with gold veneer, that too is a Mitzvah. (Hilchot Bet Ha’bechirah 1:11)