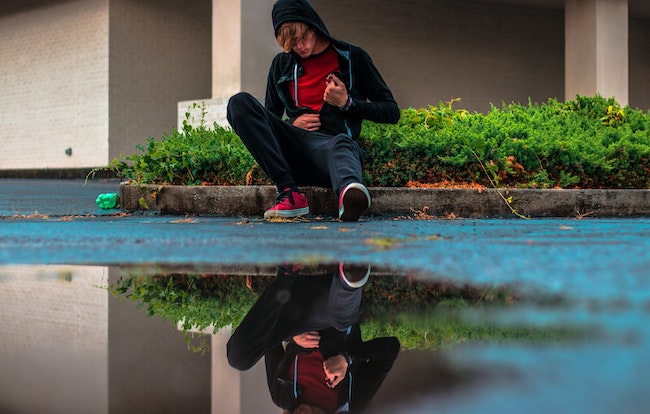 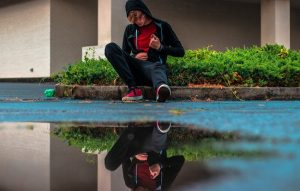 R’ Wolbe elaborates: The Creator is beyond our understanding. G-d is “Kadosh, Kadosh, Kadosh,” as we say in the first sentence of the Kedushah prayer–holier that we can comprehend. But, says the second sentence of Kedushah, “The earth is full of His Kavod / honor.” Whatever Hashem chooses to reveal of Himself in our world, so we can revere Him, we call His “Honor.” Giving honor is therefore how we can connect to Him, and in this week’s Parashah focuses on defining “honor” as the Torah views it.

R’ Wolbe continues: A person who does not give honor to others demonstrates that he does not appreciate the greatness of man in general. The same is true of a person who does not honor himself, who lacks self-esteem, or who is overly self-deprecating; it even is true of a person who does not dress respectably. Thus, the Gemara (Shabbat 113b-114a) refers to clothing as “that which gives me honor,” and says that a Torah scholar who has a stain on his clothing is deserving of the death penalty. However, our Sages are not telling us to seek superficial displays of honor, like a seat at the eastern wall of the Shul. Rather, we should seek honor that reflects the holiness of G-d and of man’s soul. (Shiurei Chumash)

R’ Moshe ben Nachman z”l (Ramban; 1194-1270; Spain and Eretz Yisrael) writes: The meaning of “Mikra’ei Kodesh / holy convocations” is that you should gather to sanctify Him. It is a Mitzvah for all of Yisrael to gather in “G-d’s house” on the day of the festival, to sanctify the day publicly with prayer, Hallel / praise to Hashem, and clean clothing, and by making it a day of feasting.

Ramban continues: The Aramaic translation of Onkelos understands the word “Mikra” as meaning “occasion,” such that “Mikra Kodesh” commands us to make the festival a “holy occasion.” This means that we should not treat the festivals like any other day; rather, we should make them holy occasions by sanctifying the way we eat and dress. (Be’ur Al Torah)

The Gemara (Sukkah 53a) records the reminiscence of one of the Sages about the Sukkot celebration in the Bet Hamikdash: “When we would rejoice at the Simchat Bet Hasho’evah, our eyes did not see sleep.”

What does this mean? asks R’ Moshe Yehoshua Hager z”l (1916-2012; Vizhnitzer Rebbe). Is sleep something one can see with his eyes?

He explains: Halachic authorities write (regarding the custom to refrain from sleeping during the day on Rosh Hashanah), “Wasting time is equivalent to sleeping.” This, writes the Vizhnitzer Rebbe, is “sleep” that one can see, for his eyes are open. During the Simchat Bet Hasho’evah in the Temple, there was no wasted time, the Gemara is teaching. It was a time of such spiritual elevation that the mere thought of wasting time was impossible. Rather, those present were completely occupied with serving Hashem.

The Vizhnitzer Rebbe continues: There are those who say, “I learned today’s Daf Yomi” (or some other pre-determined quota of Torah study); now, I am free for the rest of the day. Is that really all that is expected of us? No, he answers, “We must learn more, and we must learn better,” i.e., we must increase both the quantity and quality of our Torah study and Divine service.

This, concludes the Vizhnitzer Rebbe, is the foundation of life: Time is not Hefker / a free-for-all. A moment spent studying Torah lasts forever. A moment wasted is lost forever. (Yeshuot Moshe: Ma’adanei Shulchan)

Rabbi Chanina ben Dosa says, “Anyone whose ‘Yir-at Chet-o’ / fear of his sin precedes his wisdom, his wisdom will endure.” (Chapter 3)

R’ Yehuda Loewe z”l (the Maharal of Prague; died 1609) writes: Don’t ask why the Mishnah says, “Fear of his sin,” rather than, “his fear of sin.” This is not a question, says Maharal, for every person is “ready” to sin, as is written (Kohelet 7:20), “There is no man on earth so wholly righteous that he always does good and never sins.” Therefore it says, “Fear of his sin”–i.e., the sin that he is “prepared” for. (Derech Chaim)

Every person must go on the path that is suitable for him. Different people have different Middot / traits. Thus, one person must guard against a sin that he is susceptible to, while another person is not susceptible to that sin. In turn, the second person is susceptible to a particular sin to which the first person is not susceptible. Thus the verse says, “One who walks in his uprightness . . .”–i.e., the particular path of uprightness that is suitable for him. Sometimes, one person’s path will seem wrong to the masses; that’s because they don’t know what a specific individual needs. One who nevertheless “walks in his uprightness” is one who “fears Hashem.” [Until here from the Vilna Gaon].

R’ Wolbe adds: This is what the Maharal means as well: Every person is “prepared” by his nature for certain sins, and it is those sins in particular that a person must fear. This means, R’ Wolbe continues, that the foundation of character improvement is to know oneself; there is no one-size-fits-all approach to improving one’s Middot. It also means that adopting specific practices (above and beyond what Halachah requires) just because one sees others doing so is pointless, since one person may need those particular stringencies while another does not. (Alei Shur I p.133)

R’ Itamar Schwartz shlita (Yerushalayim; author of B’lvavi Mishkan Evneh) writes similarly: In any field in which a person engages, he makes a point to understand the capabilities and limitations of the tools and implements he is given to work with. If a person was given a Nefesh / soul with which to accomplish a mission in this world, does it not make sense to get to know that soul? For some reason, he writes, we spend billions of dollars to explore outer space but make relatively little effort to explore inside ourselves. A person must know that any effort he makes to work on himself before he knows himself is destined to fail. (Da Et Atzmecha p.3)

Siddur Avodat Yisrael cites a custom to recite Psalm 42 on the Shabbat on which Parashat Emor is read. Accordingly, we present here a verse from, and commentaries on, that Psalm.

“For me, my tears were sustenance (literally, ‘bread’) day and night, when they say to me all day long, ‘Where is your Elokim’?” (Verse 4)

He explains: Prayers are not answered because we focus too much on our material needs; “My tears were [about my] sustenance day and night.” When praying, we forget to shed tears over the destruction of the Bet Hamikdash, the “exile” of the Shechinah, and G-d’s “pain”–tears for “Where is your Elokim?” (Quoted in Tehilim Al Pi Ha’Maggid Mi’Dubno)

Rambam z”l writes in Moreh Nevochim (3:51) that a person’s mind should never disengage from his attachment to Hashem. R’ Gamliel Hakohen Rabinowitz-Rappaport shlita (Rosh Yeshiva of Yeshivat Sha’ar Ha’shamayim in Yerushalayim) observes that one of the ways to attain this level–shedding tears frequently–is alluded to in our verse: “My tears were [my] sustenance day and night, [because] they say to me all day long, ‘Where is your Elokim’?” Where is your connection to Him? (Tiv Ha’Tehilot)