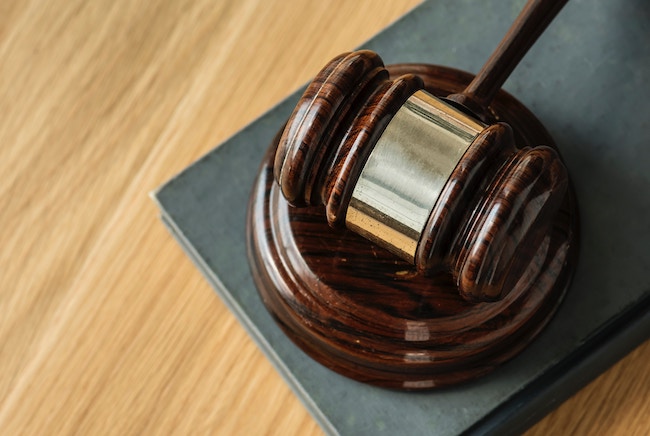 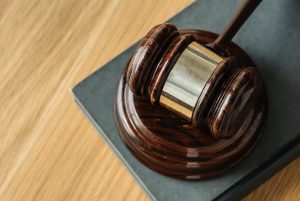 Sponsored by
Eli, Rachel Adina, Daniel Avraham,
Yonatan and Chana Rutstein
in honor of the birthday of
their wife and mother Galit Rutstein

A large part of this week’s Parashah is devoted to the making of the Golden Calf and the aftermath of that event, including Hashem’s anger at Bnei Yisrael and Moshe’s prayers that they be spared annihilation or another harsh punishment. However, R’ Yitzchak Ze’ev Yadler z”l (1843-1917; Yerushalayim) notes a seeming incongruity in the verses. First (32:7-10), Hashem declares His intention to destroy Bnei Yisrael. Next (32:11-13), Moshe prays for them. We then read (32:14), “Hashem reconsidered regarding the bad that He had declared He would do to His people.” Seemingly, Hashem had forgiven Bnei Yisrael at that point. Why then, later (32:26-29) does Moshe order that the sinners be put to death, after which (32:30), Moshe says, “You have committed a grievous sin! And now I shall ascend to Hashem–perhaps I can win atonement in the face of your sin.”

R’ Yadler explains based on Midrash Vayikra Rabbah, which comments on the verse (Mishlei 10:12), “Hatred awakens judgment.” Says the Midrash: The hatred that Aharon placed between Yisrael and their Father in Heaven awakened strict judgment. [Until here from the Midrash; see more about this Midrash on page 2.] How did Aharon create “hatred” between Yisrael and Hashem? R’ Yadler answers: Hashem knows everything, but He conducts Himself as if He doesn’t, and He reacts to our words and actions. If we speak lovingly of our fellow Jews, Hashem acts lovingly toward us. If we speak ill of our fellow Jews, Hashem, too, “notices” their sins and reacts to them.

Here, we read (32:21-22), “Moshe said to Aharon, ‘What did this people do to you that you brought a grievous sin upon it?’ Aharon said, ‘Let not my master’s anger flare up. You know that the people is disposed toward evil’.” As a result of Aharon’s words about Bnei Yisrael, Hashem’s anger flared up–even though He had already forgiven Bnei Yisrael. Therefore, Moshe had to punish the sinners and pray again for forgiveness. (Tiferet Tziyon: Parashat Tzav)

“Aharon saw and built an altar before him. Aharon called out and said, ‘A festival for Hashem tomorrow!’” (32:5)

Midrash Vayikra Rabbah comments on the verse (Mishlei 10:12), “Hatred awakens judgment”: The hatred that Aharon placed between Yisrael and their Father in Heaven awakened strict judgment. Rabbi Assi says, “This teaches that Aharon would take the sacrifices they offered to the Golden Calf and pulverize them, saying, ‘See! It is powerless to object.’”

R’ Eliezer Papo z”l (1785-1828; Bulgaria; best known as the author of Pele Yo’etz) explains: There is a Mitzvah to deliver Tochachah / rebuke. But, King Shlomo taught (Kohelet 3:7), “There is a time to be silent and there is a time to speak.” Specifically, people sometimes deliver Tochachah in a way that transgresses the words of the Gemara (Yevamot 65b), “It is a Mitzvah and an obligation to not give Tochachah that will not be accepted.” In such cases, it would have been better to remain silent.

[Our Sages describe Aharon as a person with a deep understanding of human nature.] Due to his greatness, Aharon should have known that his rebuke would fall on deaf ears, and he should have remained silent. He should not have rebuked them. Of such situations, the Gemara teaches (Shabbat 148b), “Leave Yisrael alone! Better that they sin Be’shogeg and not Be’meizid!”

R’ Papo adds: Regarding this we read (Kohelet 12:14), “For Elokim will judge every deed–even everything hidden–whether good or evil.” As happened to Aharon here, there are circumstances in which a person is judged even for his good deeds. (Ya’alzu Chassidim ch.1)

“Hashem reconsidered regarding the bad that He had declared He would do to His people.” (32:14)

Midrash Yalkut Shimoni (on Devarim 33:1) comments on the verse (Mishlei 31:29), “Many daughters (offspring) have done great things, but you surpassed them all”: This refers to Moshe Rabbeinu, whose achievements surpassed those of all other humans.

The Midrash continues: Noach said to Moshe, “I am greater than you, for I was saved from the generation of the Flood.” Moshe replied, “You saved yourself, but you could not save your generation. In contrast, in my case it is written, ‘Hashem reconsidered . . .’ To what may this be compared? To two ships in the sea–the captain of one saved himself, but not his ship, while the captain of the other saved himself and his ship.” [Until here from the Midrash]

R’ Yosef Zehnwirth z”l (1929-2012; Yerushalayim) asks: Why is Noach criticized for not saving his generation, being equated to a ship captain who saved only himself? For 120 years, he built the ark in a public place so that he could warn passers-by of the impending flood! They are at fault for not responding!

He answers: The criticism of Noach is that when he did not succeed in influencing his generation, he simply boarded the ark and moved on. In contrast, Moshe said: If you will not forgive, erase me from Your book! That is how dedicated a leader should be. (Quoted in Yerushalayim Kelilat Yofi p. 239)

R’ Yissachar Shlomo Teichtal z”l Hy”d (1885-1945; rabbi of, and Rosh Yeshiva in, Pieštany, Czechoslovakia) explains: In the future, when it is revealed beyond question that Hashem is the One and Only Power, we will understand also how everything that ever happened that seemed bad was, in fact, good. In this world, however, we cannot understand that.

When Moshe asked, “Show me your glory,” he was asking to be shown why “bad” things happen to the righteous. As just noted, however, that cannot be understood in our world. Only in the future, in the era of the Son of David, will “all” of Hashem’s goodness be understood. (Mishneh Sachir Al Ha’Torah)

Siddur Avodat Yisrael cites a custom to recite Psalm 75 on the Shabbat on which Parashat Ki Tissa is read. Accordingly, we present here verses from, and commentaries on, that Psalm.

The word “Keren” (singular of Karnayim) means “power,” because an animal’s horns–the literal meaning of “Karnayim”–give it power. (Metzudat Tziyon)

R’ Moshe Sofer z”l (1762–1839; rabbi and Rosh Yeshiva in Pressburg, Hungary) writes in the name of R’ Leib Emrich z”l (Frankfurt am Main, Germany; died 1717): This verse alludes to the future, when evil will be eradicated from the world. A “Keren” is also a corner [as an animal’s horn is at a “corner” of its head] and thus can refer to the first and last letters of a word, which anchor the word in the same way an object’s corners anchor the object. The “corners” of the word “Rasha” (Reish-Shin-Ayin) / wicked person are the letters Reish and Ayin, which spell “Ra” / evil. In the future, Ra will be eradicated, leaving only the letter Shin from the word Rasha.

R’ Sofer continues: If we also remove the “corners” of the word Tzaddik (Tzaddi-Dalet-Yud-Kuf), i.e., the Tzaddi and Kuf–but, of course, we will not eliminate those letters from our discussion, since the righteous will not be eliminated in the future as evil will be–we have the word “Ketz” (Kuf-Tzaddi) / the end of days. If we add the letter Shin remaining from the word Rasha to the Dalet-Yud remaining from the word Tzaddik, we have the Divine Name which we pronounce “Shakkai” (Shin-Dalet-Yud). This forms an allusion to Ketz Shakkai, the end of days ordained by G-d. (Derashot Chatam Sofer: Yom Kippur, Drush Aleph)