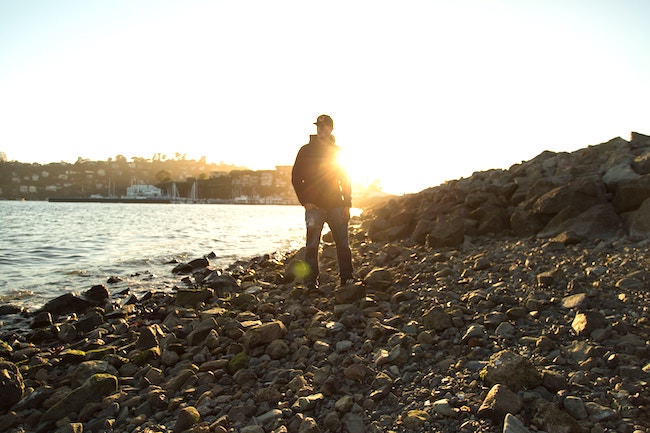 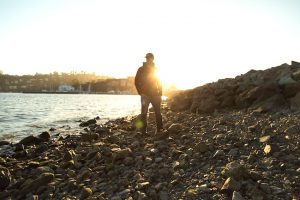 Our Parashah opens: “You are standing today, all of you, before Hashem, your Elokim.” R’ Yissachar Shlomo Teichtal z”l Hy”d (1885-1945; rabbi of, and Rosh Yeshiva in, Pieštany, Czechoslovakia) writes: I was lying in bed last night thinking about this verse in connection with the Midrash that comments on the verse (Shmot 3:14), “I Shall Be As I Shall Be.” Says the Midrash: “‘I Shall Be’ for the individual, and ‘I Shall Be’ for the many.” This teaches, R’ Teichtal explains (based on the writings of the Maharal of Prague z”l), that Hashem relates differently to the individual than He does to the nation as a whole. Every individual has Bechirah / free choice, and Hashem relates to each individual based on the choices he makes. In contrast, the nation as a whole has no free choice. Rather, Hashem will reign over us no matter what.

Moreover, we forget that appeasing those we have offended is only the first step. We still must appease Hashem when we offend His loved ones. The Gemara relates that a great sage was severely punished because he came home late from Yeshiva and caused his wife to shed one tear as she sat by the window watching for him. She would not have wanted him to be punished, but Hashem does not tolerate even a small show of insensitivity from a person of stature. Even the fact that he was preoccupied with Torah study did not save him. True, we are not on the stature of that sage, but our sins are not as subtle either.

Therefore, concludes R’ Zuriel, let us all realize that we have sinned grievously. Let us ask for forgiveness from those we have offended and from their Father in Heaven. Then we truly will be able to enter Rosh Hashanah with confidence. (Otzrot Ha’Torah p. 664)

R’ Nosson Lewin z”l (1857-1926; rabbi of Rzeszów, Poland) writes: Many commentaries translate the Hebrew phrase above as, “Man’s fear/fear of man will add/make a snare.” According to this, King Shlomo is teaching that, when a person is afraid, his fear itself creates stumbling blocks; his lack of confidence will cause him to lose his wits and be unable to cope. In contrast, one who trusts in Hashem has nothing to worry about.

R’ Lewin continues: These are true sentiments, but they cannot be what our verse is teaching. “Cherdah” / fear, he explains, is a feminine noun. Thus, if “man’s fear” or “fear of man” were the phrase’s subject, the verb would have been conjugated “Teetain,” not “Yeetain,” which is the masculine form.

Rather, writes R’ Lewin, the subject of the phrase is the “Mokaish” / snare. The phrase means: “Man’s stumbling blocks will cause fear.” Why does a person experience fear? It is only because of the sins with which he is burdened. In this vein, the Gemara (Berachot 60a) teaches: A certain student was walking behind Rabbi Yishmael the son of Rabbi Yosé in the marketplace of Zion. Rabbi Yishmael saw that the student was afraid of something, and he told him, “You must be a sinner, for the verse (Yeshayah 33:14) says, ‘Sinners are afraid in Zion’.” [Until here from the Gemara.] If not for man’s sins, explains R’ Lewin, he would never be afraid; fear is the manifestation of man’s subconscious knowledge that he deserves punishment. This, R’ Lewin explains, is the message of the phrase in the Rosh Hashanah prayers [Artscroll Machzor p.308]: “If [you judge] as we deserve, the heart will shudder. The springs of my eyelids will flow like a channel.”

R’ Lewin adds: We are in the midst of the days of judgment, but Hashem’s compassion is great. In fact, the Day of Judgment is a day of salvation, for Hashem is not only a righteous judge, He is also a merciful father. Our fear, he writes, can be a source of confidence, if we use it as a motivation to re-accept the Mitzvot and improve our compliance. (Bet Nadiv p.52)

R’ Avraham Yitzchak Hakohen Kook z”l (1865-1935; first Ashkenazic Chief Rabbi of Eretz Yisrael) comments on the Gemara quoted above: Man’s fear is a reaction to being out-of-tune with the world. When one has not sinned, he is in harmony with all of existence; therefore, he experiences no fear. In contrast, one who sins detaches himself from existence as a whole, and this causes him to experience fear. (Ain Ayah: Berachot 9:174)

Siddur Avodat Yisrael cites a custom to recite Psalm 81 on the Shabbat on which Parashat Nitzavim is read. Accordingly, we present here verses from, and commentaries on, that Psalm.

“Blow the Shofar at the moon’s renewal, at the time appointed for our festive day, because it is a Chok /decree for Yisrael, a Mishpat / law of the Elokim of Yaakov.” (Verses 4-5)

Alternatively, writes R’ Rabinowitz, the last phrase of the verse can be read, “A Mishpat / judgment of the Elokim of Yaakov.” Hashem Himself is, so-to-speak, judged on Rosh Hashanah, for our Sages teach that He feels our pain. Thus, whatever happens to us will, so-to-speak, happen to Him as well. R’ Rabinowitz adds: If I have erred, may the Good G-d forgive me. (Tiv Ha’Tehilot)