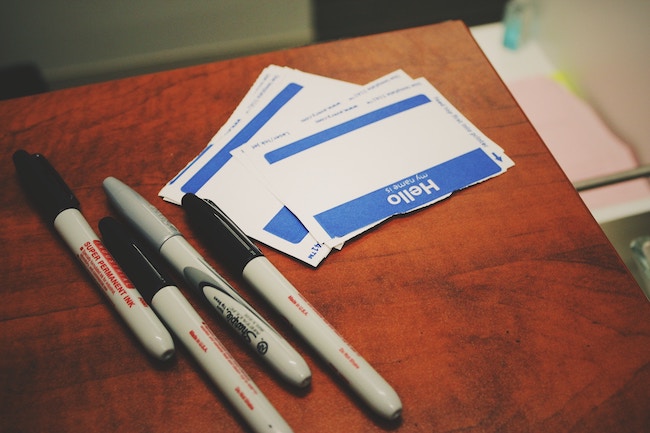 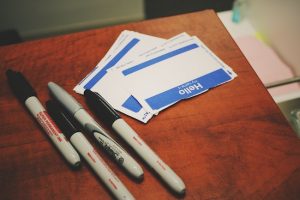 This week’s Parashah has the distinction of being the only Parashah in the three middle books of the Torah (Shmot, Vayikra, Bemidbar) in which Moshe Rabbeinu is not mentioned by name. Instead, Hashem addresses him as “You.” Our Sages attribute this to Moshe’s saying (Shmot 32:32), “And now if You will forgive their sin! But, if not, erase me now from Your book that You have written.” Although Hashem did forgive Bnei Yisrael, Moshe’s prayer left an impression, and his name was “erased” from one Parashah. Some note that this is the Parashah that is usually read in the week when Moshe Rabbeinu’s Yahrzeit falls, i.e., when he died and “disappeared.”

R’ Yisrael Eliyahu Weintraub z”l (1932-2010; Bnei Brak, Israel) explains the absence of Moshe’s name on a deeper and more positive level. The Gemara (Bava Kamma 61a) relates that certain men risked their lives to deliver a new Torah teaching to King David and, because of that, the teaching is not taught in their names. This is very difficult to understand, writes R’ Weintraub. Why should they be punished and their names forgotten because of their great devotion to Torah?

R’ Weintraub explains: The omission of their names is not a punishment; it is a sign of great accomplishment. A person’s name is not coincidental; it reflects his soul’s manifestation through his body. Thus we find individuals in Tanach who are called by different names on different occasions, reflecting different accomplishments. It follows that when one risks his life for a Mitzvah, when he is willing to give up his body, he no longer relates to his name. Moshe was willing to give his life for the Jewish People, and he thus gave up his name as well. When a person takes that step, only his real essence–the real “You”–remains. (Be’sod Yesharim 5755)

“Now you shall command Bnei Yisrael that they shall take for you pure, pressed olive oil for illumination, to kindle the lamp continually.” (27:20)

R’ Eliyahu Ha’Tzarfati z”l (1715-1805; rabbi of Fez, Morocco) writes: This verse is emphasizing that we should not mistakenly think that Hashem needs the light of the Menorah. Rather, “Take for you . . .” You, Moshe, and other Tzaddikim will enjoy the light of the Menorah, because, through it, a “light” of holiness will flow to you. (Aderet Eliyahu)

“You shall make garments of sanctity for Aaron your brother, for honor and splendor.” (28:2)

How do garments bring a person honor? R’ Avigdor Miller z”l (1908-2001; rabbi, educator and author; considered one of the first American-born “Gedolim”) explains:

The Gemara (Berachot 62b) teaches: “If one mistreats clothing, he will, in the end, have no pleasure from them.” We learn this from the fact that King David’s clothes could not keep him warm, which was a punishment for the fact that, years earlier, he had torn off a corner of King Shaul’s garment (see Shmuel I ch.24).

Many ask: Wasn’t David’s tearing Shaul’s garment an act of self-defense? Why is he faulted?

R’ Miller answers: Before Adam and Chava ate from the Etz Ha’da’at, they had no Yetzer Ha’ra and, therefore, did not need to cover their bodies. Immediately after their sin, they made themselves garments out of fig leaves. Shortly afterward, Hashem gave them leather garments to wear. What was wrong with the clothing they had made for themselves? R’ Miller asks. He answers: Hashem was teaching them a lesson. One purpose of clothing is modesty. But, for that, fig leaves would have been adequate. However, clothing also has a higher purpose: to remind man that he is special. Animals do not wear clothing. People do wear clothing, because people are not animals.

This, continues R’ Miller, is the meaning of the Gemara (Shabbat 113a; Sanhedrin 94a) that relates that Rabbi Yochanan called his clothes, “That which makes me honorable.” He did not mean that his clothes gave him honor in the eyes of other people. Rather, he meant that his clothes reminded him of his own status as a human being.

In short, R’ Miller concludes, clothes are a reflection of the fact that man, unlike animals, was created in G-d’s “image.” If one truly takes that to heart, truly appreciates man’s uniqueness and the lofty lesson that his clothes represent, he would be incapable of tearing clothing, even in self-defense. And, his clothes would give him honor. (Torat Avigdor Vol. I p.36)

“And you shall speak to all the wise-hearted people whom I have invested with a spirit of wisdom, and they shall make the vestments of Aharon, to sanctify him to minister to Me . . . . They shall take the gold, the turquoise, purple, and scarlet wool, and the linen.” (28:3, 5)

R’ Moshe Cheifetz z”l (Italy; 1664-1711) asks: Why does the Torah have to tell us that the craftsmen would take the materials? Would we have expected them to make the priestly garments without raw materials?

He explains: We read in Parashat Pekudei that Moshe Rabbeinu gave an accounting of how the silver and copper donated for the Mishkan were used. In contrast, Moshe did not provide an accounting for the other materials that had been donated. In our verse, G-d tells Moshe: Do not worry! You will not be called upon to account for the gold, the turquoise, purple, and scarlet wool, and the linen. Rather, they, the artisans, shall take those materials and be responsible for them. And, because there are two of them (Bezalel and Ohaliav) and they will watch each other, no accounting will be necessary. (Melechet Machshevet)

“The Choshen / Breastplate shall not be separated from upon the Ephod / Apron.” (28:28)

Literally, this verse teaches a Halachah that the Kohen Gadol’s Choshen should remain firmly attached to his Ephod. R’ Moshe Chaim Ephraim of Sudlikov z”l (1748-1800; grandson of the Ba’al Shem Tov z”l) writes that this verse hints at another lesson as well:

There are two aspects of our sins. The first is personal; man is responsible for his own sins. The second is communal; if one of us sins, all of us bear some blame because “Kol Yisrael Areivim Zeh B’zeh” / “All Jews are responsible for each other.” Thus, the first atonement is for the personal aspect of the sin, while the second atonement is for the communal aspect. That is why the second phrase refers to atonement “for your generations.” When one person sins, the entire generation needs atonement. (Kohelet Yaakov: Shekalim, Drush 14)

Siddur Avodat Yisrael cites a custom to recite Psalm 65 on the Shabbat on which Parashat Tetzveh is read. Accordingly, we present here verses from, and commentaries on, that Psalm.

“Peace of the soul is an emanation of Your mighty acts, Elokim in Tziyon, and to You the vow is made.” (Verse 2)

This is how the Pasuk is translated by R’ Samson Raphael Hirsch z”l (1808-1888; Germany), who explains: “Peace of the soul is an emanation of Your mighty acts.” Serenity and freedom from feelings of frustration, from worry, fear or remorse–these can be attained only by trust in G-d and with His help. To the thinking person, peace of the soul is another manifestation of the efficacy of G-d’s presence. It is G-d acting on man’s spirit.

“Elokim in Tziyon” is a paraphrase of the Name of Hashem, i.e., “G-d as He reveals His might in Tziyon.” This designation of G-d is appropriate to the theme of this psalm which proclaims King David’s faith in the future, in which all of mankind will feel drawn to G-d and to His Sanctuary in Eretz Yisrael. It is only in Tziyon (Zion) that G-d is made known as the One Who is near us all and Who reveals His presence in the spirit of every person.

“To You the vow is made” is another result of the impact of G-d’s presence upon the human spirit. It is to Him that the spirit of man makes vows and resolutions concerning the path he intends to have his life take. The knowledge that G-d indeed hears pledges leaves man no peace until he has fulfilled the vow which he has taken before his Maker. (Commentary on Tehilim)

R’ David Kimchi z”l (Radak; 1160–1235; Narbonne, France) offers three interpretations of this verse, including the following in the name of his father, R’ Yosef Kimchi z”l:

Any praise that is given to You, Hashem, is fitting, for You have far more praises than any person could express. In contrast, when a human is praised, it is impossible to avoid exaggeration or untruths. (Peirush Ha’Radak Ha’shalem)