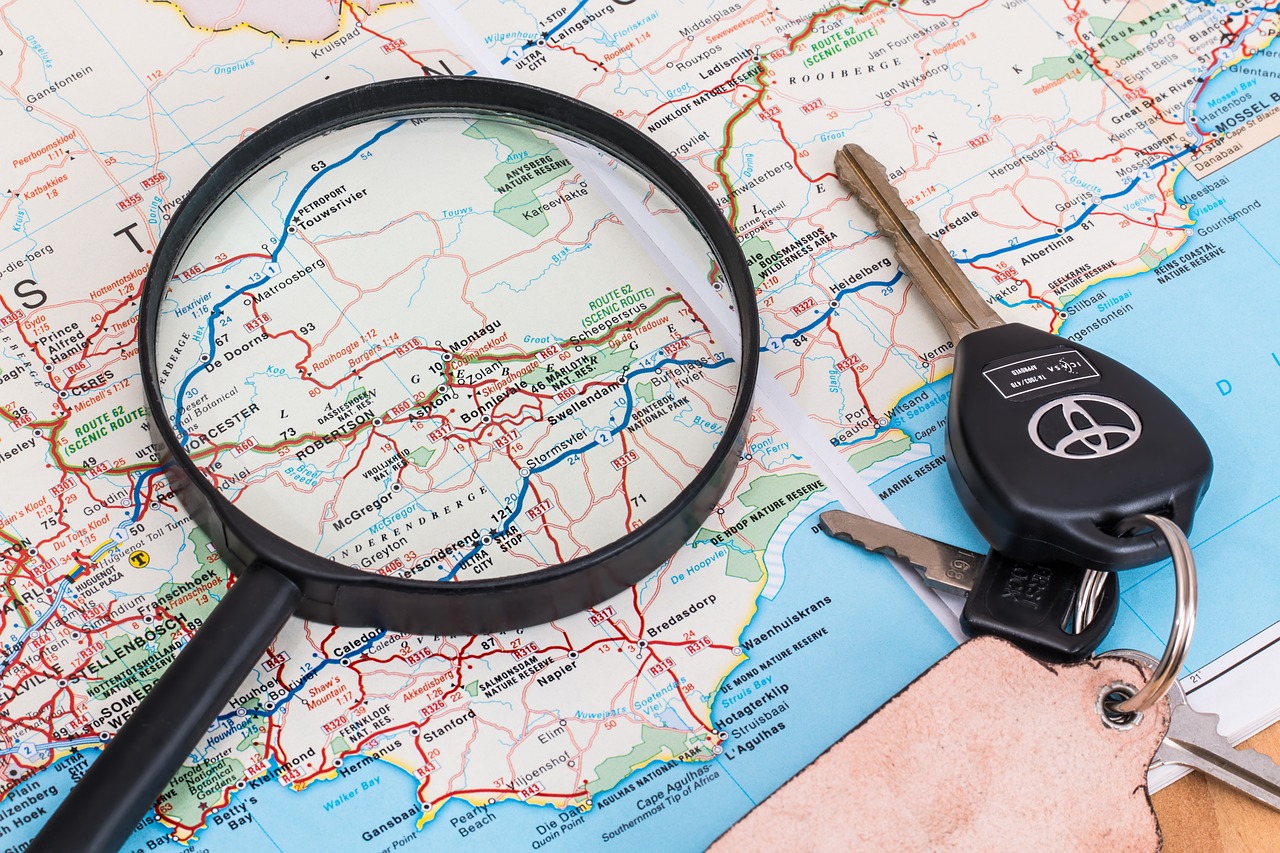 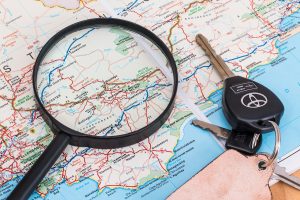 Beginning this Shabbat, and continuing almost until Tisha B’Av, we read in the weekly Parashot of various trials that Bnei Yisrael faced in the desert–often unsuccessfully. Indeed, such sad stories seem to dominate the Book of Bemidbar.

R’ Chaim Cohen z”l (Tel Aviv, Israel; 1935-2019; known as “Ha’chalban”) writes that each of the Books of the Torah parallels one of the six Orders of the Mishnah. Bereishit, which describes the seeds of our nation, parallels Zera’im. Shmot, which describes the historical basis for our festivals, parallels Mo’ed. Vayikra, which speaks of sacrificial offerings and ritual purity, parallels two Orders–Kodashim and Taharot. Devarim, which repeatedly describes our relationship with Hashem, and His with us, as one built on love, parallels Nashim.

The Book of Bemidbar, R’ Cohen continues, parallels the Order of Nezikin. Nezikin deals with disputes and damages. That description fits the Book of Bemidbar well; it is the story of Bnei Yisrael’s disputes with Moshe and Hashem, and the resulting damages. [Of course, many of the themes in one Book of the Torah can be found in other Books, as well.]

Our Sages refer to Sefer Bemidbar as “Sefer Ha’pekudim” / the “Book of Those Who Were Counted.” Indeed, Bnei Yisrael are counted twice in this Book [and, according to some commentaries, three times]. Why is “counting” an appropriate theme for the entire Book? Because Hashem counted Bnei Yisrael when they were at risk, just as a teacher is most likely to count his or her students repeatedly during a field trip, not when they are sitting in the classroom. And, Bemidbar is the Book in which Bnei Yisrael are most “at risk.”

R’ Cohen continues: The very fact that Bnei Yisrael were counted hints to a certain “at risk” status, for counting people highlights separateness rather than unity. In contrast, the totality of Bnei Yisrael consists of 13 tribes (including the tribe of Levi and the two sons of Yosef), and “13″ is the Gematria of “Echad” / “one,” denoting unity. Sadly, Sefer Bemidbar closes with the tribes of Reuven and Gad and half the tribe of Menashe splitting off to some extent from Bnei Yisrael, breaking that unity.

The Torah’s purpose is to teach us how to live, notes R’ Cohen. In view of the above, what life lesson can we learn from Bemidbar?

How? The key, writes R’ Cohen, is to remember that we are on a journey, as Bnei Yisrael were in the desert. Much of man’s discontent comes from his mistaken belief that he has “arrived.” If so, he wonders, why is his life not as perfect as he imagined it would be? If we remember that life is a journey — that we have not, in fact, “arrived” (and never will in “This World”) — we will not experience disillusionment; instead, we will be grateful for what we have, even as we continue to work for what is missing. On a personal level, concludes R’ Cohen, one who understands that life is a journey full of challenges will avoid the frustration and anger that damage relationships. On a national level, those who are frustrated by the failure of the State of Israel to live up to their greatest hopes will learn to be grateful for what we have even while recognizing that we still await Mashiach. (Talelei Chaim: Parashat Bemidbar)

R’ Shlomo Heiman z”l (1892-1945; Rosh Yeshiva in several prominent Lithuanian Yeshivot; finally, Rosh Yeshiva of Mesivta Torah Vodaath in New York) observes: Bnei Yisrael complained about Hashem’s actions and inactions a great deal during their 40 years in the desert–much more than Jews today complain about what Hashem does or does not do. This is a testament to the high degree of Emunah that the Generation of the Desert possessed; it shows that they felt Hashem’s presence in their lives and they knew they had a Father in Heaven to whom they could turn with their complaints. In contrast, our Emunah is much weaker. (Chiddushei R’ Shlomo: Imrot Ketzarot p.3)

The Midrash Sifri asks: Why did Hashem say, “Please, hear My words,” before rebuking Aharon and Miriam?

The Midrash answers: Aharon and Miriam wanted to interrupt Hashem. Hashem said to them, “Wait until I have finished what I want to say. Kal Va’chomer / all the more so, a person should not interrupt another person!” [Until here from the Midrash]

R’ Naftali Zvi Yehuda Berlin z”l (the “Netziv”; 1816-1893; rabbi of, and Rosh Yeshiva in, Valozhyn, Belarus) explains: Aharon and Miriam wanted to defend themselves. In truth, the Netziv writes, Aharon was not a person who interrupted when he was being criticized (see Vayikra 10:16-19). Nevertheless, he was afraid of the consequences of Hashem’s anger, so he wanted to pray in his and Miriam’s defense as soon as possible, as the Gemara (Sanhedrin 44b) teaches: “One should always pray before trouble comes.”

In this light, the Netziv explains the “Kal Va’chomer” mentioned by the Midrash [which might seem counter-intuitive]: If you are expected not to interrupt Hashem in His anger, even though His anger could cause you harm, certainly you should not interrupt a mere mortal in his anger, which is harmless by comparison. (Emek Ha’Netziv)

R’ Chaim Zaichyk z”l (1906-1989; Rosh Yeshiva of Yeshivat Bet Yosef-Novardok in Buchach, Poland; later in Israel) notes that Hashem pleaded with Aharon and Miriam to remain silent until He finished. Why is it so important not to interrupt Hashem’s rebuke to defend oneself? Because after hearing Hashem’s perfectly-on-target rebuke, a person will realize that all of his excuses have already been addressed, and they have evaporated into thin air.

Also, R’ Zaichyk writes, Hashem is teaching here the value of patience, which is a prerequisite to all intellectual success.

The prophet (Shmuel I 16:18) describes the future King David as one who “knows how to play a musical instrument.” The Gemara (Sanhedrin 93b) comments: “He knows how to ask questions, and he is powerful at answering questions.” R’ Zaichyk explains: A question that is presented sweetly with all the components “in tune” is like music to the ears and can be answered. In contrast, questions that come across as attacks are like an untuned instrument playing random notes, and are difficult to answer.

Likewise, R’ Zaichyk continues, special skill is required to answer questions. One must be “powerful”–able to control oneself and exercise the patience needed to hear out all types of questions, even when the questioner asks repeatedly, and even if the questions are nonsensical or argumentative. (Ohr Chadash: Elul p.60)

“Whatever the master of the house tells you to do, you must do — except leave!” (Pesachim 86b)

Many have struggled to understand this teaching of the Gemara. R’ Zvi Elimelech Shapira z”l (the Bnei Yissaschar; died 1841) explains as follows:

The Gemara (Chagigah 15a) relates that the sage Elisha ben Avuyah became a heretic, after which he was known as “Acher” / “the other one.” His student, the sage Rabbi Meir, encouraged Acher to repent, but Acher said, “I have already heard a Bat Kol / Heavenly voice declare, ‘Return wayward sons — except for Acher!’” [Until here from the Gemara]

Was there really no way back for Acher? R’ Shapira answers in the name of R’ Yaakov Yitzchak z”l (the “Chozeh” of Lublin; 1745-1815): Acher should have responded to the Bat Kol that pushed him away, “If I am not wanted, then I finally can serve Hashem with the purest of intentions, with no expectation of receiving reward!” Had Acher said that, says the Chozeh, he would have been forgiven and welcomed back.

This, continues R’ Shapira in the name of R’ Yeshayah Horowitz z”l (the Shelah Hakadosh; rabbi of Prague and Yerushalayim; died 1630) is the meaning of the above Gemara: “Whatever the Master of the House — Hashem — tells you to do, you must do — except leave!” Even if He tells you that you are no longer wanted, do not listen; rather, serve Him nevertheless.(Agra D’Pirka #1)

R’ Yitzchak Menachem Weinberg shlita (Tolna Rebbe in Yerushalayim) offers another explanation, based on a story: On the first occasion when R’ Avraham Mordechai Alter z”l (1866-1948; Gerrer Rebbe, known as the “Imrei Emes”) visited the home of R’ Avraham Yitzchak Hakohen Kook z”l (1865-1935; first Ashkenazic Chief Rabbi of Eretz Yisrael), the latter directed his distinguished guest to sit at the head of the table. The Gerrer Rebbe refused, saying that that was the host’s place.

R’ Kook responded: “Whatever the master of the house tells you to do, you must do!”

“Except for leave!” responded the Gerrer Rebbe. “And Pirkei Avot teaches that one of the things that causes a person to leave this world is honor!” (https://daf-yomi.com/DYItemDetails.aspx?itemId=23500)