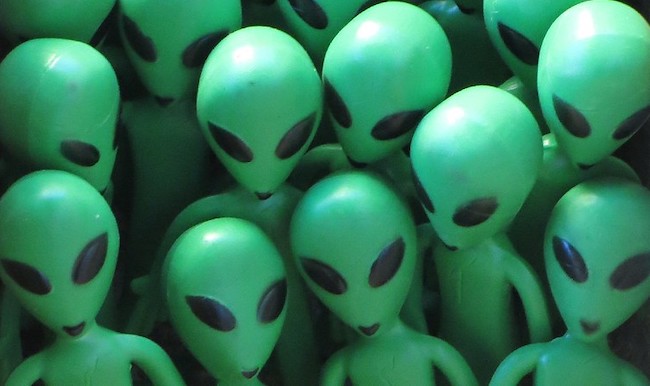 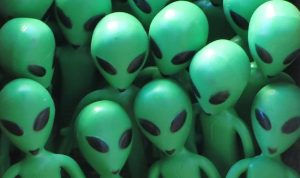 In this week’s Parashah, we read of Bnei Yisrael’s enslavement in Egypt. R’ Eliezer Dan Ralbag z”l (1832-1895; Rosh Yeshiva of the Etz Chaim Yeshiva in Yerushalayim) writes: Hashem told Avraham (Bereishit 15:13), “Know with certainty that your offspring will be aliens in a land not their own, Va’avadum / and they will serve them, V’inu / and they will oppress them four hundred years.” Our Sages say that the 400 years began when Yitzchak was born, for he, also, was an alien in a land not his own–the land of the Canaanites and Plishtim. This counted toward fulfillment of the prophecy because, in the Torah, the letter “Vav” before a word can mean “or” as well as “and”; thus, the prophecy can mean: “Your offspring will be aliens in a land not their own, or they will serve them, or they will oppress them.” Any of those three situations — alien status, slavery, or oppression — could count toward completing the 400 years.

R’ Ralbag continues: In this light, we can understand why the tribe of Levi did not need to be enslaved. It was sufficient that they were aliens. Indeed, for this reason, Moshe (a Levi) named his oldest son “Gershom” — “for he said, ‘I was a Ger / alien in a foreign land’.” (Shmot 18:3)

In this light, as well, we can better understand Yosef’s story. Yaakov hoped to fulfill Avraham’s prophecy by being an alien, as Yitzchak had. Thus we read (Bereishit 37:1), “Yaakov settled in the land where his father was a Ger, in the Land of Canaan.” However, Yaakov’s growing and powerful family could not be considered aliens in Canaan, so “the troubles with Yosef began” (see Rashi there). Notably, Yosef was sold into slavery but soon was elevated to a position of authority, because he was, at least, an alien. But, when Yosef became too comfortable in Egypt and began preening himself (see Rashi to Bereishit 39:6), he was no longer an alien, so he was again imprisoned and enslaved. (Damesek Eliezer)

Midrash Rabbah notes that the trop / cantillation does not call for pausing between the two occurrences of “Moshe” in this verse. In contrast, one does pause between the two occurrences of the first Patriarch’s name in the verse (Bereishit 22:11), “An angel of Hashem called to him from heaven, and said, ‘Avraham! Avraham!’” [Until here from the Midrash]

R’ Chaim of Volozhin (1749-1821; founder of the first Yeshiva in the form we know that institution today) writes: The Gemara (Berachot 7b) teaches that names are not assigned by chance; rather, a person’s name influences him. In support, the Gemara cites the verse (Tehilim 46:9), “Go and see the works of Hashem, who has wrought Shamot / devastation in the land,” [Says the Gemara: “Don’t read ‘Shamot / devastation,’ but rather, ‘Shaimot / names’”–i.e., the absence of vowels in Tanach permits us to learn additional lessons by substituting similarly spelled words for those in the verse. Here, our verse can be read, “. . . Hashem, who has wrought names in the land.”]

R’ Chaim continues: In truth, a person’s name is the essence of his soul, as is evident from the Torah’s description of Adam assigning names to all the animals. When a name is repeated in a verse, R’ Chaim adds, the first occurrence refers to the soul itself, which resides in the “upper worlds,” while the second occurrence refers to the portion of the soul that is found in the person’s body. By instructing the reader to pause, the trop indicates that Avraham, for all his greatness, was not completely spiritual; he had, so-to-speak, an “interruption” between his soul above (the first “Avraham”) and his soul below (the second “Avraham”).

Not so Moshe Rabbeinu, who purified himself until there was no “interruption” between his soul in the upper worlds and his soul in his body. This difference between Moshe and other prophets is why Moshe’s prophecy was absolutely clear, compared to the relatively less clear prophecies of all other prophets.

R’ Chaim’s son and successor, R’ Yitzchak of Volozhin z”l (1780-1849) adds: We read here (verse 5), “Remove your shoes [plural] from your feet.” In contrast, Moshe’s student Yehoshua was told (Yehoshua 5:15), “Remove your shoe” (singular). Removing the shoes symbolizes disconnecting from the physical world. Moshe could remove both of his “shoes,” while Yehoshua could not. (Ruach Chaim 1:1)

R’ Aharon David Goldberg shlita (Rosh Hayeshiva of the Telshe Yeshiva in Cleveland, Ohio) writes: According to the above, Moshe was already greater than Avraham at this point, but he had not yet attained the full level he would later attain. He still had to remove his “shoes.” (U’vacharta Ba’chaim Al Ruach Chaim p.16)

“Hashem said further to him, ‘Bring your hand to your body,’ and he brought his hand to his body; then he withdrew it and behold, his hand was leprous, like snow.” (4:1, 6)

R’ Avraham Yitzchak Hakohen Kook z”l (1865-1935; first Ashkenazic Chief Rabbi of Eretz Yisrael) explains: Moshe was concerned that Bnei Yisrael might not believe that Hashem had “remembered” them and sent Moshe to take them out of Egypt. Hashem told him: “There is no such thing as a Jew who does not believe in G-d and His prophet. If, sometimes, a Jew’s Emunah / faith seems weak, it is only outwardly.” This is symbolized by Moshe’s getting leprosy on his hand when he distanced it from his body, because the hand is: (1) an external organ, distant from the heart; and (2) active in the day-to-day world that conceals Hashem’s presence. (Ein Ayah: Shabbat 11:16)

When one lays the Tefilin on his arm, they should point slightly inward toward his body so that, when he lowers his arm, the Tefilin will point toward his heart. In this way, he will fulfill the verse (Devarim 6:6), “These words should be . . . on your heart.” (Shulchan Aruch O.C. 27:1)

R’ Mordechai Yaffe z”l (Poland; 1530-1612) elaborates: The Parshiyot / sections of the Torah contained within the Tefilin relate the “Oneness” of G-d and the wonders and kindnesses that He did for us at the time of the Exodus, confirming that He alone has dominion in the upper and lower worlds. Also, these Parshiyot contain reminders of all the Mitzvot and of our acceptance of the yoke of Heaven. Therefore, He commanded us to put the Tefilin on the left arm, opposite the heart, and on the head, opposite the brain, as they are the seats of thought. Doing so will cause a person to reflect on the above ideas. In addition, the heart is the seat of all physical desires. By tying the Tefilin on one’s arm opposite his heart, one subjugates his body and subdues his heart. (Levush Ha’techelet 27:1)

R’ Michel Twerski shlita (rabbi and Chassidic Rebbe in Milwaukee, Wisconsin) interprets allegorically: Hashem asked Moshe, “What is in your hand,” i.e., what do you think is really in your control?

Moshe answered: “Only the Mateh.” The word “Mateh” shares a root with the verb, “to turn.” There is so much that is not in man’s control. What is in his control is the way he “turns,” i.e., his reactions to the events he experiences. (Yir’am Ha’yam: Bereishit p.263)

R’ Yehosef Schwartz z”l (1805-1865) was a Torah scholar and geographer in Germany and Eretz Yisrael, best known for his work Tevu’ot Ha’aretz, on the geography of the Holy Land. Other common themes in his writings are the Jewish calendar, customs, and history. (R’ Eliezer Dan Ralbag z”l, quoted on the front page of this issue, was his son-in-law.)

The following is from R’ Schwartz’s introduction to his work “Toldot Yosef: Tevu’ot Ha’shemesh”:

Thus said Yehosef, son of Menachem, son of Yitzchak, son of Yosef, who was one of four brothers who established the Jewish community in the city of my birth, Floss, Bavaria, Germany, approximately 160 years ago, when they were expelled from the neighboring town of Nuestadtl, whose inhabitants were the remnants of those expelled from the city of Landshut.

The wise king [Shlomo] says (Kohelet 7:11), “Wisdom is good with an inheritance, and more so to those who see the sun.” He means: How good and how pleasant it is when wisdom is paired with Emunah / faith, which is the inheritance of Yisrael, His servant! Emunah without wisdom (“An ignoramus cannot be a pious person” – Pirkei Avot) and, certainly, wisdom without Emunah, are not good. “And more so to those who see the sun” means that it is even better if that wisdom is evident to all who can see the sun, for the words of our Sages are relevant to all of mankind.

“The words of the wise are like goads, and nails well driven are the sayings of the masters of collections” (Kohelet 12:11). . . No secret was hidden from the Sages — not regarding nature, and not regarding that which is above nature. Those things which are beyond our grasp are, nevertheless, entrenched in our hearts as matters of faith inherited from our ancestors . . .