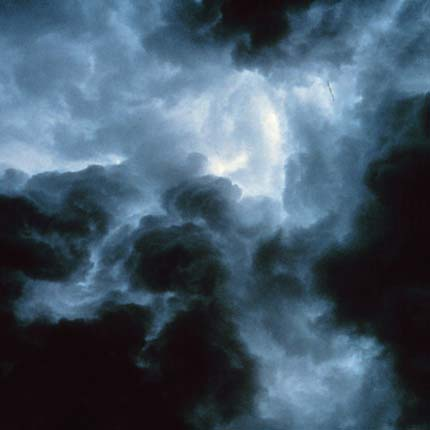 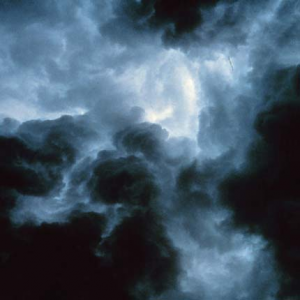 In our Parashah, after Yosef reveals his identity to his brothers, he sends them back to Eretz Yisrael with gifts and with instructions to bring Yaakov down to Egypt. The Torah relates (45:22-23), “To each of them he gave changes of clothing; but to Binyamin he gave three hundred pieces of silver and five changes of clothing. And to his father he sent ‘Ka’zot’ / like this–ten male donkeys laden with the best of Egypt and ten female donkeys laden with grain, bread, and food for his father for the journey.” Rashi z”l comments on the word, “Ka’zot / like this” – “According to this calculation. What was the calculation? Ten donkeys, etc.”

What is Rashi adding to our understanding of the verse? Some explain that Rashi is noting that Yosef did not actually send Yaakov any donkeys; he only sent (on wagons) the quantity of gifts that would have been carried by ten male donkeys and the amount of food that would have been carried by ten female donkeys. R’ Shmuel Mohilever z”l (1824-1898; rabbi of Bialystok, Poland and a strong advocate of settlement in Eretz Yisrael) offers a different explanation:

Rashi is explaining how Yosef could suggest that Yaakov leave Eretz Yisrael. He is informing us that the value of the food carried by the donkeys was equal to the gift that Yosef had given Binyamin, i.e., 300 pieces of silver. The Halachah is that one is forbidden to leave Eretz Yisrael except in special circumstances, one of which is when a famine causes the price of barley to rise to one Sela (a coin) per two Se’ah (a volume). Three hundred silver pieces equals 75 Sela’im, while ten donkeys can carry 150 Se’ah. If Yaakov’s gift (ten donkeys carrying 150 Se’ah) equaled Binyamin’s gift (300 silver coins or 75 Sela’im), a ratio of two Se’ah per one Sela, it is an indication that the famine was bad enough that Yaakov was permitted to leave Eretz Yisrael. This was Yosef’s message to Yaakov.

Why did Yosef allude to this in such a roundabout way? So as not to speak negatively about Eretz Yisrael. (Quoted in Drishat Tzion)

R’ Yosef Yozel Horowitz z”l (1847-1919; the Alter of Novardok) writes: These verses demonstrate the extent to which a person will continue to argue a point even when he knows he is wrong. It was Yehuda who said (at the end of last week’s Parashah) that the one in whose possession Yosef’s goblet would be found should be put to death. By Yehuda’s own decree, therefore, Binyamin had to die. Nevertheless, Yehuda now steps forward to argue that Binyamin should not die because of the pain it would cause his father Yaakov.

The Alter continues: Not only did Yehuda continue to make arguments that were contrary to his own legal ruling, his arguments were inherently weak. That is what Yosef was pointing out when he said (45:3), “I am Yosef! Is my father still alive?” [Yosef knew his father was still alive!] He meant: Now that you know that you are standing in front of Yosef, who you sold into slavery, can you still argue that you are concerned about our father’s feelings?

This, continues the Alter, is true of every person. Man knows when he is not living up to the Torah’s expectations, when there is no legal justification for his choices. Even so, there is no end to the excuses and rationalizations man uses to justify his behavior. Midrash Rabbah teaches, commenting on our verses: “Woe to man from the day of judgment! Woe to man from the day of reproof!” Yosef’s brothers were aware that there will be a day of judgment, but that did not help them recognize their mistakes. What ultimately silenced them was that their proofs, their justifications for their actions, were shown to be illogical and even hypocritical. The only way to avoid a similar end, concludes the Alter, is to truthfully examine one’s biases. And, the best way to accomplish that is by studying Mussar in a group setting in which friends work together on questioning and improving their own Middot / character traits. (Madregat Ha’adam: Darchei Ha’chaim Ch.8)

R’ Dov Katz z”l (1903-1979; historian of the Mussar movement and executive director of Israel’s Rabbinic Court system) writes: The Midrash which states, “Woe to man from the day of judgment! Woe to man from the day of reproof!” is teaching that the shame man will experience when he is rebuked at the End of Days will itself be his judgment. Similarly, the Gemara (Nedarim 8b) teaches: “There will be no Gehinom in the future. Rather, Hashem will take the sun out of its covering; the righteous will be healed by it and the wicked will be judged by it.” The greatest Gehinom that man can suffer is the shame of having a bright light (“the sun”) shone on his actions, exposing once and for all the bad choices he made in life. (Divrei Hagut U’re’ut II p.74)

Why did Yosef only say, “Whom you sold into Egypt,” the second time that he identified himself?

R’ Yeshayah Muskat z”l (1783-1868; rabbi and Chassidic Rebbe in Praga, now a neighborhood of Warsaw, Poland) explains: Our Sages emphasized the importance of not shaming any person, even to the point of giving up one’s own life rather than embarrass someone else. When Yosef first revealed himself, “He cried in a loud voice. Egypt heard, and Pharaoh’s household heard”(verse 2). As such, he was careful not to mention that his brothers had sold him. Later, he said, “Come close to me,” and they did; then he could mention that they sold him–not to embarrass them, but to prove his identity by the fact that he knew their secret. (Rashei Besamim)

As many readers are aware, this Shabbat is the last day of the thirteenth cycle of “Daf Ha’yomi” study. The following essay pays tribute to this historic event.

Superficially, one could describe the Daf Ha’yomi (commonly called “Daf Yomi”) as an undertaking in which participants worldwide study the same page of Talmud Bavli (Gemara) on any given day and complete the Talmud every seven-and-a-half years. R’ Meir Shapiro z”l (1887-1933), the tzaddik who first promoted the concept, saw it much differently:

The Daf Yomi is a bridge–though fashioned of paper–which lifts the Jew above the stormy confusion of the waters below, so he walks with more assurance and confidence than on the firmest steel structure.

The great allure of the Daf Yomi concept lies in the realization that the Daf / page of Gemara which I learn here and now is being poured over by countless Jews scattered over the face of the earth. While each one has his own particular mode of learning and is influenced by the intellectual climate of his environment, nevertheless, Abaye and Rava [two great sages of the Talmud] remain Abaye and Rava. [From R’ Meir Shapiro’s remarks on the occasion of the first completion of the Daf Yomi cycle on Tu B’shvat 5691/1931, reprinted in the Jewish Observer, Vol. XXII No. 1]

The two-fold purpose of Daf Yomi, first begun on Rosh Hashanah 5684/1924, was to encourage Jews to increase their Torah study through the implementation of a regimented program or quota, and to provide a vehicle for uniting Jews worldwide. R’ Meir Shapiro himself observed on the occasion mentioned above:

It was on my first trip abroad on behalf of the Yeshiva of Lublin [in 1927, to the U.S., England, and Western Europe], when I found groups and individuals learning the Daf in every Jewish community I visited, that I saw at first hand the impact that Daf Yomi has made in the Jewish world. Whether it was in Strasbourg, London or Baltimore [here he mentioned by name people whom he had met], while their styles of learning differed, there was the same motivating force which is inherent in Daf Yomi.

In every generation since the Daf Yomi was introduced, many Gedolim / leading Torah scholars have endorsed it. The Gerrer Rebbe studied the Daf and encouraged his Chassidim to do so. The Chafetz Chaim reportedly told R’ Meir Shapiro, “In Heaven, they love you dearly.” R’ Aharon Kotler z”l, one of the leading sages in America in the 1950’s, studied Daf Yomi as well.

In addition to the advantages of Daf Yomi which R’ Meir Shapiro himself described, R’ Moshe Feinstein z”l notes that it gives a person the opportunity to complete the entire Torah. R’ Feinstein proves from various sources that every person is obligated to do this during his lifetime (Igrot Moshe, Yoreh Deah II No. 110). R’ Feinstein notes that centuries ago it was common practice to study a page of Talmud each day, and many towns had a Chevrah Shas / Talmud society which did just that (Igrot Moshe, Y.D. IV No. 36). R’ Yaakov of Lissa z”l (the “Nesivos”) wrote in his famous ethical will almost 200 years ago that his sons should study a page of Gemara every day.