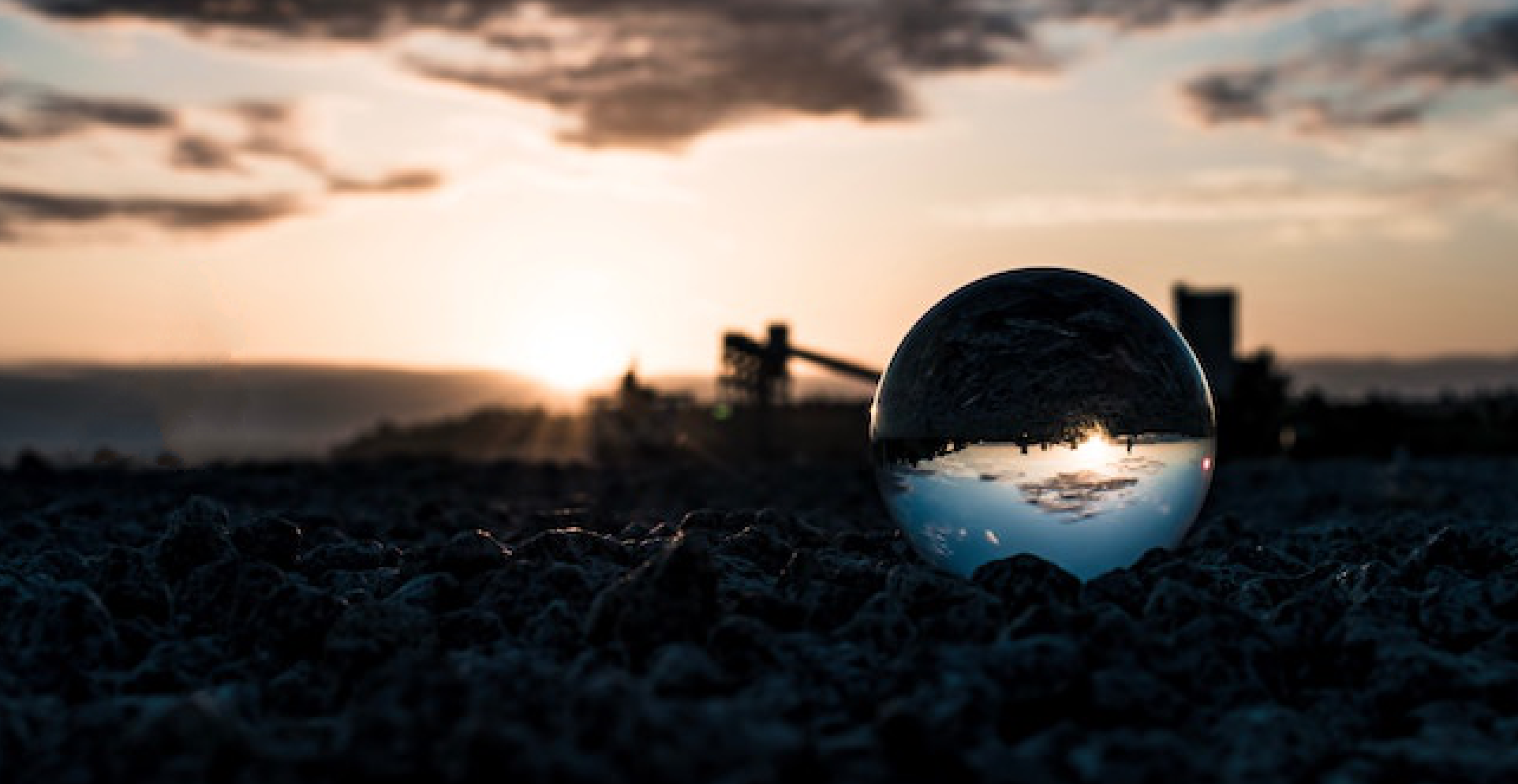 The World of Teshuvah 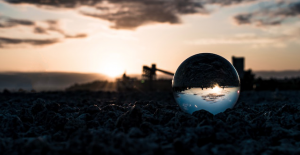 R’ Yitzchak Isaac Chaver z”l (1789-1852; rabbi of Suvalk, Lithuania, and a prolific author in all areas of Torah study) writes: The possibility of Teshuvah comes from a very high and awesome “place,” far loftier than the attributes with which Hashem ordinarily runs the world–strict law and order with no forgiveness. [To give a simplistic example: If a person walks off the edge of a cliff, “nature” that Hashem created is unforgiving. The person will fall.] On Yom Kippur, however, the Gates of Mercy open on the World of Teshuvah, a world that Hashem prepared even before Creation to provide a cure, so that the wicked can repent and the universe can return to its original state before Adam’s sin. From the World of Teshuvah, a voice calls (in the words of Yirmiyah 3:22), “Return, wayward sons, I will heal your waywardness.” There is found the cure for all that ails the soul, repairing all that has been damaged through sin.

R’ Chaver continues: Paralleling the accessibility of the hidden world of Teshuvah on Yom Kippur, the Kohen Gadol performs the Day’s service in the Kodesh Ha’kadashim / Holy of Holies, that hidden place to which entrance is permitted only on Yom Kippur.

The Gemara (Yoma 86a) teaches that different categories of sins require different levels of Teshuvah. If one failed to perform a Mitzvat Asei / affirmative commandment [for example wearing Tzitzit or making Kiddush], he is forgiven immediately when he repents. If one transgresses a negative commandment [for example, stealing], he is not forgiven until Yom Kippur. [Until here from the Gemara.] The reason, explains R’ Chaver, is that the latter type of transgression enslaves a person to forces of impurity, and only the “light” from the World of Teshuvah can free him. (Si’ach Yitzchak: Drush L’Shabbat Shuvah)

Why? Because atoning for only some sins is like immersing only part of one’s body in a Mikvah. Obviously, one does not attain purity by doing so. (Mussar Hamishnah)

R’ Shlomo Zalman Auerbach z”l writes: Requesting general forgiveness for all sins that one has committed against another is effective only for minor offenses. [If one committed a more serious offense, he must specify it when he requests forgiveness.] (Quoted in Halichot Shlomo: Moadim p.44)

Because Yom Kippur does not atone until one appeases his neighbor, one should be certain to recite the following prayer (part of Tefilah Zakkah) which is printed in many machzorim:

“I extend complete forgiveness to everyone who has sinned against me, whether physically or financially, or who has gossiped about me or even slandered me; so, too, anyone who has injured me, whether physically or financially, and for any sins between man and his neighbor–except for money that I wish to claim and that I can recover in accordance with halachah, and except for someone who sins against me and says, ‘I will sin against him and he will forgive me’–except for these, I grant complete forgiveness, and may no person be punished on my account.

The Role of Vidui / Confession

R’ Reuven Raz shlita (Yerushalayim) writes: It is generally said that Teshuvah has four components–abandoning the sin, resolving not to repeat it in the future, regret, and Vidui/ confession. It is understandable that a penitent must change his ways, regret his sins, and resolve not to commit them again. What, however, is the role of Vidui?

R’ Raz answers: From the Rambam z”l (Hilchot Teshuvah 2:2), it appears that Vidui is necessary so that the process of Teshuvah will include some action. Abandoning a sin is passive, while regret and resolving not to repeat the sin in the future are merely thoughts. Reciting Vidui is the action that gives Teshuvah substance.

However, continues R’ Raz, Maharal of Prague z”l takes a different approach. He writes (Netiv Ha’Teshuvah ch.5) that confession is what “slaughters” the Yetzer Ha’ra, because one who confesses his sins “hands himself over completely to Hashem.” We are accustomed to thinking, explains R’ Raz, that Teshuvah is a prayer to not be punished. According to Maharal, however, writes R’ Raz, Vidui actually is an expression of man’s willingness to accept the consequences of his sins, to be punished as befits the sin. When a person sins, he shows his disdain for Hashem’s commands. Vidui, in contrast, is a statement that Hashem’s commandments are important, and “What I did was not okay.”

R’ Raz adds (based on the Zohar): The above idea explains, as well, why we rest our heads on our arms when we recite Tachanun daily. In effect, we are “playing dead” as a way of acknowledging the severity of our sins. (Iyunim B’Netivot Olam p.112-114)

The Book of Yonah

Yonah’s prophecy was directed to Nineveh, a city of gentiles. Why, then, was it recorded in Tanach / the Jewish Bible? R’ Menachem Ha’meiri z”l (1249-1306; Provence; author of the Talmud commentary Bet Ha’bechirah) offers three reasons:

(1) To put us on notice. If the people of Ninveh, who did not know Hashem and His prophets, repented after only one warning, how much more is expected from the Jewish People who received many warnings from many prophets!

(2) To inform us of the incredible miracles that were performed for Yonah.

(3) To teach us Hashem’s compassion for those who repent–even on those on whom destruction has already been decreed. (Chibur Ha’teshuvah 1:1)

According to the custom of R’ Eliyahu z”l (1720-1797; the Vilna Gaon), one should recite Psalm 32 on Yom Kippur in lieu of the daily “Shir Shel Yom.” Therefore, we present here verses from, and commentaries on, that Psalm.

“Fortunate is one whose transgression is forgiven, whose sin is covered over. Fortunate is the man to whom Hashem does not ascribe iniquity, and in whose spirit there is no deceit.” (Verses 1-2)

R’ Avraham ben Ha’Gra z”l (1765-1808; son of the Vilna Gaon) writes that there are four types of people mentioned here, in ascending order of “good fortune.”

First, “Fortunate is one whose transgression is forgiven (literally, ‘lifted’).” This refers to a person whose merits and sins are equal, and who is not in the category of a “head that never wore Tefilin” [see below]. For such a person, Hashem “lifts” the side of the scale that has the sins, so that the person’s good deeds outweigh his bad deeds.

Second, “Fortunate is one . . . whose sin is covered over.” This refers to a person whose merits are more numerous than his sins; therefore, Hashem “covers over” his sins.

Third, “Fortunate is the man to whom Hashem does not ascribe iniquity.” This refers to a person who has sinned only one or a few times in his entire life.

Fourth, “Fortunate is the man . . . in whose spirit there is no deceit.” This refers to a person who has never sinned, not even in his “spirit,” i.e., in his thoughts. (Be’er Avraham, quoted in Machzor Yavo Ezri p.510)

The Gemara (Rosh Hashanah 16b) teaches that, on the Day of Judgment, the fate of a person whose merits and sins are equal will depend on whether he has ever worn Tefilin. R’ Moshe ben Nachman z”l (Ramban; 1194-1270; Spain and Eretz Yisrael) writes that this is just an example. If a person has neglected any one Mitzvat Asei / affirmative commandment for his entire lifetime, he is treated in judgment like a “head that never wore Tefilin.” (Sha’ar Ha’gemul)