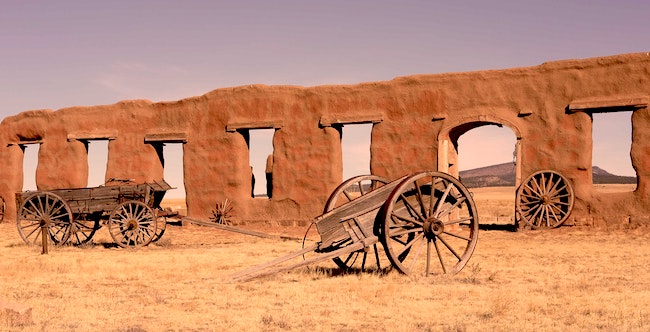 Of Wagons, Calves, and Trust 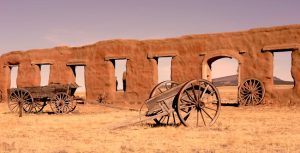 This year–a Shemittah year–we are focusing on the related subject of Bitachon / placing one’s trust in Hashem.

In this week’s Parashah, Yosef reveals his identity to his brothers and tells them to bring their father, Yaakov, to Egypt. The Torah relates (45:26-27), “They told [Yaakov], saying, ‘Yosef is still alive,’ also that he is ruler over all the land of Egypt; but [Yaakov’s] heart rejected it, for he could not believe them. However, when they related to him all the words that Yosef had spoken to them, and he saw the Agalot (literally, ‘wagons’) that Yosef had sent to transport him, then the spirit of their father Yaakov was revived.” Midrash Rabbah explains that Yosef told his brothers: “If our father does not believe you, tell him that the last Torah subject he and I studied together was Eglah Arufah.” (In Hebrew, the words Agalah / wagon and Eglah / calf are spelled the same–“ayin-gimel-lamed-heh.” For a deeper explanation, see p.3)

R’ Chaim Shalom Yisrael z”l (Rosh Yeshiva of Yeshiva Ner Shmuel; died 2002) writes: Yosef’s message was more than a proof: “I must be Yosef, or how would I know what we studied?” Rather, Yosef’s message to Yaakov was: “I am the same person as I was when I left you 22 years ago. In all the years I was separated from you, my heart and mind never left the Bet Midrash.”

With all that Yosef went through–kidnaped by his brothers, sold into slavery, falsely accused by Potiphar’s wife, imprisoned, and, finally, elevated to viceroy–how did he remain the same person he had been? The Gemara (Sotah 36b) relates that Yosef nearly gave in to the seductions of Potiphar’s wife, but then he saw his father’s face watching him through the window. R’ Yisrael explains: It is not that Hashem helped Yosef by sending him a vision of his father. Rather, Yosef never stopped envisioning his father standing before him, and that is what kept him who he was.

R’ Yisrael continues: Yaakov, too, lived a life of persecution and suffering, and, by withstanding his challenges, he paved the way for Yosef to do the same. What gave Yaakov his strength? We read (48:15–in next week’s Parashah), “[Yaakov] blessed Yosef and he said, ‘Elokim before Whom my forefathers Avraham and Yitzchak walked–Elokim Who shepherds me from my inception until this day’.” In what way is Hashem like a shepherd? R’ Yisrael answers: Sheep follow their shepherd without any worries, trusting that he will lead them only where is best for them. So, too, Yaakov–and after him, Yosef–had Bitachon that whatever situation Hashem placed him in was the best situation for him at that moment.

We read in Tehilim (78:52–a verse recited in Shabbat Mincha most weeks), “Man and animal You will save.” The Gemara (Chullin 5b) interprets this as a plea to Hashem to save us because, though we are wise and cunning, we humble ourselves like animals. R’ Yisrael explains: This refers to people who have the wisdom and cunning to question Hashem’s judgment, yet they humble themselves before Hashem as an animal before a shepherd. This is the Bitachon that Bnei Yisrael exemplified by following Moshe Rabbeinu through the desert for 40 years.

Midrash Shmot Rabbah relates: Throughout his years in Egypt, Yosef never stopped saying, “G-d willing!” and “Thank G-d” (see Bereishit 39:3). R’ Yisrael explains: Yosef’s use of these expressions was not mere lip service. Rather, this is how Yosef practiced Bitachon: Constantly acknowledging that every situation he faced warranted thanking G-d. (Rachashei Lev p.160)

“Then Yehuda approached him and said, ‘If you please, my master, may your servant speak a word in my master’s ears, and let your anger not flare up at your servant–for you are like Pharaoh.” (44:18)

R’ Moshe Yirmiyahu Narol Hakohen z”l (rabbi in Narol, Poland and Metz, France; died 1659) asks: At the end of last week’s Parashah, Yehuda himself said (verse 16), “We are ready to be slaves to my master–both we and the one in whose hand the goblet was found.” Why, then, did he argue when Yosef responded (verse 17), “The man in whose possession the goblet was found [i.e., Binyamin], only he shall be my slave”?

R’ Moshe Yirmiyahu answers: Midrash Yalkut Shimoni relates that, when Yosef arrested Binyamin, Yehuda raised his voice in a roar so loud that the Egyptian cities of Pitom and Ramses collapsed. Therefore, it was decreed that Bnei Yisrael would have to rebuild these two cities (see Shmot 1:11). [Until here from the Midrash]

R’ Moshe Yirmiyahu continues: Halachah states that a person who is being pursued by another person is not liable if he damages the pursuer’s property while escaping. But, the person being pursued is liable if he damages a third, innocent person’s property. If, on the other hand, a fourth person who comes to rescue the pursued damages a third party’s property while saving the pursued, then that rescuer is not liable for damage to the innocent person’s property.

The cities of Pitom and Ramses did not belong to Yosef, R’ Moshe Yirmiyahu continues; rather, they were Pharaoh’s property, and he was not pursuing either Yehuda or Binyamin. Yehuda knew that he could raise his voice so loud that he would level those cities. Therefore, as long as he thought he personally was in danger, he kept quiet–in line with the Halachah that a person being pursued is liable if he damages a third, innocent person’s property. However, as soon as Yosef said that only Binyamin would be enslaved, not Yehuda, then Yehuda became a rescuer, not a pursued party, and no longer needed to fear destroying Pitom and Ramses, since Halachah exempts a rescuer who damages a third party’s property while saving the pursued.

(R’ Moshe Yirmiyahu notes: This explains why Yehuda said to Yosef, “For you are like Pharaoh.” Yehuda wanted to flatter the Egyptian viceroy (Yosef) while exempting himself for liability for the cities he had destroyed. Therefore, rather than explaining the above Halachot to the viceroy, he said: In my eyes, you are Pharaoh’s equal. You are the owner of Pitom and Ramses and, since you are the pursuer, I am not liable for damaging them.)

Why, then, were Bnei Yisrael obligated to rebuild the cities? R’ Moshe Yirmiyahu explains: Since Yehuda had guaranteed that he would return Binyamin to Yaakov or lose his Olam Ha’ba, he was himself considered the pursued, so he had no right to destroy Pharaoh’s cities. (Birkat Tov)

“When they related to him all the words that Yosef had spoken to them, and he saw the Agalot / wagons that Yosef had sent to transport him, then the spirit of their father Yaakov was revived.” (45:27)

Rashi z”l, quoting Midrash Rabbah, relates that Yosef told his brothers: “If our father does not believe you, tell him that the last Torah subject he and I studied together was Eglah Arufah”–the laws regarding breaking the neck of an Eglah / calf to atone when a murder victim is found on the road between two cities.

R’ Chizkiyah ben Manoach z”l (France; 13th century) elaborates: Yaakov reasoned, “The Egyptian would not have gone to such trouble if he were not really my son.” Also, perhaps the sign Yosef sent can be taken more literally: He sent Agalot / wagons with Eglot / calves to pull them. This explanation finds support in the verse (45:21), “Yosef gave them wagons by Pharaoh’s word.” Why did Yosef need Pharaoh’s permission? It was not for the wagons themselves, but rather for the calves, which were a prized possession in ancient Egypt and were never exported.

Why was Eglah Arufah the last subject Yaakov and Yosef studied together? R’ Chizkiyah explains: When Yaakov sent Yosef to check on his brothers, which led to Yosef being sold, Yaakov started to accompany Yosef down the road. Yosef said, “Father, go home!” Yaakov then explained to Yosef that the reason the elders of a city must bring an Eglah to atone when someone is murdered on the road near their city is because, if the people of the city had accompanied the traveler down the road, he would not have been such an easy target for highwaymen. On that note, Yaakov and Yosef parted. (Chizkuni)

R’ Shlomo Ephraim of Lunschitz z”l (rabbi of Prague; died 1619) writes: If Rashi means that Yosef sent calves, then Rashi’s explanation deviates– uncharacteristically for Rashi–from the Pshat. Moreover, why would sending more than one calf have been necessary?

Rashi does not mean that Yosef sent calves, R’ Shlomo Ephraim writes. Rather, he means that Yosef walked down the road alongside the wagons, just as Yosef’s father had walked down the road with him 22 years earlier. From that, Yaakov was meant to reason that only his own son and disciple would actively perform this Mitzvah, while anyone else would have sufficed with sending wagons, but would not have inconvenienced himself physically. Alternatively, Yosef sent wagons bearing the royal crest, which would protect his brothers just as accompanying them would have.

R’ Shlomo Ephraim adds: As Yosef walked alongside his brothers, he surely taught them the Halachah of, and reason for, Eglah Arufah that his father had taught him. This is alluded to in the words: “They related to [Yaakov] all the words that Yosef had spoken to them.” (Kli Yakar)