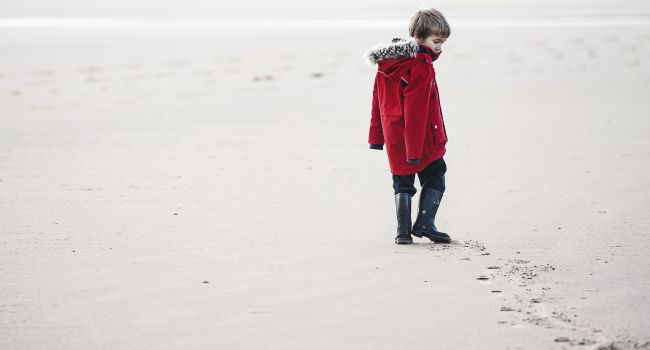 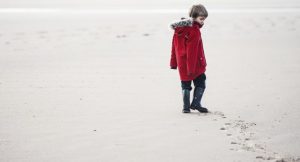 If the Almighty invites us to walk “behind” him, it would seem to be a positive thing, an expression of divine favor drawing us near into a close relationship with Him. If so, He would want us to walk close behind Him, so to speak. Strangely, however, when Moses exhorts the Jewish people to walk “behind the Lord,” he uses the word acharei, which means far behind. How do we account for this anomaly?

The commentators explain that Moses actually intended the word acharei to be a source of hope and encouragement for the Jewish people. Sometimes, a person may become so wrapped up in his own little world that he loses sight of the big picture. Instead of making good use of his youth, health and vigor to grow in a spiritual sense and come close to the Almighty, he focuses primarily on material acquisitions and status symbols.

The years fly by. One day, he takes stock of his life and comes to the shocking realization that he has frittered away his best and most vigorous years on matters of little consequence. He suddenly perceives how far he has drifted away from the Almighty, and he is discouraged. Where can he begin? How can he ever make up all that ground he has lost? How can he ever hope to achieve the closeness with the Almighty that derives from lifetime of spiritual exertions.

Do not be discouraged, says Moses. Walk behind the Lord even if it is acharei, even if following behind from a very great distance. The Almighty values highly a “walking behind” motivated by a desperate awareness of the gulf that needs to be traversed. Take one step at a time. One step will lead to the next and bring you ever closer. Do not lose hope.

A king was seeking a suitable husband for his daughter. He wanted a man of stout heart and strong character, and he devised a contest to find such a man. He placed a long ladder, whose rungs were slippery and rickety, against an extremely high wall. The ladder reached to the roof.

“The first young man that reaches the roof,” declared the king, “will have won the hand of the royal princess in marriage. But anyone who attempts the climb and fails will be sent to the dungeon.”

A few athletic young men, experienced mountain climbers, rose to challenge, but when they were no more than halfway up the ladder they could no longer maintain their grip on the slippery and unstable rungs. They fell to the ground and were immediately dragged off to the dungeon for wasting the king’s time. Witnessing their failure, no other young men dared make the attempt.

Presently, one fellow steeped forward and offered to make the climb. Halfway up, he too began to lose his grip. He looked up at the long distance remaining and could not imagine how he would ever reach the top, but he refused to give up. Tenaciously, he continued to climb, hand over hand, rung by painful rung. All of a sudden, he found himself on the roof. He had activated a hidden spring that catapulted him all the way to the top.

“You have won my daughter’s hand,” said the king. “But how did you know about the hidden spring?”

“I didn’t,” said the young man. “But I knew that the king’s offer was not frivolous. If the king laid down the challenge, it must be somehow possible to accomplish it. So I refused to give up, no matter what.”

In our own lives, we sometimes look at a distant spiritual goal and think it is way beyond our grasp, and so we become discouraged and give up. But we can never know how things will develop. If we keep trying tenaciously without becoming discouraged, it is always possible that the Almighty will send us unexpected break that will catapult us all the way to that elusive goal. Whether it is in prayer, study or some other spiritual endeavor, we may think we are on such an elementary level that there is no hope for us. Never give up hope. One day, everything may just fall into place so that we suddenly find ourselves making great strides we never thought possible. Text Copyright © 2008 by Rabbi Naftali Reich and Torah.org.