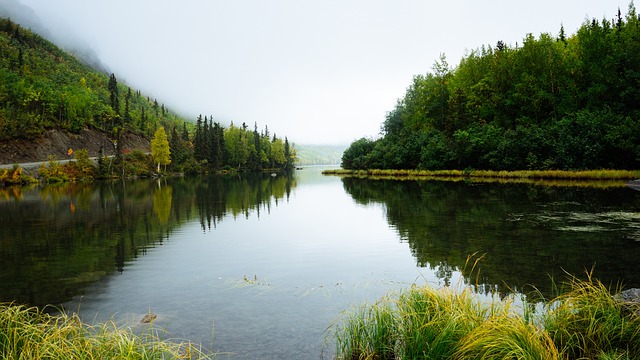 The Eloquence of Silence 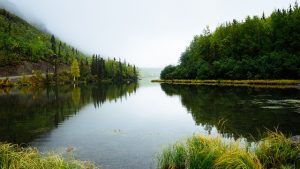 What can be more painful than the loss of a child? After a parent holds his infant child in his arms, after he helps the growing child walk, speak, read, discover the wonders of the world, the child becomes forever a living part of the parent. The death of a child, therefore, rips a gaping hole in the parent’s heart, a wound that can never be healed – and the older the child the more gaping the wound.

In times of such terrible tragedy, it is almost impossible for a parent not to cry out in grief and anguish, not to scream with pain. And yet, in this week’s Torah portion we are told that when Aaron witnessed the violent death of his two grown sons “Vayidom Aharon – Aaron was silent.” How deeply he must have been hurt and grieved by the loss of his beloved sons! But nonetheless he remained totally silent. He showed no reaction whatsoever. How can this be? How could he suppress his cries of anguish?

Furthermore, the Midrash tells us that the Creator rewarded Aaron for remaining silent by conveying through him, rather than through Moses, the prohibition against performing the Temple service in a state of alcoholic intoxication. The question immediately arises: The Torah is attuned to the feelings of the mourner and actually encourages him to cry for the first three days of his bereavement; why then was Aaron’s suppression of his cries of anguish so praiseworthy? And if his silence was indeed so commendable, how was his selection to convey the prohibition against intoxication during the Temple service a fitting reward?

The Hebrew word the Torah uses here to portray Aaron’s silence, domeim, has two other meanings – the state of being inert and singing. What common thread connects silence, inertia and song? Let us consider for a moment the most desirable state that all people seek. The American Declaration of Independence actually hits the nail on the head when it speaks of “life, liberty and the pursuit of happiness.” Everyone wants to be happy, but how is this achieved? Does a lot of money deliver happiness? More often than not, it accomplishes the exact opposite. Does physical gratification deliver happiness? Hardly.

Happiness depends on inner harmony. When a person is at peace with himself and his environment, he is happy. But harmony does not derive from external sources. It emanates from within, from serenity of the soul. Our senses, however, are the enemies of harmony. They constantly bombard us with a variety of stimuli to which we are inclined to react, and thus our harmony is disrupted. We cannot be at peace with ourselves if we are at the mercy of a volatile world.

A simple experiment proves this point. Enter a room by yourself, shut out all sound, close the lights and sit back with your eyes closed. In a short while you will undoubtedly feel a pleasant serenity (if you don’t fall asleep). Insulated from external influences, your soul naturally gravitates towards harmony; it enters a state of happiness. Thus, inertia and silence lead to song. The only problem is that we cannot spend our lives in a dark and silent room, and as soon as we step out, we are back into the maelstrom.

Aaron, however, was able to achieve absolute harmony and serenity even in the midst of the active world. His faith in the Creator was so profound that he was impervious to external stimuli. He did not react to his senses; his thoughts and actions all emanated from the wellsprings of his soul within. Even when his won sons perished suddenly, he did not react with an outcry of pain. He dealt with his sorrow within the confines of his soul. He bowed to the will of the Creator with perfect acceptance, and his harmony remained undisturbed. “And Aaron was silent.”

As a reward for this transcendent silence, the Creator conveyed the prohibition against intoxication during the Temple service through him. The priestly service symbolized the spiritual bond between the human soul and its Creator, and as such, it could only be distorted by external stimulants such as alcohol and other consciousness-altering chemical substances. Aaron had shown himself to be completely at peace with his inner self, and therefore, he was the perfect conduit for this prohibition.

In our own lives, we can also seek to achieve, to the best of our abilities, some semblance of inner harmony. The key is to recognize the source of true happiness, that it does not come from external sources but from within. When we embrace Torah values and ideals, we insulate our inner selves against the vicissitudes of the world around us, and we are rewarded with a harmonious and immeasurable enriched life. Text Copyright © 2008 by Rabbi Naftali Reich and Torah.org.