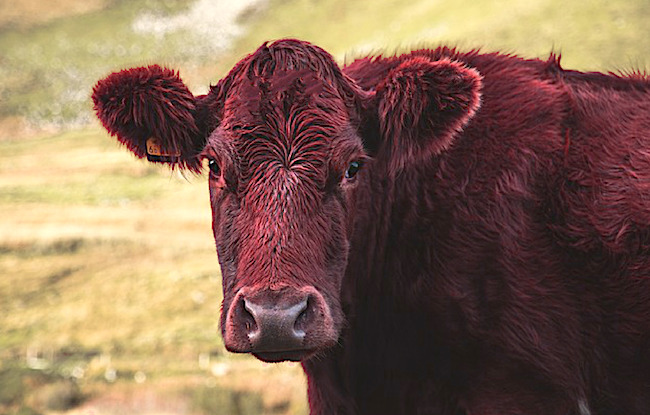 Parah Adumah: A Matter of Life and Death 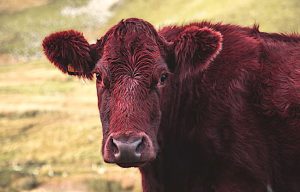 The parah adumah, Red Cow is the quintessential mitzvah that defies human reasoning. Its ashes reversed the spiritual status of a Jew who was defiled by the impurity of a corpse (Bamidbar 19).

When G-d was teaching Moshe the laws of spiritual purity, the Jewish leader was aggravated as to how a contaminated Jew could ever be purified. (It was evident how, in contrast to other forms of spiritual contamination purified by immersion in a ritual pool of natural spring waters, the stringency of contact with a dead body required special treatment.) G-d did not respond until they learned the laws of the Parah Adumah, whereupon G-d announced to Moshe that purification could be achieved through the ashes of this Red Cow (Bamidbar Rabbah 19:3).

The purification to contact with death via the Red Cow was atonement for the sin of the Golden Calf (see Rashi citing Rabbi Moshe HaDarshan). Human mortality was an inevitable consequence once Adam defied G-d to eat from the Tree of Knowledge (Bereishis 2:17) and his expulsion from the garden so that he would not partake of the Tree of Life.

Mankind recaptured that exalted spiritual plateau of Adam before his primeval sin at Sinai (Shabbos 145b) when the Jewish nation received the Torah – itself called Etz Chaim, “the Tree of Life” (Mishlei 3:18).

That was tragically reversed, however, at the foot of the mountain. The idol-worship of the Golden Calf reintroduced death and a spiritual regression. Accordingly, the remedial impact of the ashes of the mother [Red] Cow comes to wash away the spiritual defilement associated with contact with the dead – which is the antithesis of holiness and G- dliness.

Moshe’s concern, explains Rav Gedalyah Schorr (Ohr Gedalyahu, Parshas Parah), was that the Golden Calf had irrevocably sullied their relationship with G-d. It had revisited the Tree of Knowledge and had tarnished man’s connection with G-d – the Source of all Life. Moshe wondered: How could a contaminated Jew, in the aftermath of the Golden Calf, ever re-attain a state of purification?

The answer, provided by G-d, was through the Red Cow.

When Moshe descended from heaven to see the Jewish nation dancing around the Golden Calf, he smashed the supernal first set of Tablets which corresponds to the Tree of Life. But the chosen people’s spiritual attachment to this unsullied dimension was still not lost. (Indeed, the remnants of the Tablets were held in the Ark that housed the second Tablets.

Appropriately, the remedy to “death” associated with the Tree of “Knowledge” and the Golden Calf comes in the form of the quintessential chok of Red Cow. This is the divine decree that brilliantly frustrates all human “knowledge”. That death is not the end. That the ashes of the animal – itself the symbol of death and impurity – is, paradoxically, the vehicle of renewed life and purity. That the concept of Techias HaMeysim, Resurrection is an axiom of Judaism. In much the same way that death leads to life, so too, does Teshuvah, Repentance revoke earlier existence. Importantly, it underlines how the Jew has never lost his intimate relationship with his Creator.

He is always connected to the Torah which is the Tree of Life.

It is “The Living Law” that sustains a Jew’s eternal relationship with the Ever-Living G-d. And its sweet fruit feed and nourish the Jew’s soul forever. Text Copyright © 2007 by Rabbi Osher Chaim Levene and Torah.org.