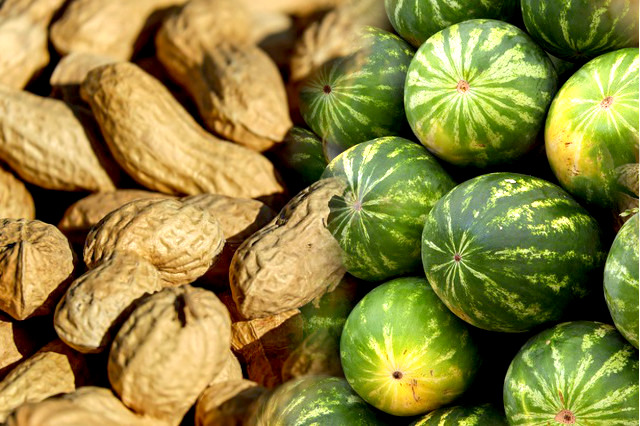 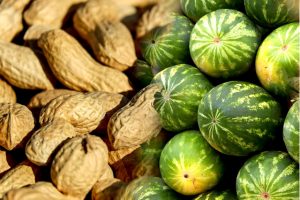 Well, two weeks and 7 pounds after my trip to the United Steaks of America, I’ve returned home to Israel. I wanted to apologize for missing Parshas Shlach but I wasn’t able to write on the run. I also wanted to express my appreciation to all the old and new friends who approached me during my trip to comment on the parsha page. It was a tremendous chizuk for me to connect real faces and real people to the group of ‘readers’. I’d like to encourage any comments, questions or feedback via e-mail in the future.

This weeks parsha, Korach, deals with concepts that I feel are very pertinent to the challenge of staying strong in a non-Torah environment. This was obviously an issue that came up quite a bit during these past two weeks!

“Vayikach Korach (16:1)”, and Korach took. What did he take!? Rashi explains that he took himself, he separated himself from Klal Yisroel in order to challenge Moshe’s authority.

The Yerushalmi takes this even further and explains that Korach became an apikorus, denying the divine origin of the Torah and the prophecy of Moshe.

We are all familiar with people who either deny that the Torah is G-d given or who have serious doubts on the matter. The common claims are: “if I heard Hashem speak, I’d also be religious”; “if I had stood at Sinai I’d have no problems believing”.

How then can we understand a Korach who stood at Har Sinai and heard Hashem speak yet still denied?!

A similar question was posed to the Steipler zt”l and he gave the following answer. If one has desires to go against the Torah, then he will manage to find a way to challenge the Torah itself. No one wants to live a life that contradicts what they know is right. If they’re not willing to change their lifestyle, they’ll have to modify their life beliefs.

Korach, blinded by his quest for honor, felt he had to challenge Moshe. How can one challenge the quintessential prophet of Hashem? Simple. Declare that he’s not a prophet! At that point, even Moshe becomes fair game!

Having grown up in the modern orthodox circles of NY, having been a ‘Neveh guy’ myself and having been involved with Neveh in varying capacities for the past 14 years, I’ve witnessed the same pattern over and over. The overwhelming majority of those who aren’t observant before Israel and those who have difficulty maintaining that which they had learned while in Israel, aren’t besieged with philosophical difficulties in Judaism. That isn’t where the problem begins! The origin is that it doesn’t fit into that which they want to do. Ultimately, denial of Judaism’s validity is the only way to be able to look oneself in the mirror each morning.

There is a story of a talmid of Rav Chaim, the Brisker Ruv, who left his rebbe, went to university, studied and became a professor of philosophy. Along the way he became completely irreligious. Years later he returned to Brisk to speak to Rav Chaim. He wanted to ask Rav Chaim to explain how Judaism dealt with certain questions that he had.

The professor thought for a moment and then answered that he had first become irreligious and then was troubled by these questions.

“In that case”, Rav Chaim told him, “there is no point in my answering you. One can only answer a question. But these aren’t questions… these are answers! They are answers to your lifestyle, they are rationalizations for the path you have chosen. No, one cannot answer an answer!”

We know that this world is compared to night, and olam habah, the world to come, is compared to day. The Mesilas Yeshorim explains that at night our vision and perception are distorted. We often don’t see things that are there. Even more dangerous is our seeing things and not realizing what they are. A pillar is seen as a man, a man as a pillar.

In the darkness of this world our perception and priorities are distorted. Something that is vitally important is seen as discardable and inconvenient. Something of no lasting value, or even dangerously destructive, is viewed as desirable and important.

Boker v’yoda Hashem! In the morning, in the blinding light of clarity manifested by the next world, there will be no doubts! All of the ‘problems’ will vanish in the ‘boker’.

A parable is given of a group of people lost in a forest on a cold, rainy night. They desperately want to reach the road, but are confused which is the correct direction. One swears that they have to push forward in order to reach the road. Another swears that going forward will only lead them deeper into the forest. They must turn around and work their way back in order to reach the road. In the dark confusion of the night, each is so convinced that he’s correct that he refuses to budge in the other direction. Finally, as the sun begins to light the horizon, the road becomes clearly visible in front of them. That very person who was swearing on his mother’s life that to move forward would mean death, points the way forward! Boker v’yoda Hashem!

As a teenager, a friend and I had the honor of spending a shabbos with Rav Hillel Zaks shlit”a, the Rosh Yeshiva of Chevron and the grandson of the Chofetz Chaim. My friend and I were at the stage that we realized the importance of learning, but had difficulty with the idea of maximizing any available seconds to grab in valuable words of Torah. We had a much more ‘laid back’ approach to life and learning…

As we were walking back from shul shabbos afternoon, as if he had read our minds, Rav Hillel began to address that very issue. “Guys, you have to realize that every word of Torah changes our neshama. It doesn’t change it from an orange to a grapefruit… it changes it from a peanut to a watermelon! Right now, with the physical covering of our bodies, no one can see that change. But when the moshiach will come, he will tear open everyone’s chest and reveal that neshama. At that point it will become clear what was the value of every second!”

May we merit to use our time here in a valuable way, involving ourselves in the Torah that will give us the clarity to see things in their proper perspective. Not being drawn by the scurrying of all those around us, rationalizing away our behavior, but rather pointing ourselves deliberately toward that boker.