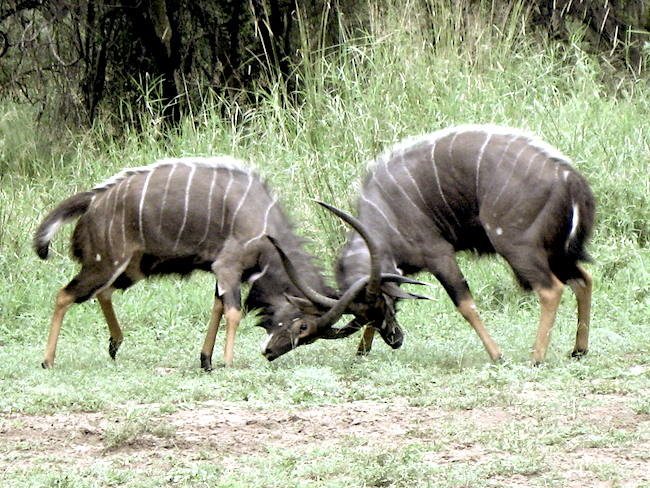 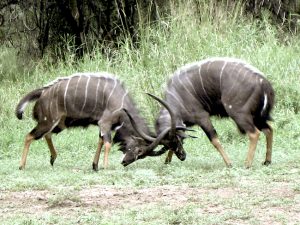 The Talmud [Gittin 55:] relates that Yerushalayim was destroyed through Kamtza and Bar Kamtza. There were two people, one named Kamtza and the other Bar Kamtza. A certain person who liked Kamtza but hated Bar Kamtza was celebrating a festive meal. He instructed his servant to bring Kamtza to join him but the servant, mistakenly, brought Bar Kamtza.

The host arrived, saw his enemy Bar Kamtza sitting there and furiously ordered him to leave. Bar Kamtza turned to his host and pleaded: “Let me remain and I’ll pay for whatever I’ll eat and drink”. But the host refused.

“I’ll pay for half of the entire affair, just let me remain”, Bar Kamtza implored. But the host still refused.

Bar Kamtza decided that, since the Rabbis were present and hadn’t defended him, they were also responsible for the humiliation he had suffered. He went and slandered his people to the Caesar claiming that the Jews were rebelling against him.

“How can this be proven?”, the Caesar asked.

“Send a sacrifice to be offered in the Temple and we’ll see if it’ll be sacrificed”, Bar Kamtza responded.

The Caesar sent a calf to Yerushalayim but along the way Bar Kamtza slit its lip, causing it to be blemished. {Sacrifices were brought to Hashem by Jews and gentiles alike. Jews could only sacrifice in the Temple whereas gentiles could also bring offerings outside of the Temple. Many blemishes which disqualify an animal from being sacrificed by a Jew would not disqualify the animal from being brought by a gentile outside of the Temple. However, if the gentile wished the sacrifice to be offered in the Temple than it had to be purely unblemished as that of a Jew. This lip-blemish therefore, disqualified this animal as it was being offered in the Temple.} The kohanim (priests), unwilling to sacrifice the animal, seemingly substantiated Bar Kamtza’s slanderous claim of a rebellion. The Caesar sent his armies who laid siege on Yerushalayim for three years, leading to the ultimate destruction.

Rabeinu Asher, well known by the acronym of his name, the Ro”sh, discusses sin’as chinam (unwarranted hatred). “Don’t involve yourself in an argument that isn’t yours. In the end, they’ll make peace but you’ll remain in your state of anger.” Their issue will ultimately be resolved — you, who had no real issue, will be left in an unresolved state. <.p> My wife and I often discuss how raising children offers a revealing glimpse into oneself. I remember how my oldest son, as a young child, would stand for a long while gazing into the open ‘fridge’. Finally, I asked him what he wanted. “I don’t know but something”, was his response. I, of course, launched into a righteous presentation of how one should only open the ‘fridge’ to take out some particular food item. I remained confidently smug in my parenting acumen until I found myself, about ten minutes later, browsing through the fridge seeing what might look interesting…

We often laugh at children when they parade around, proudly proclaiming: “Look at my new shoes! Aren’t they nice?”. We, of course, are far too refined to do that. We’ll ensure that everyone notices a new item of ours in a much more subtle, sophisticated manner…

How often are our children involved in a skirmish with another child. We are seething at the injustice done to our little angel. ‘They can do what they want to me, but don’t touch my kid!’, we say to ourselves. We tell the child not to play with that child if he can’t play nicely. Amazingly, ten minutes later, they are once again the best of friends, running arm in arm. They are over it — we aren’t. Our thoughts? How can he forgive him so fast?! Why isn’t he transgressing the Torah’s commandments of not harboring ill feelings and not taking revenge? Why haven’t I successfully educated him to be hateful…

In Eretz Yisroel, during the early 1900’s, there were two hospitals available to the Yerushalayim residents. One was Shaarei Tzedek, run by religious Jews, and the other was a hospital run by missionaries.

At that time, many non-religious leaders had much animosity toward the religious leaders. Rav Yosef Chaim Sonnenfeld, the venerable elder of Yerushalayim, was the object of their hateful scorn. One of these virulently anti-religious Jewish leaders was very ill. After spending two weeks in the missionary hospital, his health took a serious turn for the worse and the doctors there threw up their hands in despair. His family brought him to be admitted to Shaarei Tzedek. The administrator there, upon hearing that he had been in the missionary hospital until that point, refused to have him admitted. A relative realized that the only one who could make this administrator change his mind was Rav Yosef Chaim Sonnenfeld.

“I rushed to Rav Yosef Chaim’s house in the pouring rain and by the time I arrived I was soaked to the bone. When I entered his room, he was leaning over a large Talmud, engrossed in study. I knew he was saddened that I had left the ways of my parents, nevertheless, he greeted me warmly and invited me to sit down.

“I apologized for the disruption and I related to him the whole story. I included who the sick person was and which hospital he had been in.

“Rav Yosef Chaim gently bent the corner of the page he was studying, closed the Talmud, stood up and began to don his coat. I explained that I hadn’t meant to trouble him to travel to the hospital — all I wanted was a letter to bring to the administrator.

“‘When dealing with saving a life one doesn’t send letters’, he chastised me. He ran up the stairs and out into the street. Although he was seventy five years old and I was quite young, I could hardly keep up with him. The rain then worsened and I suggested that we wait under an overhang until it let up. His pace quickened as I heard him say to himself: ‘We’re saving a life and I should be deterred by raindrops?!’.

“I entered the hospital behind him and I rushed into the room to hear his words to the administrator: ‘Since when do you decide halachic questions of life and death? Admit him into the hospital and then we can discuss it!’. He then turned to me saying: ‘Bring the sick man, every moment is precious’.

“My relative was admitted to the hospital and a mere two weeks later he was released with a clean bill of health. I was embarrassed to tell him how the person he hated so much had been the one who saved his life.”

May it be speedily in our days…