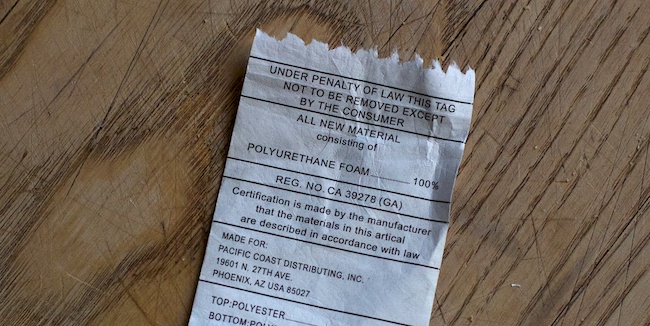 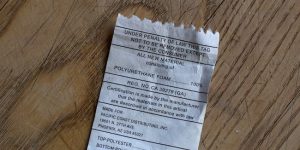 This week’s parsha, Toldos, contains a number of issues that seem difficult to understand. It begins: “V’aileh toldos Yitzchak (And these are the generations of Yitzchak)[25:19],” relating the details of the birth of Yaakov and Esav. We then move on to Esav selling the birthright to Yaakov and Yitzchak blessing Yaakov with the blessings he had intended for Esav.

The book of Michah concludes with the verse: “Teeten emes l’Yaakov chessed l’Avrohom (Give (to us) the truth (that you promised) to Yaakov (as reward for the) chessed of Avrohom) [7:20].” Each of the Avos (Forefathers) had their particular middah (attribute) in which they excelled and through which they brought the service to Hashem to a new realm.

The chessed (kindness) of Avrohom is well documented as the Torah contains many parshios which extol this middah of his. The emes (truth) of Yaakov is not nearly as apparent. The rigorous honesty that Yaakov displayed while tending the flocks of Lavan was clearly superlative. However, our superficial understanding of the events of our parsha seem to leave us with a feeling that Yaakov was not being honest.

“UNDER PENALTY OF LAW THIS TAG IS NOT TO BE REMOVED.” Which child hasn’t seen such a tag attached to the bottom of the dining room chairs? We always wondered: Why can’t we remove that tag? What will happen if we do? Will ‘they’ ever know? Will we really go to jail? Long after we stopped crawling under the table we carried with us that anxiety. One time we might actually remove that tag and then, there’s no telling what might happen… You see, as children we never understood the words which were written after that warning: “EXCEPT BY THE CONSUMER.” What’s a consumer? All that remained in our minds was that this tag had better not be removed, or else… That childish understanding remained long after we understood the meaning of a consumer…

Let’s ‘remove the tag’ of our childish understanding of the events in this week’s parsha and see if we can’t view those events in a different light.

Rav Isaac Sher zt”l explains that Yaakov did not need to buy the birthright from Esav in order to be considered the bechor (firstborn). Similarly, Esav did not lose the birthright because he had sold it to Yaakov.

Reuven, the firstborn of Yaakov, was destined to be the kohen (priest) and the king. Because of the slight sin he performed when, thinking he was fulfilling the mitzvah of honoring his mother, he moved Yaakov’s mattress from Zilpah’s tent to his mother, Leah’s tent, he lost the bechorah. There was no need for any sale. Reuven wasn’t deserving — he therefore couldn’t and wouldn’t get it.

The firstborns were designated to perform the divine service of sacrifices. They disqualified themselves by participating in the ‘cheit ha’egel’ (the sin of the golden calf). The tribe of Levi, by not worshipping the egel (calf), were chosen to perform the service in their stead. Once again, there was no need for a ‘sale’. If they were not worthy then it was transferred to others who were.

If so, then regardless of the sale, Esav, who was not worthy, was not going to be the bechor. Yaakov, who was deserving, was clearly the bechor.

Why then did Yaakov buy the bechorah from Esav?

Rashi explains on the passuk: “Michrah cha’yom es bechorascha lee (Clearly sell the bechorah to me)[25:31],” that Yaakov’s concern was that Esav was not worthy of the service to Hashem. It would be a disgrace to Hashem to have an unworthy person offer the service and it would demean and defile the service of Yitzchak if an Esav would be his partner. Therefore, in order to spare Esav the disgrace of his service not being accepted and in order that Esav would willingly give over the bechorah, Yaakov arranged to purchase it.

In retrospect, this act was the true synthesis of Avrohom and Yaakov’s attributes. The emes (truth) of Yaakov recognized that, by virtue of his behavior, Esav wouldn’t be the bechor and that emes wouldn’t allow an unworthy person to attempt to offer the service. The chessed (kindness) of Avrohom made sure that it be done in a face-saving way that spared Esav that humiliation.

In order to understand Yitzchok’s love for Esav and his desire to give him the blessings, we must remember what we discussed back in parshas Berishis. Before the sin, Adom Harishon and the entire world was in a state of pure, unadulterated tov (good). Standing before him was the Eitz HaDaas (The Tree of Knowledge), symbolizing the concept of “soor mai’ra (move away from evil)” and the Eitz HaChaim (The Tree of Life), symbolizing the concept of “asay tov (do good).” Adom’s eating from the Eitz Hadaas caused ra (evil) to be mixed into him and into the world.

The Ohr Gedalyahu explains that the Avos were toiling to correct the sin of Adom, each one picking up where the other had left off. Yaakov, the third of the Avos, was an “ish tam (pure man),” — in the state of Adom before the sin. His mission was “asay tov,” to “dwell in the tents”, totally devoted to tov, to the Eitz HaChaim.

Esav was born a mixture of tov and ra, he was “a man of the field”. His mission was “soor mai’ra,” to subjugate that ra to the tov — to vanquish the Eitz HaDaas.

Together they would have continued the work of their father and grandfather. The Medrash teaches that, had Esav accepted his role, each would have had six tribes.

“And Yitzchok loved Esav [25:28].” Yitzchok’s attribute was g’vurah (power)– overpowering the desires and quelling the ra. He thought Esav had the same middah as he. He saw the battle raging inside of Esav and thought it was the same as the battles that he had waged. He wanted to bless Esav. A blessing is assistance and support — the creation of life-conditions that are conducive to serving Hashem. Yitzchok thought that Yaakov, in his pure state, dwelling in his tents, didn’t need the blessings. He thought that Esav did.

“And Rivka loved Yaakov [25:28].” Rivka, raised in the house of Lavan, saw to the very core of Esav. There was no internal battle. The tov was being hung as an adornment to mask the mastering ra.

Chaza”l say that the righteous receive their portion and the portion of the wicked in the next world. Being that they have to shoulder the service that the wicked neglect, they thereby earn their portion.

Yaakov had to also assume the service of Esav. He could no longer just dwell in the tents. He now had to confront ra and control it. He ‘became’ Esav. He’d father all twelve tribes. The blessings were now rightfully his — the assistance and support necessary for this battle.

Yaakov received the blessings and immediately leaves his ‘tents’ — he goes out into exile. Ultimately he confronts and battles the ministering angel of Esav, the yetzer ha’ra himself, and emerges wounded but victorious. His named is changed to Yisroel. We Bnei Yisroel, the descendants of Yaakov, continue to wage this battle until today.