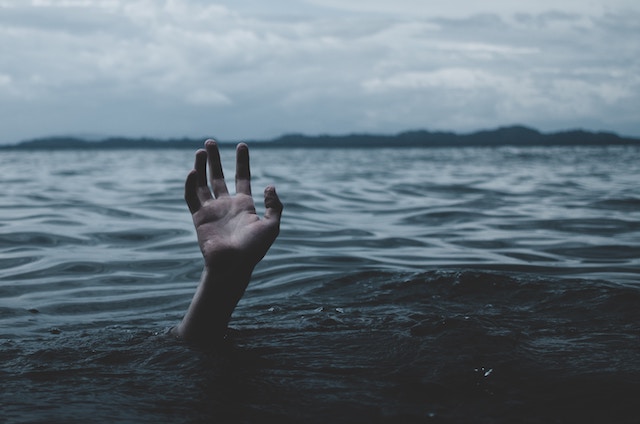 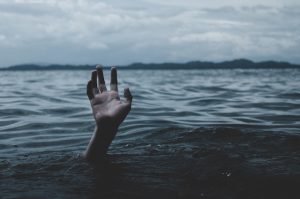 This week we read the parsha of Mishpatim. “And these are the mishpatim {judgments} that you shall place before them. [21:1]”

In last week’s parsha, Yisro, we experienced the revelation on Har Sinai {Mount Sinai}-the intensely spiritual experience where, to the degree humanly possible, we as a nation came face to face with Hashem. This week’s parsha is replete with the mishpatim-the judgment laws. The practical, down to earth laws, through which we take that spirituality of Hashem telling us: “Anochi Hashem Elokecha {I am Hashem your Elokim}” and allow it to permeate and elevate our day-to-day dealings.

Judaism doesn’t look to cut a person off from normal human dealings through abstention. Rather, the entire Torah teaches us to partake of the physical and mundane and to elevate it.

Of the fifty-three mitzvos {commandments} taught in this parsha, I would like to discuss the mitzvah of ‘prikah’ {unloading}.

“Ki sir’ah chamore son’a’cha {When you see the donkey of your enemy} collapsing beneath his load, should you abstain from helping him?! Azov ta’a’zov eemo {you must help him}. [23:5]”

Here the Torah commands us that if we see, even our enemy’s animal crumbling beneath a heavy load that it’s carrying, we must go and help. This is similar to the mitzvah {commandment} of t’inah-helping to load an animal-but being that prikah adds the element of alleviating the animal’s suffering to the act of chessed {kindness} found by both, prikah must be done with out remuneration.

This mitzvah has many practical applications for us, although donkeys may no longer be our choice mode of transport. If we must help a person’s animal when it’s having difficulty with its physical load, then there’s certainly an obligation to help a person himself. Whether it’s a person carrying heavy bags or trying to load/unload the trunk of his car, the opportunities for prikah abound.

The Chofetz Chaim takes this even further. If we must help an enemy’s animal carrying the usual donkey-load of sand and stones for building, then we must certainly help a close friend’s animal carrying loaves of bread for a town’s daily consumption. Now, imagine that the load was not bread but rather medicine for a plague stricken town and it was a person carrying it who had collapsed under the load. Certainly, everyone would jump to help unload and reload in order to get this person back on his way.

The Chofetz Chaim then goes on to say that when we see those individuals involved in the eternal-life-providing endeavors of chinuch {Jewish education} and kiruv {drawing people close to Torah} buckling under the financial burden of maintaining and providing such services, we must certainly come to their aid and fulfill the mitzvah of prikah in such a deeply meaningful way.

I thought that, perhaps, there’s another application of this mitzvah of prikah. I think we’d all agree that emotional burdens are much harder to bear than physical ones. After dealing with different teenage issues with my sons I’ll often longingly reminisce back to the time when simply changing a diaper brought them from tears to smiles…

If there’s a mitzvah to help an animal physically unload, how much more so to help a person unburden emotionally. We’re often afraid to get involved thinking that we might not have answers for the person’s grief or difficulties. However, often what a person needs most is simply a sympathetic and non-judgmental ear-just to be able to get things ‘off their chest.’ Quite often a person who serves as a sounding board feels stupid for not having anything meaningful to say or suggest. He is afterwards surprised when he receives heartfelt thanks for his help from a calmed and relieved friend.

By trying to see and feel what the other person is going through we can connect to them in an incredible way and by somewhat relieving them of their burden we can fulfill the mitzvah of prikah in the fullest sense.

Rabbi Dr. Abraham Twerski tells a beautiful story in his book Do Unto Others which perfectly illustrates this point.

Early in his career he had served as a psychiatrist in a large state mental hospital. He would conduct tours of the facility for visiting medical students, pointing out cases described in psychiatric literature but rarely seen outside of an institution.

He once pointed out the man who was the most ‘senior’ patient in the hospital. He had been admitted fifty-two years earlier at the age of seventeen with the diagnosis of what was later called schizophrenia. He hadn’t spoken a single word during those fifty-two years.

The patient had a routine whereby following breakfast he would go to a corner of the community room and assume an absurd contorted position with his hands directed upwards. He’d maintain this position for hours until he was called to lunch. After lunch he’d return to this position until supper and then again after supper until bedtime. No therapy or medication was successful in getting him to alter this behavior.

One of the students asked if he could speak to the patient. “Certainly,” Rabbi Twerski responded, wondering what impact this student thought he could make when decades of psychiatric help had failed.

The student approached the patient and said, “You must be tired. Go sit down.” The man gave him a blank stare and didn’t move. The student then assumed the contorted position of the patient, copying his posture with great precision and then said, “I’ll stand here like this. You can go sit down.” Without a word, the patient sat down on a bench for the first time in fifty-two years!

Azov ta’a’zov eemo {you must help him}. He helped him to ‘unburden’ in a most literal way.

Something that we dismiss as crazy or insignificant in another person might have great meaning and importance to them. By trying to understand what they are going through, we can help them unburden in many ways.