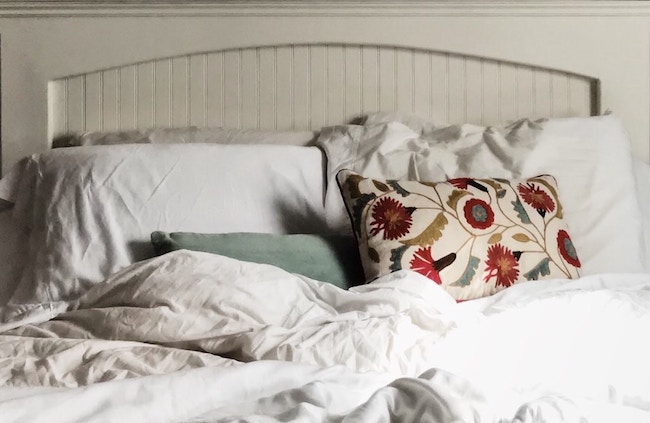 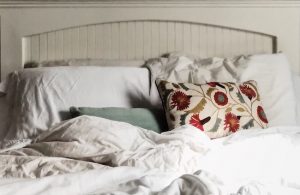 This week we read the parsha of Va’yaitzay. “Va’yaitzay Yaakov mi’Beer sheva va’yailech Charanah {And Yaakov went out from Beer Sheva and went to Charan}. [28:10]”

A person going from point ‘A’ to point ‘B’ is either trying to get away from point ‘A’ (va’yaitzay-and he went out) or is trying to get to point ‘B’ (va’yailech-and he went to). In the case of Yaakov, he was doing both. Due to Esav’s murderous intentions, Yaakov needed to leave Beer Sheva. Additionally, Yitzchak had commanded Yaakov to go to his uncle Lavan’s house in Charan in order to find a wife. He therefore needed to go Charan.

“And he came to the place… [28:11]” Rather ambiguous. What place was this? Rashi explains that this was the place where the Temple would eventually be built. The Kli Yakar adds that there was no need for the Torah to specify. This was simply ‘the place.’ The physical foundation of the world as creation began there and the spiritual foundation of the world as all spiritual influences flow through there.

“The sun had set…” The Kli Yakar continues: Yaakov saw that the sun had set suddenly before its normal time. Generations later, the windows of the Temple built at that place were made narrow on the inside and wide on the outside. It didn’t need light from the sun-its glow illuminated the world. Yaakov noticed that the sun paled when he reached there-it set prematurely. He realized that this was the place.

“And he took stones from that place and placed them by his head and he slept there. [28:11]” Rashi explains that Yaakov was afraid of wild animals. In order to quell this fear, he placed stones around his head for protection.

Any campers out there? Anyone ever see that in the Boy Scout manuals?

I could just imagine a pack of bears approaching. “Hey, looks like supper!”

“No way! We can’t get anywhere near him. He’s got rocks around his head!”

Let’s try to understand the protection that those rocks afforded Yaakov.

The Saba of Kelem explains that tzaddikim {the righteous} live with the concept that everything that goes on around us is miraculous. There really is no such thing as teva {nature}. Every event of this world bears the mark of the clear, unmistakable hand of Hashem, though it’s often veiled behind the cloak of what we call nature.

Nevertheless, one can’t rely on those miracles. One must do all that is within their ability and only then trust that Hashem will pick up from that point.

Yaakov was not afraid of animals! He was afraid that he had not yet done all that he was able in order to minimize the miracle of Hashem’s protecting him. The animals themselves are powerless. Hashem is omnipotent. If I haven’t done what I can, I have Hashem to fear. Hashem, and Hashem alone. Yaakov was therefore afraid.

He placed rocks around his head. Almost futile in warding off beasts but nevertheless accomplishing the minimizing of the miracle. At that point he was no longer afraid. He went to sleep.

Rav Sholom Shwadron zt”l expounds on this. Imagine if we were on a safari and were separated from our guide and group. Alone and unprotected in the African jungle with darkness stealthily approaching. Surrounded by the roars of lions and the grunts and calls of other beasts we’d try to focus our thoughts on trusting in Hashem’s providence. Even if we’d succeed, if we’d look down at our body we’d see that we’re trembling. Sleep?! Fahgedaboudit!

Yet, Yaakov was perfectly calm. There was no longer any cause for fear. He’d done what he could. He was now in the hands of his Creator. Time to turn in…He went to sleep…

We find a similar situation with the prophet Yonah {Jonah}. Yonah boarded a ship on its way to Tarshish in order to be exempted from delivering his prophecy to Ninveh. He was sure that the gentile inhabitants of Ninveh would all repent when he’d foretell of the impending destruction. This would reflect negatively on Bnei Yisroel {the Children Of Israel} who hadn’t responded so quickly to the warnings that the prophets had delivered to them. He therefore tried to flee to Tarshish.

A fierce storm struck and threatened to sink the ship. All of the passengers were up on deck, frantically trying to lighten the ship by throwing excess belongings overboard while screaming out to their gods to save them. Meanwhile, Yonah, cool, calm and collected, had gone down to the lower chamber of the ship to go to sleep. Not a light, fitful doze but rather a good, deep slumber. He was as composed and relaxed as if he would be going to sleep in his house.

The water was perfectly calm besides the area immediately around the ship where this violent storm was raging. The sailors realized that this was a supernatural situation and drew lots to determine which passenger was the cause of this strange phenomenon. The lots fell upon Yonah.

They couldn’t fathom how a person could sleep through such a predicament. What type of person are you? What type of nation are you from? How do you have no fear?

Yonah explained in one sentence. “I am a Jew and I fear Hashem, the G-d of the Heavens, who created the sea and the dry land.” When one fears Hashem, there is no reason to fear the sea any more than dry land.

As Yaakov slept he dreamt and saw a ladder that stood on the ground with its head reaching up to the heavens. The Nefesh HaChaim explains that this vision was representative of man. He walks this physical earth while his stature actually extends into the heavenly realm.

Sleeping soundly while the ship is being tossed. Arranging rocks trusting that Hashem will then keep the beasts at bay.

Their feet were on this earth but their heads reached the heavens.