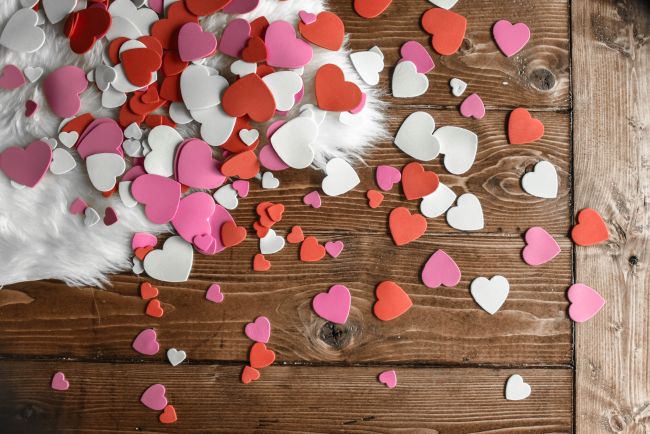 Giving from the Heart 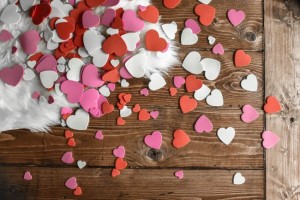 Speak to the Children of Israel, and have them take for Me an offering; from every person whose heart inspires him to generosity, you shall take My offering.. (Shemos 25:2)

WE ARE NOW in the Purim mode. Last week was Parashas Shekalim, the first of the four special Maftirs read at this time of year, two before Purim and two after. I don’t know about you, but I’m already thinking about Pesach cleaning. I’m older and my kids have moved out. I work slower and things seem to take a lot longer to do than they used to. I’m ALREADY strategizing.

This week’s parsha sets the tone. As the name itself explains, it is about giving. And not just giving, but giving from the heart, OF the heart. Is there anything ELSE to give? Is there any other WAY to give?

The funny thing about giving is that it can look like a giving and yet, end up being a taking. The moment the giving benefits the giver more than the recipient, it is a taking, not a giving.

That’s not necessarily bad. It depends upon the arrangement. I have no problem receiving something that benefits my benefactor more than me as long as I receive what I need or want. I especially have no problem with it if the benefit my giver has gained is purely spiritual.

We also have no problem with being a vehicle for a benefactor’s gain if it is sincere. If a giver acts as if they are making a sacrifice to help out when in fact they are not, or at least not to the extent that they say they are, then it tarnishes the chesed somewhat. It attaches an element of falsehood to the act of giving.

Rav Avdimi bar Chama bar Chasa said, “This teaches that the Holy One, Blessed is He, overturned the mountain upon them like an [inverted] cask, and said to them, ‘If you accept the Torah, it is well; if not, there shall be your burial.’ ” (Shabbos 88a)

This, of course, is problematic. It means that the Jewish people did not FREELY accept the Torah of their own volition, but were coerced into acceptance. They said they were giving themselves to God and Torah, but their giving lacked sincerity. This came back to haunt them 957 years later:

Rava said, “They reaccepted it in the days of Achashveros.”  (Shabbos 88a)

It is more than interesting that so much of Purim is about giving. There is a mitzvah to give, not just to people who need to receive, but even those who do not. Matanos L’Evyonim is for the poor, but Mishloach Manos is usually given to those who have. It has even become a central part of the day’s celebrations, and so many people go over the top with their gifts.

The question is, why is giving such an integral part of Purim only? Pesach is also about the redemption of a downtrodden people, so why not make gift giving a part of the holiday as well? What is unique about Purim that ties it to heart-giving more than any other Jewish holiday? Why is Purim, more than any other holiday, about sincerity?

Rebi Shimon bar Yochai was asked by his students, “Why were the ‘enemies of the Jewish people’ in that generation deserving of extermination?”

He told them: “You answer.”

They said, “Because they partook of the feast of that wicked one.”

[He said to them]: “If so, those in Shushan should have been killed, but not those in other parts!”

They then said, “Then you answer.”

He told them: “It was because they bowed down to the image.”

They said to him, “Did God then show them mercy?”

So, then, they weren’t REALLY deserving of extermination. It just LOOKED that way, and it appeared that Haman COULD have carried out a Holocaust in his time. But really, God had just been pulling their collective leg, taking things down to the wire so that they would . . .

Well, think about it for a moment. Mordechai certainly didn’t buy into it, the whole idea of faking their worship of Haman while secretly staying with God. On the contrary, he went out of his WAY to show just how sincerely he DIDN’T give in to Haman and his demands. According to the Talmud, it wasn’t HIS sincerity that almost led to Haman’s decree to wipe out the Jews, but the lack of sincerity on behalf of his fellow Jews.

That’s why the miracle, in the end, comes through Mordechai. In spite of the potential dangers of remaining true to his heart, he stuck with it anyhow. In the end, he not only survived all the dangers, but was elevated to a high position of power.

This is why costumes and drinking are such an important part of the celebration. The costumes mock our ability to create facades in life, and the drinking is supposed to help a person take them down. As the Talmud states, a person is known by three things, one of which is his “cup.”

The interesting thing about insincerity is that it can be so subtle that a person can even be insincere with himself. At some point, people can stop knowing themselves and can find themselves in relationships they do not like or doing things they do not enjoy. But, it can take them years of misery before they finally wake up, realize it, and change it.

It is particularly easy to be insincere with God, at least during times of Hester Panim, when God hides His face. That is when people can go to minyan and pray as if they mean it, when in fact they don’t at all. Or they can perform mitzvos half-heartedly, if even that. They think it is “enough,” which is why they can’t understand when it seems as if God is not on their side.

Until, of course, they can recall what it means to be sincere. That’s what happened to the Jews in Esther’s time. No one prays or fasts more sincerely than someone who believes their life is on the line. It made them worthy, worthy of a great miracle. But they wouldn’t have needed it in the first place had they learned the lesson from this week’s parsha, that is it the HEART of a person that God wants. The “gift” is just the means to give it.