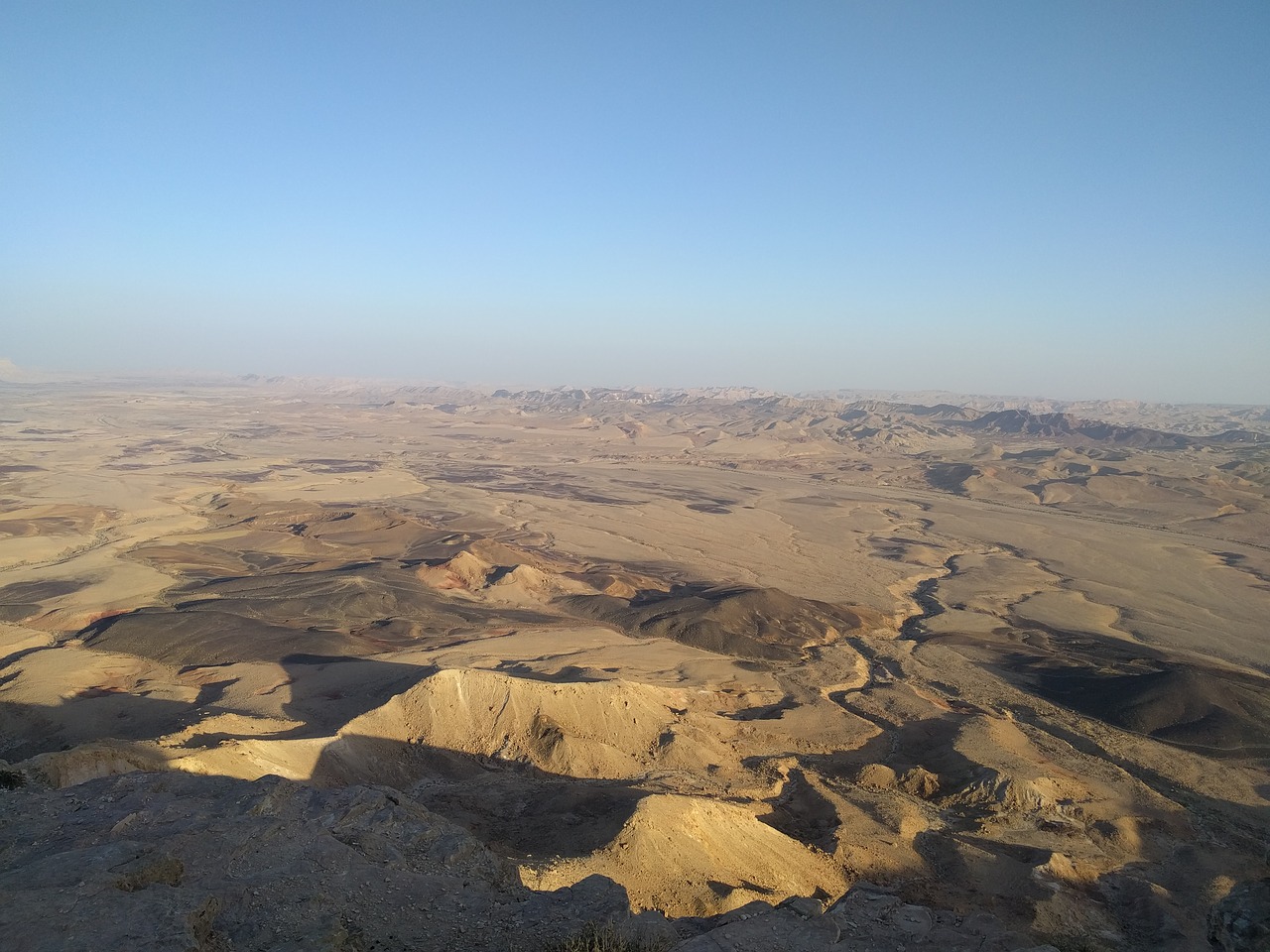 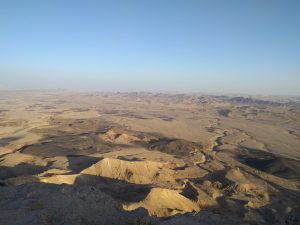 Rashi however explains differently. The importance of the borders is mitzvah-based:

Since many mitzvos apply to the Land [of Israel] and do not apply outside the Land, the Torah found it necessary to chart the outer limits of its boundaries from all sides, to inform you that the mitzvos apply everywhere within these borders. (Rashi, Bamidbar 34:2)

Moshe Rabbeinu understood that. Us, not so much. The spies rejected the Land, and convinced most of their generation to do the same. Countless Jews over the ages have had little problem remaining in the Diaspora. And today, even though the country has never been so “comfortable” materially as it is now, still many Jews just see it as another Middle-Eastern country. They consider moving THERE going into the “Diaspora.”

If they don’t, they daily miss out on a special opportunity of the reward in the World-to-Come that they earn only while living in Eretz Yisroel. It may seem like no big deal now. It won’t later on, when we see how much God valued such mitzvos.

The following rabbis also did:

When Rav Zera went up to Eretz Yisroel and could not find a ferry to cross [a certain river], he grasped a rope bridge and crossed. A certain Tzadduki sneered at him: “Hasty people, that put your mouths before your ears, you are still, as ever, clinging to your hastiness.”

Rebi Abba used to kiss the cliffs of Akko. Rebi Chanina used to repair its roads. Rebi Ammi and Rebi Assi used to rise [from their seats to move] from the sun to the shade and from the shade to the sun. Rebi Chiya ben Gamda rolled himself in its dust, since it says, “For Your servants desired its stones and favored its dust” (Tehillim 102:15). (Kesuvos 112a)

All of this was because they loved the Land, and didn’t want anyone to find fault with it. They took a lesson from the spies, that taught them not to give people reason to complain about God’s holy land.

There are some organizations today trying to bridge the gap between Diaspora Jews and Eretz Yisroel. I don’t know if the idea was ever tried before, but I do know it represents a great opportunity to build a connection between oneself and the land of our ancestors.

The name of this organization is “Kinyan Eretz Yisroel.” This is what they have explained to me:

Basically our goal is to enable every Jew to perform all 28 mitzvos of the Land including Terumos, Ma’asros, Pe’ah, Leket, Shikhekha, so on and so forth. The chevra as created by the Dayan HaRav Meir Leibowitz from Jerusalem, some 14 years ago. And now, we have Haskamos from over 10 Gedolei Yisroel, including HaRav Chaim Kanievsky, HaRav Aharon Shteinman zt”l, HaRav Shalom Eliyashiv zt”l, the Bostoner Rebbe, the Lellover Rebbe and many other Torah giants. We are now going through some changes and hope to come up with an exciting in-depth webinar on hilchos ha’aretz, a new website, and new outreach efforts to disseminate this fantastic initiative. In doing so, we hope to increase the merits of the Jewish People through these fascinating mitzvos which, until recently, were exclusive to farmers. For those interested in learning more, you are welcome to visit our website: https://www.kinyaneretzyisrael.com/.

Eretz Yisroel is VERY close to my heart, as I have explained on MANY occasions. I’ve written several books to show the Kabbalistic basis of that love, which is intimately tied to love of God and Torah. This was something the spies seemed to have overlooked. We shouldn’t.

As I once asked someone at a shiur in downtown New York, who challenged me about the importance of Eretz Yisroel today, “How do you know that YOUR lack of love for the Land is not because you are from the generation of the spies, who rejected the Land? Perhaps you’re failing YOUR opportunity—AGAIN.”

Even their descendants, the people of Reuven, Gad, and half the tribe of Menashe, didn’t get the message and opted to remain east of the Jordan. The Midrash says that they were exiled first by Assyria for this decision, and WE’RE still in exile today because of them. Ouch!

This is not about looking a “gift horse in the mouth,” because THIS gift is only dangerous if NOT accepted. And it’s not hidden either, but there for the taking if a person takes the time to realize what it truly is, and what it SHOULD mean to them.

Tisha B’Av is almost upon us. There is no better time of year to connect to Eretz Yisroel—EVEN if you already live here—than NOW. May we merit the Final Redemption this year, peacefully, and here on the Land of our people, if not physically, then at least in spirit through organizations like “Kinyan Eretz Yisroel.”