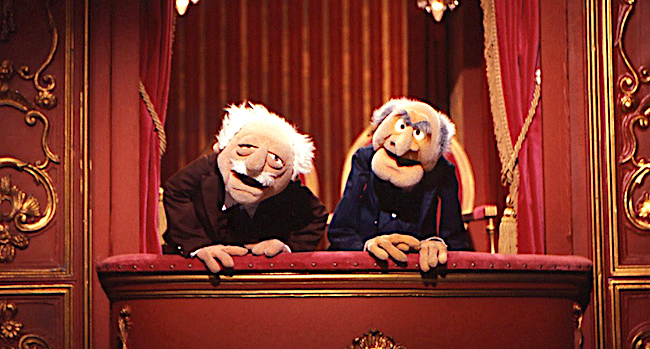 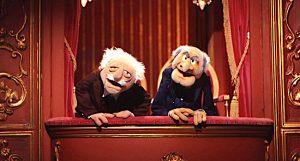 These are the words which Moshe spoke to all Israel on that side of the Jordan in the desert… (Devarim 1:1  2:5)

WE’RE IN THE home stretch now, b”H. We started Berei-shis just under a year ago on Simchas Torah, and now we’ve started Devarim, b”H. Tisha B’Av is just over a week from now, and Rosh Hashanah is fast approaching. It’s close enough that people are starting to wonder what it is going to be like, given the corona situation and returning limitations, at least here in Eretz Yisroel.

This week’s parsha begins at the end of Moshe Rabbeinu’s life. He is 120 years old to the day, born on the 7th of Adar and dying on the 7th of Adar. And as Rashi explains, there is no better time to criticize someone than on the day of one’s death. Then they can speak freely without the criticized having to be embarrassed every time they see the criticizer.

The art of criticism is exactly that, an art. It is extremely easy to do, but much more difficult to do right. The goal of criticism is, or at least should be, to enlighten someone else to a better way of life. The result should be the one receiving the criticism saying, “Okay. I didn’t realize I was doing that wrong. Let me make the change right away.” Anything less and the criticism has basically failed, which is why many today choose to keep their complaints to themselves.

We have a mitzvah to set people straight, but only insomuch as it doesn’t make them bigger sinners. If we could help someone from sinning and don’t, then their sin becomes ours as well. It is easy to err in either direction, especially if a person hates controversy.

There is an additional issue. Not everything we see as wrong is actually wrong. This is why we also have a mitzvah to judge a person to the side of merit, turning criticism sometimes into a question more than a statement. For example, instead of, “You did X the other day,”  the person asks, “Did you know you do X?” This way a person has a chance, if necessary, to explain themselves and side-step the criticism.

Above all, the person doing the criticizing has to be l’Shem Shamayim, doing it for all the right reasons. They have to be sure that their criticism is not really a put-down on some level, which is why some have begun with, “I may not be the best person to tell you this, but you…” The admission makes the complaint seem more sincere, and easier to learn from.

Resh Lakish added another principle to the process. He said that a person should really make sure they have corrected themself first before pointing out a perceived failing in someone else. Well, that just about shuts the door on many a critic right there.

Criticism is a great opportunity for personal growth. If the criticism is unwarranted, then the person can happily shrug it off. But if the criticism has any validity whatsoever, even if it was given in the most horrendous way possible and from a person’s greatest enemy, it still carries with it the potential for self-improvement, and that is worth everything.

All emotions aside, we’re here for self-rectification. The goal of life is NOT pleasure. That is a SIDE benefit. The goal of life is PERSONAL FULFILLMENT, which does not always occur in the most pleasurable ways possible. How many years do people spend in school when they’d rather be on vacation? How many people suffer horrible jobs just to advance their careers? How many athletes punish their bodies for long periods  just to become competitive?

If we do all that for physical and material improvement, how much more so should we do it for spiritual growth! WE don’t, and for one specific reason: we can’t see why we should, unless we’re in an environment where everyone is doing the same thing, like in a yeshivah. Then at least we can measure the benefit of our efforts in this world, and not just in the next one.

I’m just reading the book recently published on Rav Noach Weinberg, zt”l, the founder of Aish HaTorah and my Rosh Yeshivah. I’m not that far into the book yet, but though some of it I already knew, most of it I did not. I knew he was a GREAT man, one in a generation, but the book is helping me to realize, somewhat, just how great.

As his earlier acquaintances and students recall what the Rosh Yeshivah was like in his early days, and what he went through to end up igniting what most in the Torah world had thought was only a pipe dream, one thing comes through most. A major part of his genius, and it is GENIUS, was to make Torah rewarding in the here-and-now for people who weren’t yet sure if Torah was from God. They certainly had not yet accepted that there was such a thing as eternal reward in the World-to-Come.

For those who have learned to love Torah from an early age, and who have never questioned its divine origin, this might be unnecessary. Lacking the psychological and emotional roadblocks between themselves and Torah expertise, they have hopefully entered the world of “Torah Lishmah.” That is when you learn Torah for its own sake, and for doing so, it shares its other-worldly sweetness with its learner.

But for those of us who have a long way to go until we get to such a glorious point, and who have yet to believe enough in the World-to-Come to live for it, we need to be able to see what is in it for us now. It’s what gets so many people in the door, hopefully long enough for them to realize that it is to their benefit that they learn Torah.

As I have mentioned in the past, when I first became somewhat observant, I thought I had done God a favor. I even told Him so. After learning some more and upping my commitment, I came to realize that He had done me a favor by bringing me to Torah, as much as I did Him one by accepting it. And then a year later, I had finally learned enough to know that if anyone had done anyone a favor, it had been God. He had not only put up with me before I lived by Torah, but He patiently waited for me as I waded in it before accepting it wholeheartedly.

And therein lies the secret of good tochahah—criticism. If you say to someone, “Pssst, you wanna make a lot of money?” you will get their attention. If you look authentic, you will get their ear. If you prove reliable, you will get their money. As long as a person believes that they have something to gain by buying into your offer, they will at least consider it, if not actually buy in.

A good critic doesn’t only point out another person’s flaw. A master critic points out how it is to the benefit of the person they are criticizing, in the here-and-now, to fix their shortcoming. They will not hear someone trying to take them down, but someone trying to build them up. They will hear an offer they can’t refuse. And the best part of all? They will be ever so grateful that you cared enough about them to share what you did to improve their quality of life.