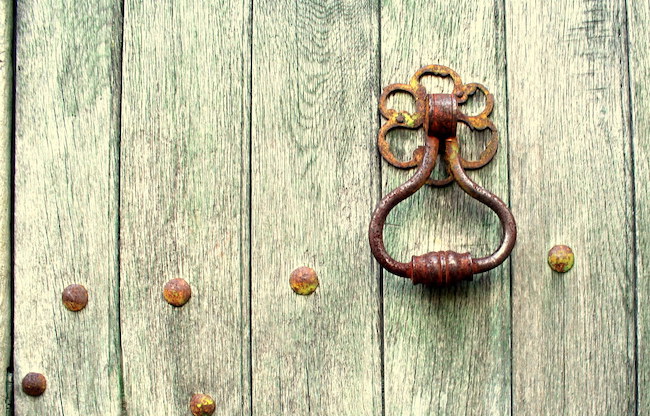 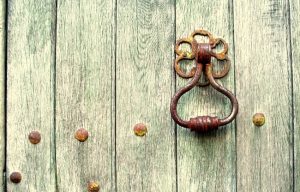 LAST SHABBOS NIGHT between Kabbalas Shabbos and Ma’ariv someone spoke at the shul I go to. Being Shabbos Parashas Zachor, he addressed the impact Amalek’s attack had on the Jewish people, and why there is a mitzvah of remembering what Amalek did, and not forgetting, seemingly the same mitzvah twice.

The basic point he made was that the Jewish people sang shirah after God split the sea, but when it came to receiving Torah, they not only didn’t sing shirah, they cowered. Then came the golden calf, and they danced and made merry, reflecting badly on their lack of enthusiasm when they received Torah. THAT, he explained, was the difference Amalek’s attack made to Jewish history, and basically what the Torah means when it says Amalek “cooled” us off along our way.

The point is obviously true. I would just change some of it because, basically, the Jewish people did not participate in the building or worshipping of the calf. It was the Erev Rav—Mixed Multitude who did all of that, plus about 3,000 Jewish “stragglers” who felt closer to the Erev Rav than to the rest of the nation. The rest of the nation may not have celebrated the giving of Torah, but they most certainly did not celebrate the golden calf either. Instead, Amalek’s attacked cooled the Jewish people down in another way.

The question is, if the Jewish people did not participate in the golden calf incident, then why is it counted as one of the ten times the Jewish people tested God? And why, as Rashi points out in this week’s parsha, has every national punishment since, atoned somewhat for the sin of the calf? What sin?

The Leshem asks that question and answers it. As he points out, the language of Chazal is that we TESTED God ten times. It does not use the actual word “sin,” which most people just ASSUME implies the same thing.

The Leshem clearly says it doesn’t. Instead, he says that the “test” the Jewish people “gave” to God each time something went wrong was, that they allowed themselves to believe that God would cut them off. “Well that does it,” they would tell themselves and others, “God is DEFINITELY going to leave us high-and-dry THIS time!” even though each time He didn’t. They doubted God’s commitment to them.

Furthermore, my Rosh Yeshivah, Rabbi Noach Weinberg, zt”l, pointed out, it wasn’t until Moshe Rabbeinu came down the mountain and called for help, that people responded to the calf. Where was everyone—INCLUDING Bnei Levi—until that time? Why hadn’t they followed Chur’s example and stand in the way of the sinners, even if it meant dying in the process?

Or was it? What came first, the chicken…or the egg?

The entire community of the Children of Israel journeyed from the desert of Sin to their travels by the mandate of God. They encamped in Refidim, and there was no water for the people to drink. So the people quarreled with Moshe, and they said, “Give us water that we may drink.” Moshe said to them, “Why do you quarrel with me? Why do you test God?” (Shemos 17:1-2)

Why do you test God: saying, “Can He give water in an arid land?” (Rashi)

It’s the same old story. God does a fantastic miracle for someone, and when it is followed by adversity, the miracle is forgotten and hopelessness is remembered. What good was the $1,000 I miraculously received last week when this week I received a bill for $2,000? Current bitterness undermines the sweetness of the previous miracle, resulting in a person questioning the reliability of God’s ever helping hand. And when it happened to the Jewish people in the desert, THAT was the initial arrival of Amalek…before the actual nation using his name actually showed up.

Yes, Amalek was a people. And the snake in the Garden of Eden was also a snake. But when it spoke to Chava and convinced her to eat from the Aitz HaDa’as Tov v’Ra, it was the Sitra Achra doing all the talking THROUGH the snake. The snake had only become the Satan’s physical mouthpiece, making it look as if the snake was doing the talking.

Likewise, Amalek was just the clothing for a spirit that existed before they existed, and has continued to exist after they were gone. That’s how Haman could be Amaleki even though, according to some, he did not actually descend from the people of Amalek. He didn’t have to. He just had to be a fitting vessel for the spirit of Amalek, just as Balak and Bilaam were, according to the Zohar.

It’s interesting how the Torah phrases it:

Amalek came and fought with Israel in Refidim. (Shemos 17:8)

It would have been enough to just say that Amalek attacked the Jewish people, even if they had traveled a long distance just to do it. Why did the Torah add the words, “Amalek came,” as if he was already expected, and as expected showed up? It’s as if the Torah is saying that the Jewish people had already done something to bring him out, and now he came, like ringing a doorbell and waiting for the person inside to come and answer it.

They did. When they asked the question, “Is God among us or not?” they rang Amalek’s doorbell. When we ask ourselves, or someone else for that matter either explicitly or implicitly, “Where is God when we need Him?” we ring Amalek’s doorbell, so-to-speak. When new adversity causes us to forget past salvations, we pound on Amalek’s door. At that point, we only need to wait for him to answer our call.

The Talmud makes a very accusatory statement. It says that Achashveros’s handing over his ring to Haman, to give him permission to do with the Jews as he pleased, had a greater impact on the Jews of that time than the 48 prophets. The 48 prophets couldn’t get the Jews to do teshuvah like that ring did…like Amalek does!

And what teshuvah does he cause? Humility. Because if you fix that, then all other mistakes get rectified automatically. Arrogance goes. Modesty follows. Concern for others increases, etc. Humility breeds appreciation, and appreciation results in all the other positive traits that make us godly.

This is the difference Amalek meant, means to us. He robs us of humility, one way or another. Some he makes arrogant, blinding them to the truth about themselves and life in general. Others he makes insecure, so that they can only think about self-preservation, and not about the well-being of others. Either way, everyone stops thinking about God and His plan for Creation. That’s not good for anyone.

That’s why the golden calf is in the same parsha as the mitzvah to give the Half-Shekel. If we don’t live by the latter, we will come to live by the former, and that just invites Divine wrath. Plague…war…what’s the difference when the effect is the same.

And as if to put an exclamation mark at the end of this, we also read about the Parah Adumah for the Maftir, being “Parashas Parah.” Little else symbolizes the concept of humility more than the Red Heifer. Its understanding is beyond us, humbling our intelligence. It is burned completely, reminding us that we are temporal. It is used to purify a person from contact with the dead, a humbling experience on its own.

This message couldn’t be more relevant than today, as we deal with our own version of plague.