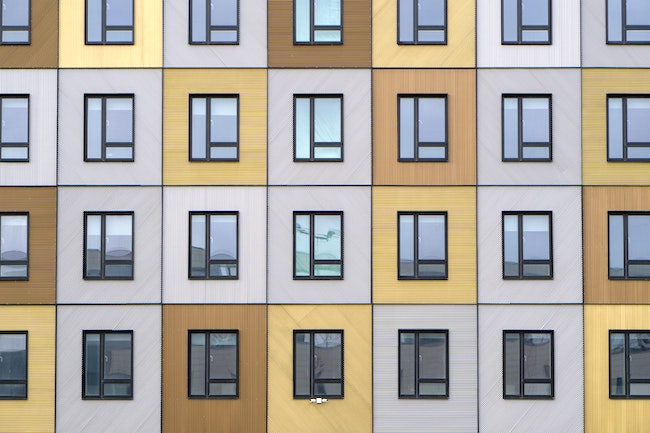 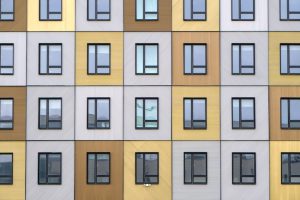 August 23 and 30, 8:30 pm Israel time: In Advance Of The Ten Days, two sessions on rising to the task between Rosh Hashanah and Yom Kippur. Write to [email protected] for details.

The Talmud relates that God will make a seudah for tzaddikim in the World-to-Come, and when it comes time to bentch after the meal, He will offer the Kos shel Brochah to Avraham. Avraham, however, will decline the amazing honor to lead the bentching because he fathered Yishmael, blemishing him.

The Talmud continues and says that God will then to turn to Yitzchak and make the same offer. Yitzchak too will decline for the same reason, having fathered Eisav. Ya’akov will likewise pass up the great honor, but for having married two sisters while both were alive, something the Torah would later forbid. The cup will eventually be passed to Dovid HaMelech who will not only accept the honor, he will enthusiastically point out that he is fitting to do so (Pesachim 119b).

It’s an interesting piece of gemora that raises some questions and leads to some fascinating answers. But one question is not so obvious that comes up only because of a mitzvah in this week’s parsha:

And that is exactly what Ya’akov had and did. He had two wives, one which the Torah says he loved, Rachel, and one which the Torah says he hated, Leah. But it was Leah who gave birth to a son first, Reuven, whom Ya’akov later refers to as “the first of his strength.” And yet, his firstborn right was usurped by Rachel’s son, Yosef. Another reason to defer the right of bentching?

Granted that this prohibition is not as severe as marrying two sisters during their lifetimes, but was giving birth to Yishmael and Eisav a prohibition at all? Why wasn’t this a strike against Ya’akov Avinu as well?

The answer is in the Torah itself, with the help of Rashi:

Reuven, you are my firstborn, my strength and the first of my might. [You should have been] superior in rank and superior in power. [You have] the restlessness of water; [therefore,] you shall not have superiority, for you ascended upon your father’s couch; then you profaned [Him Who] ascended upon my bed. (Devarim 49:3-4)

[You have] the restlessness and the haste with which you hastened to display your anger, similar to water which hastens on its course. Therefore, you shall no longer receive all these superior positions that were fit for you. You ascended upon your father’s couch, and profaned that name that ascended my couch. (Rashi)

Apparently, Reuven himself undid his right to the firstborn, not Ya’akov.

THE TRUTH IS that, even without Reuven’s mistake, the birthright seemed destined to pass from him to Yosef, something his name actually name hints to:

Leah conceived and bore a son, and she named him Reuven, for she said, “Because God has seen my affliction, for now my husband will love me.” (Bereishis 29:32)

She said,“Look at the difference between my son and the son of my father-in-law, who sold the birthright to Ya’akov. This one (Reuven) did not sell it to Yosef, and he did not contend against him but even sought to take him out of the pit.” (Rashi)

Clearly if Reuven was modeh to the switch before it happened, there can be no complaint against Ya’akov Avinu. And if Leah named him this way, it must be that she too accepted the inevitability of the future situation. Everyone knew that Rachel was the akeres habayis, the “mother of the house,” even Leah.

It’s interesting how this was even an issue for the Avos at all. Ya’akov took the bechor—right of the firstborn—from Eisav by purchasing it for lentils. Yosef seemed to get it by appointment. Everything is a function of Divine Providence, especially birth (Shabbos 156a). If someone is born a bechor, is that not the will of Heaven? Why change it?

Just because someone is born a bechor does not mean that Heaven wants them to remain the bechor. Just as Divine Providence arranges for someone to be born a bechor, it can also arrange for someone to lose the bechor, or take it from them if they are unworthy of keeping it. That’s what happened to all of the bechorim at Mt. Sinai when they didn’t respond to Moshe’s call, “Who is for God, come to me!” They lost the right to be kohanim.

In a more general sense, the entire Jewish nation is called God’s bechor. It’s a right. Actually it is more a merit, like being a Mamleches Kohanim—Nation of Priests. It is a potential that every Jew has to live up to, which we do by “being for God,” like Moshe called out. As the Chofetz Chaim told a young Rabbi Shimon Scwabb on his way to America back in the 30s, “Next time God calls out, ‘Who is for God, come to me!’ be sure to answer it.” This advice applies to all of us.

The problem is, it is not so clear cut that it is being said. When Moshe asked the question, everyone could see and hear him, and what he was saying. Today, how do we know we’re even being asked such a question?

Issues. Over the last 15 years at least, events have forced people to get off the fence and make decisions about moral issues. The way things happen make us think that it is only other people causing them, and that no one really cares what they decide. They are wrong. It is God causing the people to cause the events that compel us to make a stand, one way or another, to go one way or another.

Who is for God, come to Me, meaning, who is for morality and on My side?

ANOTHER DIFFERENCE BETWEEN the case in our parsha and Ya’akov Avinu is that the hated woman in the parsha supposedly was a yafas toar, a captive woman who was forced to convert to marry her Jewish captor. It was another ugly result of listening to the yetzer hara. Leah may have been a convert to the way of the Avos, but certainly not forcefully, and not through any choice of Ya’akov’s.

As the Talmud says, the entire mitzvah of the captive woman is speaking to the soldier who can’t control their yetzer hara. If the Torah shies away from desired conversions, how much more so is it against forced conversions. Besides, what kind of marriage can come from such a scenario, and what kind of children will they have? The Torah says, she will be reviled by her husband and they will end up with rebellious children.

Imagine how she must have felt. She was stolen from her home and then forced to make herself look ugly. That alone was probably enough to make her cry, if mourning the loss of her parents did not. What person wants to be put through such humiliation and base behavior?

Exactly. It’s like what the Talmud says elsewhere about a person who cannot stop themself from sinning. The Talmud advises they go to a town where no one recognizes them, put on black clothing like a mourner, and then do the sin. Tosafos explains that the Torah is not providing a “kosher” means of sinning. It is creating an emotional shakedown that should wake the person up to how low they are sinking, so that they will do teshuvah before they sin, not after it.

Likewise, the Torah makes the soldier treat his captive this way with the hope that he will catch himself and end the episode early. This way he can avoid profaning the name of God, and humiliating himself in this world and the next one. It is mussar that gives him the opportunity to discourage himself from sinning.

And it is mussar to all of us. Before a person does anything questionable from the Torah’s point-of-view, they have to stop and consider the cost. It doesn’t have to actually be something forbidden, like eating treif food. The food can be totally kosher, but the overwhelming desire to eat it might be extreme and out of place. When it comes to spirituality, you can be a little “extreme” sometimes. But when it comes to material fulfillment, just the opposite is true.

LAST WEEK’S PARSHA included a mitzvah to be tamim with God. Rashi explains that it means a person should not try to figure out the future before it happens. You can plan for it, but you cannot go predicting it. Learn from the past, do the best you can in the present, and let God take care of the future.

The root of the word is “tam,” a word that was used to describe Ya’akov Avinu back in Parashas Toldos. Some say it meant he was pure, or innocent, or even naive of the world, but in a good way. But since Ya’akov Avinu is also the representative of the trait of truth, it has to also mean that he was truthful.

He didn’t just not lie. He also walked the walk that he talked. In other words, his actions were consistent with what he knew. If he learned a truth, he quickly integrated it into his worldview and adapted his life to live by it. This is how he, and his father, and grandfather before him, earned the title of being a “chariot for God”

I was told a “joke” last Shabbos that many might relate to. Two study partners sat down to learn, and one told the other, “Last night I dreamed about God.”

“Can’t be,” his friend told him. “The gemora says we only dream at night about things we think about during the day. When you got up in the morning, you prayed. Then you came and learned the whole morning, after which you prayed again. Then you learned the entire afternoon, and prayed again at night. This was followed by some more learning. So when did you have time to think about God?”

That is the difference between only talking the talk and walking the walk. Anyone can learn and do mitzvos, but it takes a thoughtful and spiritually sensitized individual to connect to God while learning and doing mitzvos. That’s the consistency God looks for in us, and that is the kind of consistency we are being judged for on Rosh Hashanah.