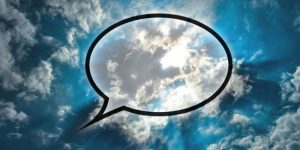 Pinchas was introduced to us at the conclusion of last week’s Torah reading in a less than auspicious manner. In a terribly chaotic and immoral situation affecting the Jewish people, Moshe and the other leaders of Israel are at a loss as to how to arrest the moral destruction of the people occurring before their very eyes.

One would’ve thought that a rousing sermon or a prophetic vision could have been the mechanism to help arrest and correct the situation. But instead, Pinchas takes the law into his own hands and before everyone’s shocked eyes kills a prince of Israel and his evil and immoral lover.
One can readily appreciate that this behavior would not find favor amongst many. Many, if not all, of the onlookers to the terrible scene created by Zimri undoubtedly felt that some action was required to stop the immorality and the plague that it caused. But no one thought that the action of Pinchas was necessarily justified. To put it in terms of today’s political correctness, he used “excessive force.” Yet, it seems that Heaven approved of his actions and is willing to reward him eternally for so doing.
This illustrates a basic concept and value that governs Jewish thought regarding matters of history and behavior. It is what the prophet Isaiah points out to us: “For My thoughts are not your thoughts nor are My ways you ways.” Human beings are always left wondering as to the ways of Heaven. In the view of Heaven, Pinchas is a hero who will eventually brings peace and harmony to the Jewish world. Human beings, because of our mortal limitations are unable to fathom as to why this should have been.
The Jewish people seem to have made peace with Pinchas and his leadership role. He appears before us with Joshua and later with the Judges of Israel as one of the leaders of the people in war and in peace and even as the High Priest. Yet he will always be remembered in Jewish tradition for his courageous act of zealotry and for preventing the plague from destroying Israel during this incident with Zimri in the desert of Sinai.
Often in human experience, individuals, even if they live long and productive lives with many different experiences and accomplishments, are nevertheless remembered and always associated with one individual situation and life altering decision. All the later accomplishments of Pinchas, his role in the conquest of Jericho, the tension regarding the vow of Yiftach and the unnecessary sacrifice of his daughter and even his role as High Priest of Israel are all secondary.  Jewish memory of the one act that many of his contemporaries did not agree with and yet one that Heaven bestowed blessings upon him and his descendants because of it, is the one for which he is remembered.
We cannot choose how we will be remembered by those who come after us. We can only realize that every act that we commit has meaning and importance and that it is the opinion of Heaven that will ultimately determine the justice and eternity of our behavior.
Shabbat shalom
Rabbi Berel Wein