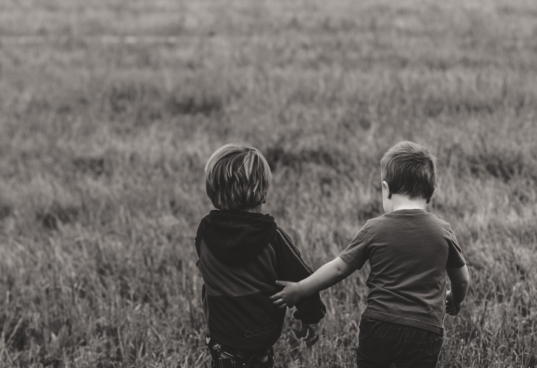 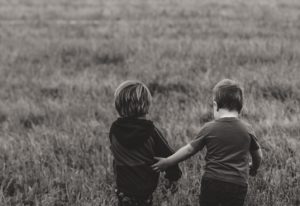 “…and your brothers, the entire House of Israel will cry for the (tragedy of the) consuming fire…” (10:6)

After Nadav and Avihu’s deaths, Aharon’s cousins, Mishael and Eltzaphan, who were Levi’im, removed the bodies. The Ramban explains that although it is only a Kohein Gadol who may not contaminate himself for a relative, and as such Elazar and Isamar, brothers of the deceased, who were ordinary Ko

hanim, should have been permitted to remove the bodies, in honor of the inauguration of the Tabernacle even ordinary Kohanim were required to remain pure. Similarly, the Torah instructs Elazar and Isamar to curtail the normal expressions of mourning, such as rending their clothes and not cutting their hair, in honor of the day. The verse concludes “Ve’achaichem kol Beis Yisroel yivku es hasreifa” – “And your brothers, the entire House of Israel will cry for the (tragedy of the) consuming fire.”1

Would not the appropriate expression have been “ve’achaihem” – “and their brothers”, describing the House of Israel as the brothers of the deceased? Why is the House of Israel described as the kin of the living brothers in reference to the mourning, and not as the kin of the deceased? Rashi’s comment on the verse offers the insight necessary to answer the question. Rashi teaches that from this verse we see that the suffering of a scholar, i.e. Aharon and his sons, should be shared by all.2 Generally, when a person dies, the community feels a loss and grieves because of their affinity for the deceased. Rashi explains that the verse is teaching us that the source of our sadness and sympathy should stem primarily from our affinity for the living family members and our sensitivity to the loss that they feel. Therefore, the Torah records that the House of Israel, who are brothers of the living relatives, not brothers of the deceased, will mourn them. 1.10:4
2.10:6

IT WAS THE BEST OF TIMES …

The erecting of the Tabernacle is introduced with the expression “vayehi”, “vayehi bayom hashemini” -“and it was on the eighth day”, as is the creation of the world, “vayehi erev vayehi boker” – “and there was evening and there was morning”. Therefore, the Talmud relates that the day the Tabernacle was erected was as joyous an occasion as the day Hashem created the world. The Talmud then asks, based upon the accepted tradition that when an event is preceded by the expression “vayehi” -“and it was” this intimates impending tragedy, how we can describe the day the Tabernacle was erected as a joyous occasion. The answer offered by the Talmud is that since Nadav and Avihu, two of Aharon’s sons died on this day, “vayehi” is the appropriate expression to introduce this event.1 How can the word “vayehi” reflect both joyous and tragic occasions?

The Torah records that Nadav and Avihu brought an “eish zarah” – “alien fire” into the Holy of Holies, a service which only the Kohein Gadol was permitted to perform once a year on Yom Kippur.2 The Ramban finds it inconceivable that Nadav and Avihu would perform such a blatantly brazen act without authorization, and therefore offers another interpretation.3 Nevertheless, the Sifra maintains that they did enter the Holy of Holies.4 How can the actions of Nadav and Avihu be explained? Perhaps even more perplexing is the Tannaic interpretation that Nadav and Avihu entered the Sanctuary “shisuyei yayin” -“having imbibed wine”.5Apparently, they violated the commandment forbidding a person to perform the sacrificial service while inebriated. Moshe Rabbeinu attests to the fact that Nadav and Avihu were greater than himself and his brother Aharon; how can this behavior be attributed to men of such stature?6

The number eight Kabbalistically refers to the World to Come and therefore is used to define the events of the day of the erecting of the Tabernacle, “bayom hashemini”, for on this day a new world order was initiated.9 Nadav and Avihu’s error was a result of their belief that this new world order indicated the perfection of the world, created a utopian society. In a perfect world imperfection does not exist and therefore everything can be used to serve Hashem at the highest level; no special sanctification or time limitation exists to prevent a person from entering the Holy of Holies to perform service to Hashem. However, the building of the Tabernacle marked only the beginning of the process toward a perfect world, only a link to the World to Come. Therefore, limitations and imperfections still existed.

The prohibition of performing the sacrificial service after drinking wine is not because of the possibility of the Kohein being intoxicated, for the amount which renders a Kohein unfit is far short of the amount necessary to intoxicate him. Furthermore, according to some Tannaic opinions, the prohibition applies only to wine, and not other intoxicating beverages.10 Clearly, intoxication is not the concern. Wine is the symbol of the Tree of Knowledge and wine preserved from the Garden of Eden will ultimately be served to the righteous during the coming of Moshiach.11 Until then, a person is not permitted to serve Hashem on the highest level after drinking wine. Nadav and Avihu’s drinking wine prior to their service reflected their belief that the time of perfection had arrived.

The term “vayehi” reflects both joy and tragedy, for joy is manifested when a person is aware of his spiritual potential and growth. However, if this potential is utilized in an inappropriate manner, tragedy results commensurate to the growth which had been possible. Therefore, joy and tragedy both emanate from the same potential. The joy of the day, which emanated from the potential which was available with the beginning of a new world era turned to tragedy when this potential was misinterpreted.