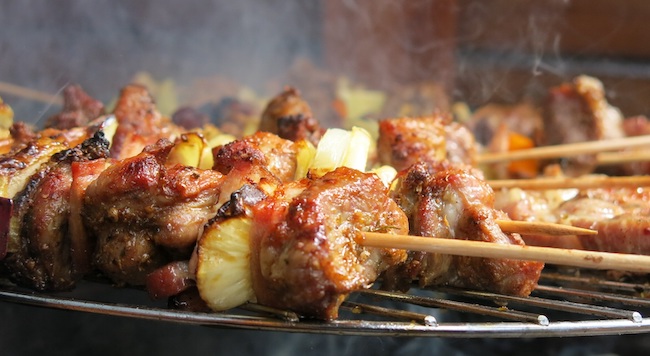 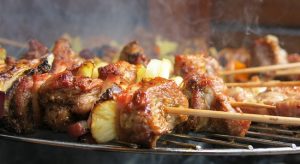 Rashi cites a Midrash which explains “ayeif” means that Eisav was tired after having committed murder, as we find the term “ayeif” – “exhausted” relating to murder elsewhere in the Torah.1 Rashi generally follows the literal interpretation of the verse, relying on the Midrash only when it supports the simple reading. Where in the verse do we see that “tired” does not simply mean physically exhausted? Furthermore, why does the act of murder cause a state of exhaustion?

There are two ways in which one can be exhausted. A person can be either physically exhausted due to an expenditure of energy, or emotionally exhausted as a result of being involved in something that leaves him completely unfulfilled. A person who mans a store all day long, without any customers entering may be completely drained at the end of the day; this is not because of any physical strain, but because he did not accomplish anything.

Murder is an act which is completely destructive and cannot offer a person any true sense of accomplishment. Therefore, the Torah connects exhaustion to murder, for ultimately this is the feeling that the murderer experiences. What still must be resolved is the question of where in the verse Rashi sees that the exhaustion is an emotional one, rather than a physical one. The answer lies in the continuation of the narrative. Eisav comes home exhausted and requests to be fed. A person who is physically exhausted desires sleep, not food. Wanting to eat is very often a manifestation of emotional exhaustion. When a person feels emotionally unfulfilled, he looks for food to satisfy his craving for fulfillment.

Yitzchak sowed in the land and that year he reaped a hundredfold; Hashem had blessed him” (26:12)

The Midrash points out that by stating that the produce was a hundredfold, the implication is that the produce was counted.1 This, however, contradicts the dictum set forth by the Talmud which states that one should not count his possessions, for blessing does not rest on that which has been weighed, measured, or counted.2 The Midrash concludes that Yitzchak counted the produce for the purpose of tithing -a mitzvah..

Based upon this Midrash, the Rambam credits Yitzchak with instituting tithing.3 The Raavad disagrees, pointing out that the concept of tithing already existed in the days of Avraham; after the war against the four kings, Avraham gave one-tenth of the spoils to Malkitzedek, who was the Priest at that time.4 Therefore, the Raavad concludes that it was Avraham, not Yitzchak who instituted tithing.5

Perhaps the Rambam would make the following distinction: One of the functions of tithing is to show that we understand that all we have belongs to Hashem. When a person tithes, he makes a statement that the produce is not a result of “kochi v’otsem yadi” – “the strength of my actions”, rather it is a blessing from Hashem. The spoils that Avraham tithed were a result of a completely miraculous occurrence, his victory over incredible odds. One could think that it is only under such circumstances that tithing would be necessary. The notion that even when a person applies his own efforts in a natural manner the product is still a blessing from Hashem, is only clear when Yitzchak tithes, for Yitzchak plants and reaps in a non-miraculous manner. Therefore, he is credited with the institution of tithing.

A Present From The Past

Because Avraham obeyed My voice”(26:5)

The Rambam teaches that Avraham was forty years old when he became aware of his Creator. From the age of forty and on, he began preaching to the world about monotheism, amassing tens of thousands of students, until he reached Eretz Yisroel. There he continued to proclaim the name of Hashem to the entire world.1

The Raavad cites a conflicting Chazal that states the following: The numerical value of the letters of the word “eikev” is equivalent to one hundred seventy-two, for the one hundred seventy-two years of Avraham’s life during which he obeyed the voice of Hashem. Avraham died at the age of one hundred seventy-five. Therefore, concludes the Raavad, Avraham became aware of his Creator at the age of three. Additionally, the Raavad asks why there is no account of Shem and Ever, who ran academies of learning in Eretz Yisroel, protesting against idol worship and preaching monotheism as Avraham did.2

The Talmud teaches that a Baal Teshuva, a penitent, is on a greater level than one who has always been righteous.5 This is derived from the verse “shalom, shalom larachok v’lakarov” – “Hashem greets those who were distant from Him prior to those who were always close.”6 It is difficult to understand why the Torah describes a Baal Teshuva as a “rachok”, one who is distant from Hashem. Even if we interpret the term as the Talmud does, to mean someone who “was”, but is no longer distant, it would still seem deprecating to associate him with having been distant from Hashem in the past. The Talmud must be teaching us that his distance in the past is what makes him greater.

Very often we find that a person who has reformed from a certain behavior will act as a crusader against others who exhibit the same behavior. For example, the person who will be most vocal about someone in his vicinity smoking is a reformed smoker. This can happen with Baalei Teshuva as well. Sometimes we find that Baalei Teshuva can be the most intolerant of others who are in the same position that they were once. The psychology behind this behavior is as follows: A reformed smoker may still have an urge to smoke, and the way he represses his own feelings is to attempt to repress them in everyone else. However, a Baal Teshuva should not attempt to disassociate himself from his past and repress everything that he has experienced. He is in a position to identify with people who are going through the same things that he went through, and therefore, he is better equipped to help extricate them from their situations. A Baal Teshuva is more capable of being “megaleh kavod shamayim” – “revealing the glory of Hashem to the world”, for he can connect more effectively to those who are distant from Hashem. Therefore, the Torah refers to the Baal Teshuva as one who was “rachok”, for this is precisely what gives him the opportunity to be greater than someone who was always a Tzaddik.

It is because Avraham grew up in an environment of idol worship, and was even involved in it, that he is able to impact upon the world more effectively than Shem, who grew up in the house of a Tzaddik. The Talmud does not say that Avraham served Hashem from the age of three, rather it says that for the last one hundred seventy-two years of his life, he served Hashem. Once he perfected himself, Avraham put all of his previous experiences to use in a positive way. This changed all of his past experiences to mitzvos. The Talmud refers to this concept as “zedonos na’asos lo k’zechuyos” – “rebellious sins are transformed into mitzvos”7.

It is important that we do not view our pasts as wasted time, for every experience that a person has can be utilized in a positive manner. We can help others who are in the same position that we were in. This outlook allows a person to feel more positive about who he is now, for what he was can be used to make him a better person.