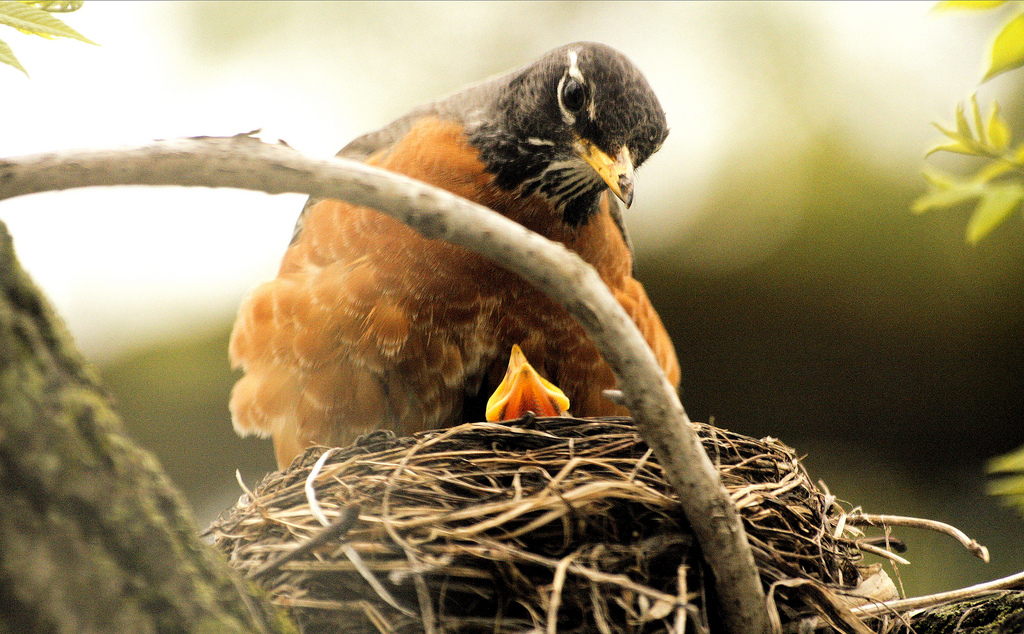 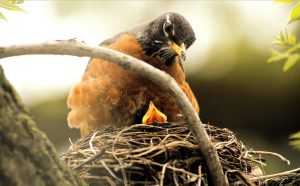 This dvar Torah was adapted from the hashkafa portion of Rabbi Yissocher Frand’s Commuter Chavrusah Tapes on the weekly portion: CD #1086 – A Bracha for Shiluach Hakaan? Good Shabbos!

They’re here! ALL  NEW Commuter’s Chavrusah Series 30 – Sefer Devorim  is now available,  on  CD and MP3, to enlighten, inspire and perhaps amuse you with such fascinating topics as “The Case of the Esrog That Was Not As Advertised”; NEW TESHUVA DRASHA “Is Your Master in Your Pocket”; New Special Interest  “In Praise of Women”

All Commuter Chavrusah and Parsha Perceptions Shiurim available in MP3 format from our website.

SUBSCRIPTION SERVICE FOR RABBI FRAND’S CURRENT WEEKLY SHIUR ON MP3 IS AVAILABLE.  SEE OUR WEBSITE WWW.YADYECHIEL.ORG AND CLICK ON THE “NEVER MISS SUBSCRIPTION” BUTTON FOR DETAILS

For complete listings of all the new offerings, log onto our secure site at http://www.yadyechiel.org and select the New Series slider, or send e-mail to [email protected] , or call us at 410-358-0416.

And while you’re there, don’t forget that the entire Yad Yechiel Library, featuring the complete collection of Rav Frand’s shiurim, is also available for viewing online. At http://www.yadyechiel.org, you can browse through a comprehensive listing of 29 years of weekly shiurim, view Parsha Perceptions, Halacha and Hashkafa Shiurim and Theme Sets. Plus, you’ll find order information on this easy-to-navigate site.

There is a very interesting equivalence between the mitzvos of Shiluach Hakan [sending away the mother bird prior to taking the eggs or chicks] and Kibud Av V’Em [Honoring our mother and father]. By Shiluach Hakan, the Torah says, “in order that it will be good for you and lengthen your days.” [Devarim 22: 7] By Kibud Av V’Em, the Torah says, “in order to lengthen your days and in order to be good for you” [Devarim 5: 16] These are the only two mitzvos by which the Torah writes these words and promises these rewards.

In fact, the Yerushalmi points this out in Maseches Peah and says that Hashem tells us the reward for these two mitzvos in order to strengthen our emunah [faith].

On the other hand, both the Bavli (elsewhere) and the Yerushalmi over here says that Shiluach Hakan is the easiest mitzvah of all. It does not cost anything. You merely need to hit the nest with a broomstick. The mother flies away. You have fulfilled a mitzvas aseh – the easiest mitzvah. There is no financial effort. It does not take much time. Etc. Yet the Yerushalmi says that the easiest and hardest mitzvos have the same promise of being good for you and lengthening your days. What is the message? What is the pshat?

One way of understanding this is that it is a classic way of teaching us what the Mishna in Avos says – that we should be careful about an easy mitzvah just like a hard one because we do not know the reward for mitzvos. The Mishna says not to pick and choose our mitzvos because we just do not know their reward. We would think that the difficult mitzvah of Kibud Av V’Aym is worthy of great reward but an easy mitzvah that only entails scaring away a bird would not disserve such significant reward. Nonetheless, the Torah makes the same promise of being good for you and lengthening your days by both. So, if we ever needed an example for this Mishna in Avos, this is it. They have the same reward.

The Goan quotes a Zohar that first says that both mitzvos seem to be about compassion – like the Ramban and Rambam say that the Torah wants to teach us to have compassion even for birds in order to teach man how to treat even little birds and certainly other human beings. So, it is a mitzvah of rachmanus.

Now that is all well and good if we learn like the Rambam and the Ramban that the mitzvah of Shiluach Hakan is about rachmanus. However, if we learn like the Zohar, it is the opposite. Shiluach Hakan is not a mitzvah about rachmanus. It is a mitzvah about achzarios. There are people who are so kind and soft hearted that they find it exceedingly difficult to send away that bird. It is hard. It goes against the natural instinct that parents have for children. The Ramban says that animals have that instinct as well. So, the Torah is telling us to be an achzar – be cruel. Of course, it is not cruelty for the sake of cruelty. It is not dog fighting. However, it is cruelty with a purpose.

The Vila Goan explains that that is why there is such great reward for these two mitzvos, because the avodas haodom in this world is to be able to do the will of Hashem whether it suits our midos or whether it goes against our midos.

Some people find certain mitzvos very easy to do – which is wonderful. Other people, because of their personality, find certain mitzvos exceedingly difficult to perform. For example, there are some people who love having guests. They love having guests at their Shabbos table every Shabbos. They are gregarious and they have great personalities and they love to shmooze, etc., etc.

Others are shy and bashful. They find it difficult to make conversation. They get turned off by strangers. Who has performed a bigger mitzvah? The person who conquers his natural instincts and has guests – not because he loves having guests – but because the Torah says that a person should invite guests. So even though I cannot stand it, it is a significant effort, it is uncomfortable and I cannot wait until it is over, I will do it anyway.

The Goan says that is what life is all about. The very mission of man is overcoming his natural instincts and natural tendencies.

If a person is amazing at Kibud Av V’Aym… He takes his father to shul in a wheelchair, serves him hand and foot etc., etc. It is beautiful! But Maybe that is because he is a rachmun. It comes easy to him. The test for such a person is Shiluach Hakan – sending away the mother bird.

When a person finds that so hard to do, it shows Hashem that he is not doing Kibud Av V’Aym just because he is a rachmun who finds it easy to do. He is doing it because it is the mitzvah from Hashem. “Whether it is easy for me or hard for me, I will do it anyway.” The Vilna Goan says that that is why these two mitzvos have this incredible reward – in order that your days are lengthened and it is good for you – because together these two mitzvos demonstrate that we are doing the mitzvos because Hashem gave us the mitzvos – not because he is a rachmun or an achzur.

This is also the pshat in what we will read on Rosh Hashana. The 10th test of Avraham, according to most Rishonim, was Akeydas Yitzchak. What does the Toras say after Akeydas Yitzchak? “Now I know that you fear Hashem…you did not withhold your one son from me.” Now I know that you fear Hashem. And what about all the other things Avrohom did? The answer is that maybe Avrohom was a softy. Maybe he just loved to have guests and do chessed. Maybe that all just came to him naturally. But when Avrohom – the great baal chesed – put his compassion aside and took out the knife and was ready to slaughter his own son, that shows that Avrohom did everything because he fears Hashem, not because it came to him naturally.

That is the Vilna Goan’s yesod of davar v’hefucho – the true test of a man – of an eved hashem – is if he does what he needs to do whether or not it suites and whether it is easy or hard. He does it because Hashem said to do it. The example of that is the mitzvos of Kibud Av V’Aym and Shiluach Hakan because these two mitzvos speak to the two opposite emotions rachmanus and achzurios. When a person is able to deploy them appropriately as each individual situation demands, it is the true demonstration of an eved Hashem, for which the reward is “in order that it should be good for you and lengthen your days”.

This week’s write-up is adapted from the hashkafa portion of Rabbi Yissochar Frand’s Commuter Chavrusah Series on the weekly Torah portion. A listing of the halachic portions for Parshas Mattos-Maasei is provided below: