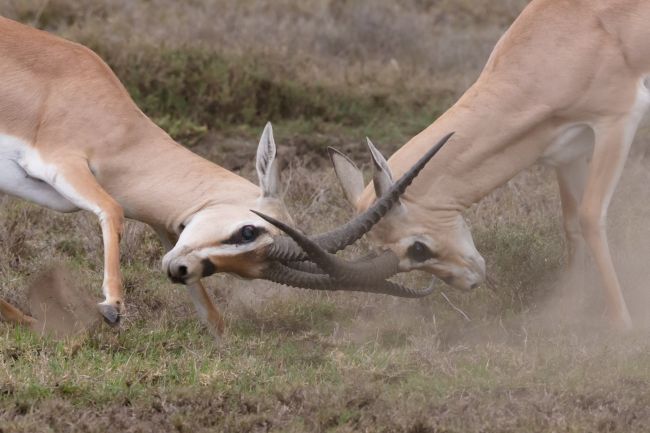 Why is This Sin Different? / Holy, but Still Integrated 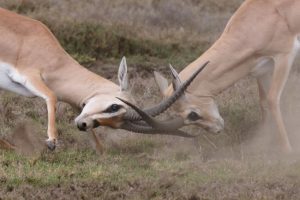 These divrei Torah were adapted from the hashkafa portion of Rabbi Yissocher Frand’s Commuter Chavrusah Tapes on the weekly portion: CD #1037 – Should A Chosson Come to Shul During Sheva Brachos? Good Shabbos!

Why is This Sin Different than All Other Sins?

The Torah says that Korach and his entire congregation were swallowed up by the ground. “They, their wives, and their children…” Rashi notes, regarding the fact that even the children were killed, “Come and see how difficult machlokes [argumentation] is. An earthly court does not punish an individual until the age of Bar/Bas Mitzvah (13/12). The Heavenly Court does not punish a person until the age of twenty years. However, by machlokes, even infants were swept away in the punishment of Korach and his congregation.” [Rashi to Bamidbar 16:27]

The Maharal asks the obvious question: “Why is this sin different than all other sins?” By machlokes, the Heavenly Court does not discriminate by age. No matter what the age, a person caught up in divisive argumentativeness is liable to be punished. The Maharal writes, “You must know the main reason for this: Normally a minor is not punished because the Holy One does not punish a minor. But by machlokes, the essence of gehinnom [Hell] clings to machlokes.” Machlokes and gehinnom are inextricably bound up with each other. Gehinnom is part and parcel of machlokes, and machlokes is part and parcel of Gehinnom.

“The reason this is true is because both gehinnom and machlokes were created on the second day of Creation.” (The machlokes [Division] created on the second day involved G-d’s splitting and separating the waters into the Upper Waters and the Lower Waters. This is the best possible type of “machlokes,“ yet it still involves division.) So gehinnom and machlokes are “hand and glove” in lockstep with one another.

Now, I do not fully understand what these words mean. I do not understand the why, but I understand the what. The what is that gehinnom and machlokes are two sides of the same coin. That is why even infants meet their demise when they are exposed to machlokes. It is not a case of punishing the child. It is a reality. It is similar to what happens if a child, Heaven forbid, sticks his finger into a fire. He will get burned, even though he is innocent. It is not a punishment. Rather, it is the nature of fire to burn. Similarly, if a child, Heaven forbid, will swallow poison, he will be poisoned. However, it is not a punishment. It is just the nature of poison.

Here too, Hashem is not punishing the child, but nonetheless, finding oneself in proximity to machlokes inevitably leads to tragedy and punishment. The Maharal gives an analogy: It is as if someone says, “I will not kill you, but if you kill yourself, you cannot blame me for that. I will not be responsible for that.” The same, says the Maharal, happens with machlokes. If children are associated with machlokes — through their parents — they may be killed, albeit it will not be a punishment from G-d. It will be the inevitable consequence of machlokes.

There is such a concept as “the natural laws of ruchniyus [spirituality].” One of the natural laws of ruchniyus is that somebody caught up in machlokes winds up in gehinnom. I am sure all of us are familiar with the destructive powers of machlokes. There is not any family, there are not any institutions, there are not any organizations, and there is nothing in the world that will be saved from the fire and the destructive power of machlokes. All too often, we see how it destroys families. Brothers do not talk to sisters. Parents do not talk to children. We see what machlokes can do to institutions. We see what it can do to a shul, what it can do to a community, and what it can do to a Yeshiva. Nothing is immune to the ravages of machlokes. Therefore, at all costs, we must attempt to avoid machlokes — literally — like the plague.

I admit that I do not understand the full depth of the Maharal’s equation “gehinnom = machlokes“, but it is a spiritual reality. Therefore, despite the fact that the children of the parents associated with the machlokes of Korach’s rebellion were innocent, they were caught up by this incident of the ground swallowing the perpetrators. It was not a punishment. It was the natural consequence of machlokes.

Holy, but Still “In the Midst of the Children of Israel”

This was indeed the characteristic trait of Aaron. He was “a lover of peace and a pursuer of peace.” The Torah says (in next week’s parsha) that when Aaron died, “the entire House of Israel (Kol Beis Yisrael) wept for him” [Bamidbar 20:29]. This is something that is not mentioned even upon the death of Moshe Rabbeinu. Aaron was beloved by the people.

Usually, being extremely holy and being extremely beloved do not go together. A person who excels in holiness usually is in a world by himself. This blessing of “I am your portion and your inheritance in the midst of the Children of Israel” bestowed upon Aaron a unique trait. He was able to cling to the Almighty, and at the same time he would remain a beloved man of the people.

Someone commented that in our day and age, there was an analogy to this in the personage of Rav Moshe Feinstein, zt”l. Rav Moshe was not only a world-class genius, the posek for his generation, the “Chief Rabbi of the entire Diaspora” (Rabban shel kol bnei haGolah), but he was also a person with whom people felt they had a relationship. They did not look at him as someone who was in a world by himself.

I will never forget seeing the mix of people who were at his funeral (March 1986) — both “Yeshivishe people” and “non-Yeshivishe people,” men, women, and children. The whole spectrum of Orthodoxy was at that levaya because everybody felt a connection with Rav Moshe, despite the fact that he was such a holy person. He was also a person who was me’urav bein haBriyos [integrated with society].

I saw a story in the sefer ”Aleinu L’Shabeach.” The author writes that someone started working in Rav Moshe’s Yeshiva — Mesivta Tiferes Jerusalem (MTJ) — and he noticed that every few weeks a woman would come knock on the door of Rav Moshe’s office, she would spend a few minutes in his office, and then walk out. This happened on a regular basis. The employee kept wondering: What is this woman’s connection to Rav Moshe Feinstein? Does she have shaylos [questions] for him every few weeks?

One time, the employee built up the courage and asked the woman, “Tell me, what brings you so frequently to see Rav Moshe Feinstein?” He relates that the woman was from Russia and she had a son who was still in Russia. The son wrote his mother letters in Yiddish. The woman was illiterate and could not read the letters, so she came to Rav Moshe and he read the letters to her.

Can you imagine that? The Gadol Hador sits and reads these personal letters, so that a mother could keep in touch with her child. That is a magnificent thing. I never learned in MTJ, but I heard that Rav Moshe used to say a Shiur Kelali [Torah lecture for the student body of the Yeshiva] on Friday mornings. Every week, a woman would come to the Yeshiva at that hour, open the door at the back of the Beis Medrash and yell out (in Yiddish), “Rebbe, what time is candle lighting tonight?” Clearly, it is not necessary to seek out the greatest Rabbinic sage of the generation to find out the appropriate time for licht bentchen [Reciting the blessings over the Shabbos candles].

If this would happen to me, perhaps the first time I would answer, “licht bentchen is at such-and-such a time.” If it happened more than once, I would post someone at the door and instruct the person that when this woman shows up, he should tell her the time of licht bentchen. She does not need to stick her head into our Beis Medrash in the middle of a Shiur Kelali to ask when time candle lighting is! Clearly, I am not Rav Moshe Feinstein. But that was Rav Moshe Feinstein. He answered her even though it was not appropriate according to the honor due him, and even though it was in the middle of the shiur, and even though it probably disturbed the shiur. This illustrates his patience and his attribute of being integrated with and close to the masses. That is this quality promised to Aaron, “I will be your portion and your inheritance…” You will cling to Me, and yet still have the capacity to be “in the midst of the Children of Israel.”