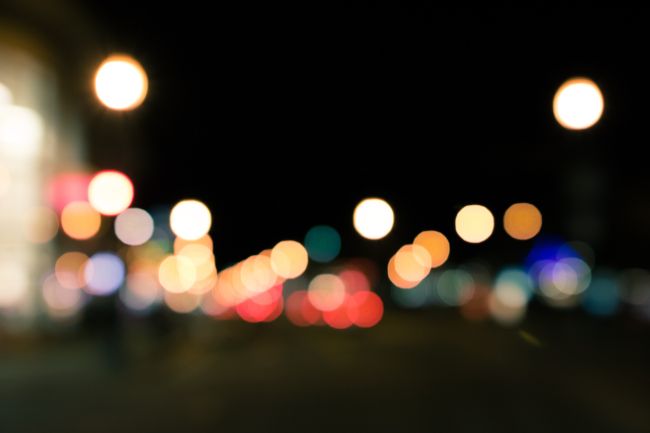 Nezirus – the “Out of Body” Experience 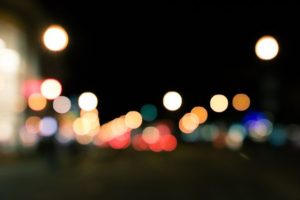 These divrei Torah were adapted from the hashkafa portion of Rabbi Yissocher Frand’s Commuter Chavrusah Tapes on the weekly portion: CD #1034. Ba’alas Teshuva Who Was Not Honest with Her Husband. Good Shabbos!

Parshas Nasso contains the laws of the Suspected Wife (Sotah), followed by the laws of the nazirite (nazir). The Talmud comments that the reason for this juxtaposition is so that someone who sees the ordeal the Sotah faces should vow to abstain from wine (the consumption of which tends to remove one’s inhibitions and increases the tendency to sin).

The Meshech Chochmah explains that the reason why a person declares himself a nazir is because he feels that his tayvos [lusts] have overwhelmed him, and he is no longer in control of himself. In order to exert control over his passions and desires, he becomes a nazir, and voluntarily chooses to abstain from wine and certain other social interactions, so that he may again regain control of himself. The Torah cannot specify a one-size-fits-all duration for a nezirus to “regain control of himself,” because it all depends on the individual. There can be one individual who feels that after thirty days he has regained control of himself. There can be another individual who feels after thirty days that he has just begun the process — he realizes that he is basically the same person now that he was at the beginning of his process, and needs to abstain longer before he can hope to regain self-control.

Even though the efficacy of the process of nezirus is an individual matter, and therefore the Torah cannot specify a specific duration for the person to remain a nazir, the Meshech Chochmah adds that there is a sign by which a person can know that he is back in control, and that the nezirus has served its purpose: “When you look at yourself like you are a different person.”

To what can this matter be compared? Let us say you go to a restaurant or a wedding and you see a person at this restaurant or at the smorgasbord piling it on and piling it on. You see that this person is very overweight. You say to yourself, “It is no wonder that he is overweight — look at how much food he takes at this all-you-can-eat buffet. Someone can look at this person and instantly recognize that he has an eating problem, he has an appetite problem, he has some kind of problem where he is not in control. But I am looking at him that way because, obviously, he is someone else.

Nezirus, the Meshech Chochmah writes, is a process whereby someone needs to control himself such that he can look at the person (himself) that was, (prior to the start of his undertaking the nazir status), and view him as a different person. This is like an “out of body” perspective, whereby he views his prior self as someone else. “That is who I was! That is not who I am anymore. That is somebody else.”

“That was a person who could not control himself, but by virtue of my nezirus, I have overcome that character flaw, and now I have transformed myself into someone else.” This is basically the way it works with all people who are able to cure themselves of some type of addictive behavior. A recovering alcoholic recognizes his old self when he sees someone still suffering from the addiction: “That was me. I could not pass up a drink as soon as I would even smell an alcoholic beverage! But that is not me anymore, I have now gained control.”

With this explanation, the Meshech Chochmah explains beautifully: “Therefore, the Torah utilizes an expression of the nazirite bringing himself to the Ohel Moed , as if he is bringing another person there. On the day of the completion of his nezirus process — Yavee Oso (he shall bring him[self] — i.e., that old self who was a different person) — to the Tent of Meeting.” “He shall bring him.” Who is him? The person who he used to be! “That is not me anymore. Now I am in control.”

The Sefer Bei Chiyah builds on this idea, and uses it to beautifully explain an expression we find in the Gemara. We learn in Tractate Nedarim [9b]:

Shimon HaTzaddik relates: My entire life, I never ate (as a Kohen serving in the Bais Hamikdash) the Guilt Offering of an impure nazir (who accidentally contracted Tumah while in his period of nezirus which proscribes contact with the dead) except one time. Once a nazir came from the South (and asked me to offer his nazir offering for him). I asked him why he became a nazir, and he told me that he had been a shepherd and went to draw water for his sheep from a stream. He saw his reflection in the water and upon seeing his own beauty, his evil inclination was aroused. (“Boy, what you can do with those type of looks!”). The shepherd continued, “Amarti lo – I said to him – wicked one! Why do you boast? I swear I will cut off your (beautiful) hair for the Sake of Heaven.” Shimon HaTzadik said that when he heard this, he stood up and kissed him on the forehead and said, “My son, may there be many more such people in Israel who vow to take on nezirus for such noble motives!”

There is a strange expression in this story. What does it mean that the shepherd said “Amarti lo (I said to him) and I will cut off your hair?” Why is he speaking in third person? Why doesn’t he say, “I said to myself, I will cut off my hair?” The Sefer Bei Chiyah says that the Meshech Chochmah’s interpretation can enable us to understand this expression very clearly. The person saw that he was being overcome by his Yetzer Harah. He was becoming a different person. His “better side” addressed this other person who he was afraid he was becoming, and told him, “I have to take you and take care of you! You are not me. You are controlled by your tayvos and Yetzer HaRah. You are so proud of your beautiful looks and what you can do with them.” That is somebody else. That is not me. Therefore, he refers to this person (who is really himself) in the third person. This is precisely what the Torah says over here in Parshas Nasso – vayavee oso.

We must know that whenever we learn Aggadah [non-halachic portion of Rabbinic literature], quite often Aggadah speaks in code which must be deciphered. There are those whose specialty in Torah study is to engage in spiritual toil to decipher Aggadic code. A primary example of such a personality was the Maharal [Rabbi Yehudah Loew of Prague (1526-1609)]. Another such “Aggadic specialist” (of roughly the same era) was the Maharsha [Rabbi Shmuel Eliezer Eidels (1555-1631)], who wrote a special commentary on the Aggadic portions of the Talmud (which is a companion to his equally-famous commentary on the halachic portions of the Talmud).

The Maharsha (on this Talmudic story involving Shimon haTzadik and the nazir) focuses on the fact that the Talmud states that the nazir came “from the South” (min haDarom). Why is that germane to the story? As we mentioned at the outset, the Talmud teaches that whoever witnesses the ordeal of the Sotah should vow to abstain from wine. If a person sees what can happen to a person who allows their moral diligence to waver, he should become inspired to not let the moment pass –he should do something about it. This is a great lesson for life — seize the inspiration of the moment and act upon it!

Even greater than responding to the tragedy of a Sotah after it has happened, is for a person to look at himself before any tragedy strikes, and to be able to project what potential tragedy might occur if he allows himself to continue on his current spiritual trajectory. If a person witnesses someone merely flirting, and can say to himself, “I know how this is going to end” and determines to take defensive action to protect himself from ever falling into such circumstances himself, knowing full well the effects of where such behavior can lead — that is a far greater spiritual achievement. Someone who vows to abstain from wine before having witnessed any actual spiritual tragedy is truly the “wise man who sees that which will come in the future” [Avos 2:9].

The Talmud says “One who wishes to become wise should face South when davening shmoneh esrei. (HaRotzeh le’hachkim, yadrim [Bava Basra 25b]). The Maharsha explains beautifully: The nazir who Shimon HaTzadik met came from the South. He was the type of person who gained wisdom (by facing the South during prayer) and thus was able to foresee the future (ro’eh es ha’nolad). Even before he personally witnessed the tragedy of infidelity and adultery, he was able to be proactive. He saw his reflection in the water and wisely foresaw what might happen. “I know where this is headed.” Then he immediately became a nazir.

There are three levels of spiritual diligence. The lowest level is one who actually sees a Sotah in her hour of disgrace and it does not affect him to take heed. The middle level is one who sees the Sotah’s disgrace, he becomes inspired, and he vows to abstain from wine. Finally, the highest level is one who catches warning signs before tragedy strikes, who understands where things are headed, and then takes proactive measures to nip the spiritual temptations in the bud. He is truly a wise man.

This week’s write-up is adapted from the hashkafa portion of Rabbi Yissochar Frand’s Commuter Chavrusah Series on the weekly Torah portion. A listing of the halachic portions for Parshas Nasso is provided below: