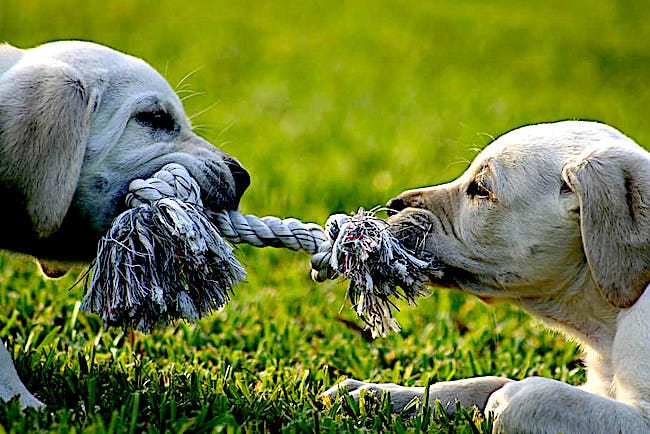 A “Tense” Struggle with the Yetzer HaRah 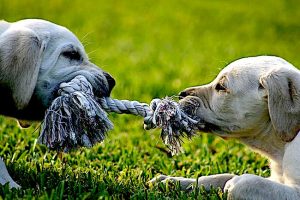 These divrei Torah were adapted from the hashkafa portion of Rabbi Yissocher Frand’s Commuter Chavrusah Tapes on the weekly portion: CD #1240 – Shiluach Hakain – On Shabbos? From Your Back Porch? Good Shabbos!

A “Tense” Struggle with the Yetzer HaRah

Parshas Ki Seitzei begins: “When you will go out to war against your enemies, and Hashem, your G-d, will deliver him into your hand, and you will capture captives; and you will see among its captivity a woman who is beautiful of form, and you will desire her, you will take her to yourself for a wife.” [Devorim 21:10-11].

This is an amazing halacha. On the battlefield or among the people who were captured, the Jewish soldier sees a beautiful woman and desires her. He is permitted to marry her. This is a unique law in which the Torah gives a special dispensation to man’s evil inclination.

The Torah specifies a procedure whereby the Jewish soldier brings this captured non-Jewish woman into his house and allows her a period of mourning for her father’s house, while going through a process of “de-beautification.” If after this process of making her less desirable it turns out that he decides he does not want to marry her, he is commanded to set her free and is forbidden to sell her as a slave.

I saw an observation in the name of the Ohel Moed: The Torah switches here. Originally it tells us the soldier’s reaction was v’chashakta bah (and you have a strong desire for her, more literally, you lusted after her). So, we would expect that the converse situation which the Torah describes at the end of the section should read “and if it will come to pass that lo chashakta bah“—that you no longer lust after her! This would indicate a change of mind, switching from a strong desire for her to no strong desire for her. More to the point, even if the Torah wants to switch verbs from the verb of cheshek (strong desire or lust) to the verb of chafetz (“wants”), the correct grammatical formulation should be “v’haya im lo chafetz bah” (and it will be that he does not want her anymore) in the present tense. Instead the Torah uses the term “v’haya im lo chafatzta bah” (and it will be that he did not want her) in the past tense!

The Torah is saying something we all need to know. Many times in life we become blinded by our passion and we lose our common sense and perspective. We become so bribed and obsessed with something, that we throw caution to the wind, and everything else out the window. This fellow saw a beautiful woman and he had a passion for her—he lusted for her. That lust, that tayvah, blinded him to the fact that “you do not really want this woman.” This woman is not for you!

In the heat of battle, the woman looks attractive to you. But he only saw the looks, he did not see the personality. He did not see what she is really like, her values. She is a Yefas Toar—beautiful! That is it. End of story. Then he brings her home for a while. Suddenly, he realizes: “Do you know what? I didn’t want this woman! I never wanted this woman. But I was so blinded and obsessed by my passions that I did not realize what I was doing.” That is the hidden meaning of the past tense in “v’haya im lo chafatzta (rather than chafetz) bah.” You fell in love with a mirage. But then, like all mirages, you realize that there is really nothing there.

This is something that we need to be careful about from time to time. Sometimes we become obsessed with a mishuga’as (crazy idea), we become blinded by it. The Torah therefore warns us: Watch out!

Anticipating the Future and Ungratefulness are Opposites

The pasuk says that an Ammonite and Moavite cannot enter the Congregation of Hashem—even the tenth generation [Devorim 23:4]. Whereas the Egyptians who enslaved us are only prohibited for two generations from entering Klal Yisrael, an Ammoni or a Moavi can never marry into the Jewish nation. The Torah explains the reason “because they did not greet you with bread and water on your journey when you left Egypt and because they hired Bilaam son of Be’or of Aram Naharayim to curse you” [Devorim 23:5].

This pasuk sounds like a multi-count indictment. However, the indictment sounds like the following scenario. A fellow parks his getaway car in a tow-away zone while robbing a bank. He goes into the bank and pulls a gun on the teller. He shoots up the whole place, takes the money, gets into the car and drives off. The police catch him and they indict him. How does the indictment read? “Armed robbery; bank robbery; parking in a tow-away zone.” That is how this pasuk seems.

The fact that Ammon and Moav tried to destroy the Jewish people by hiring Bilaam to curse them should dwarf the significance of the fact that they did not offer us food and drink! Why is this last fact mentioned? Why is it even significant?

Then Rav Yochanon ben Zakkai asked them to find the quality which a person should most avoid, and his five disciples each enumerated, in turn, their five “bad qualities.” Unsurprisingly, the student’s bad qualities were the mirror images of their “good qualities.” Rav Eliezer said “A Bad Eye.” Rav Yehoshua said “A Bad Friend.” Rav Yossi said “A Bad Neighbor.” Rav Elazar ben Arach said “A Bad Heart.” Rav Shimon (who said the good attribute was ha’roeh es ha’nolad) gave as the “polar opposite attribute,”—”One who borrows and does not pay back”. Rav Shimon seemed to have broken the pattern. Everyone else gave as the worst attribute the exact mirror image of their suggested best attribute.

Dr. Twerski explains. The attribute of roeh es ha’nolad is someone who sees which actions lead to other actions. Someone who recognizes someone who does him a favor (makir tova) is fundamentally a good person. He can never go very far off the mark. This attribute of hakaras ha’tov will always allow him to act appropriately. Someone who is not a roeh es ha’nolad and does not realize the implications of being an ingrate (Kafui Tov) is destined for trouble.

Being a Kafui Tov can lead one to the worst of actions. A person who is a roeh es ha’nolad knows the importance of midos tovos (good character traits); he knows the importance of being a makir tov. He won’t become corrupted. He won’t develop rotten character traits. The opposite of that quality is a loveh v’ayno m’shalem. I borrow money from someone. He does me a favor and I repay him with wickedness where he granted me kindness. That is the first step towards a long downward spiral that can lead a person to the worst of behaviors.

That is why these two attributes are polar opposites. A roeh es ha’nolad knows that I always need to be appreciative and grateful when someone does me a favor. I can never turn on the people who were good to me. If someone does not have that attribute, he is paving the way to the worst of actions. Anyone who borrows without repaying is the polar opposite of being a roeh es ha’nolad. Someone who turns on his benefactor can turn on his parents. He can turn on his wife. He can turn on society. All this stems from the fact that he is an ingrate.

This is how we are to understand the aforementioned pasuk. An Ammonite and Moavite cannot enter the Congregation of Hashem. Why? Because they did not greet you with food and drink. The beginning of the deterioration of Ammon and Moav to the extent that they wanted to wipe out Klal Yisrael was their not being appreciative. They purposely ignored the fact that “Avraham, the patriarch of the Jewish people saved our great grandfather’s life.” (Ammon and Moav were the sons respectively of the two daughters of Avraham’s nephew, Lot.) If it would not have been for the fact that Avraham save Lot, they would not be here as nations. That puts a responsibility on them that when Avraham’s descendants ask to buy bread and water from them, the least they could do is to respond positively. Turning their backs to such a modest request is the first step on the terrible downward spiral that led to them hiring Bilaam son of Beor to destroy the Jewish people.

They were not roeh es ha’nolad and did not allow themselves to become aware of how destructive it is to a human being to not appreciate favors done to them and their family. It was not merely a crime of “parking in a tow-away zone while robbing a bank.” It was doing something fundamentally evil and destructive to the human condition—being unappreciative and ignoring favors done to them. This led to the inevitable next descent—hiring Bilaam to destroy us.

This week’s write-up is adapted from the hashkafa portion of Rabbi Yissochar Frand’s Commuter Chavrusah Series on the weekly Torah portion. A listing of the halachic portions for Parshas Ki Seitzei is provided below: