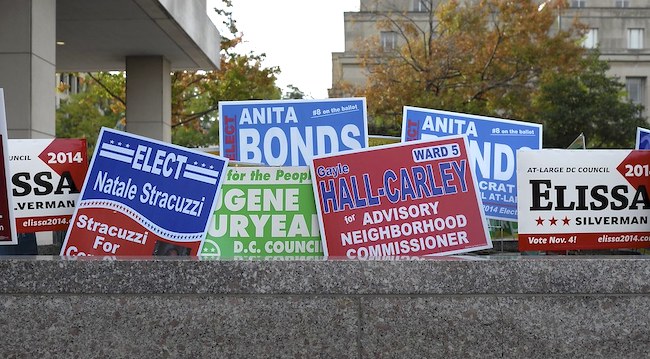 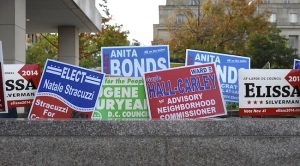 These divrei Torah were adapted from the hashkafa portion of Rabbi Yissocher Frand’s Commuter Chavrusah Tapes on the weekly portion: #1109. Should Women Wear A Yarmulka?  Good Shabbos!

In speaking of the service to inaugurate the Mishkan, its vessels, and the bigdei kehunah (the priestly garments), the Torah says that Hashem commands Moshe, “You shall dress Aharon, your brother, and his sons with him…” [Shemos 28:41]  This means that although as a matter of routine in carrying out their priestly duties, the Kohanim dressed themselves, the first time they put on the newly created bigdei kehunah, Hashem commanded Moshe Rabbeinu to personally put these garments upon them.

The truth of the matter is that we find this same type of practice in the end of Sefer Bamidbar. When (in Parshas Chukas) Aharon HaKohen dies, and Elazar, his son, takes over in the role of Kohen Gadol (High Priest), the Torah says the same thing: “And Moshe removed from Aharon his clothes and he put them upon Elazar, his son…” [Bamidbar 20:28]  Thus, we see that when Aharon and his sons became Kohanim for the first time, Moshe had to put the bigdei kehunah upon them, and when Aharon died and Elazar became the Kohen Gadol for the first time, Moshe had to put Aharon’s bigdei kehunah upon Elazar.

I saw in the sefer Milchamos Yehudah that this teaches us a lesson about Jewish leadership which differs from the way the nations of the world do things.  When anybody runs for elected office, he calls a press conference or he stands in front of his old high school building and proclaims for everyone to hear, “I am the best and most qualified person in the country to become let’s say mayor, governor, or president.”  This is the way it always works.

Has anyone ever run for the position of “Gadol haDor” (the greatest sage of the generation)?  Did Rav Moshe Feinstein go to FDR drive and stand in front of his little apartment and say, “I am the Gadol haDor” or “Please, elect me for Gadol haDor because I am the biggest talmid chochom in the country”?  It just does not happen like that.  Who elects the “Gadol haDor?  Nobody!  The people coalesce around the person by acclamation.  People see him fit to be the Gadol haDor.

This process started over here, in this week’s parsha—Parshas Tezaveh.  The fact that Moshe Rabbeinu dressed Aharon with these garments and made him the Kohen Gadol is setting the stage and setting the tone that this is how we inaugurate our leaders.  Somebody else must appoint you.

Before his passing, Rav Elazar Schach let it be known that Rav Aharon Leib Shteinman should be the posek for the Yeshivos after he passed on.  Rav Aharon Leib Shteinman did not get up and run for the office.  He was appointed.  Who appointed him?  Someone bigger than him—Rav Schach.  That is the way it has always been.  Do you know where that started?  It started over here in Parshas Tezaveh, and continued in Parshas Chukas (when Moshe dressed Elazar in the bigdei kehunah).  Moshe Rabbeinu had to put the garments on them.  Taking the mantle of leadership for oneself is not the Jewish way.

War is Not the Norm

The Talmud [Yoma 72b] says, “I might think that the son of the Kohen Anointed for War (Mashuach Milchama) shall succeed his father in the same way that the son of a Kohen Gadol succeeds his father…”  The Gemara teaches however that this is not the case. The Gemara learns this exclusion from the very pasuk we just quoted: Only one who is “fit to enter the Tent of Meeting to serve in the Sanctuary” succeeds his father, but one who does not enter into the Tent of Meeting (because he is out on the battlefield) is not fit to serve in place of his father.

I heard an explanation in the name of Rav Avraham Yitzchak HaKohen Kook, zt”l, regarding why we do not pass down the office of the Kohen Anointed for War through inheritance. Rav Kook explains that inheritance is all about continuity.  It passes from father to son, from son to grandson, from grandson to great-grandson.  It is about “hemshech” (continuity).  This is appropriate for Kehuna Gedola.  The Gemara says it is also appropriate for rabbinic leadership.  Ideally, Rabanus should go from father to son.  Ideally, the position of being head of a Talmudic Academy (Rosh Yeshiva) should go from father to son, if the son is worthy of the position.  Continuity.

The Mishna states, “A man should not go out on Shabbos (into the public domain) with his sword. Rav Eliezer says that it is considered an ornament (and he may go out into the public domain wearing it). The Rabbis (disagree with Rav Eliezer and say it is not an ornament) but rather it is something that is unseemly (a g’nai) as it is written: ‘They shall beat their swords into plowshares and their spears into pruning hooks; nation will not lift sword against nation and they will no longer study warfare’ [Yeshaya 2:4].” [Shabbos 63a]

The Rabbis reject the idea that a sword should be considered an ornament.  A weapon should be an ornament?  This is not what we live for!  This is not supposed to be a function of our lives!  It is true that when war occurs, we need to fight the war and be successful in our battles.  However, to make it a permanent institution—to say the position of Masuach Milchama should pass down to son and grandson—that would send the wrong message.  That would send the message that war needs to be a part of our lives.  That is not the case.  Our goal is that nation should not lift sword against nation and that they should no longer study warfare.