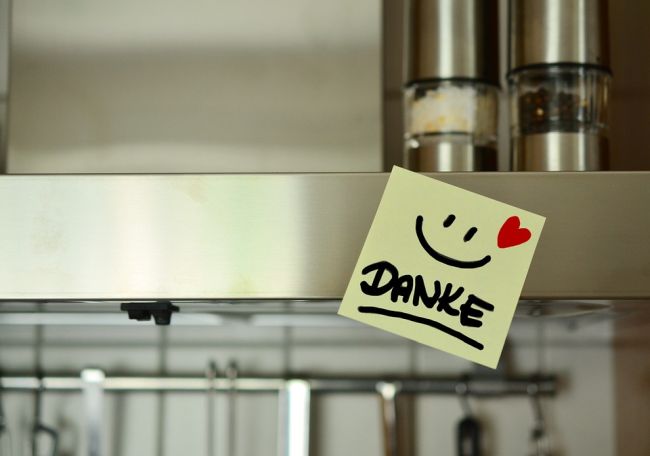 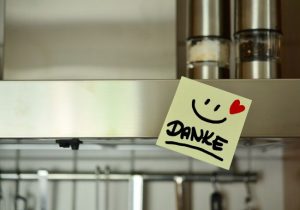 The Deeper Meaning of “Who Did Not Know Yosef”

We learn in these next several parshiyos what a terrible person Pharaoh was. Besides throwing all male children into the Nile, Chazal go so far as to say that Pharaoh became a leper and (based on conventional medical wisdom of those days) would bathe in the blood of children as a supposed cure for the disease. He would slaughter Jewish children and bathe in their blood. Words are insufficient to describe the wickedness of this murderous tyrant.

Yet, the first indictment the Torah levels at Pharaoh was that “he did not know Yosef.” He forgot what this great and righteous individual did for his country and denied that Egypt owed Yosef or his descendants any gratitude. Any person with a shred of decency would say “How could I do this to the Jewish people? If not for them, we would all have starved to death.” Pharaoh’s decline into the terrible things he later did began with the fact that he was not a makir tova. He did not recognize the kindness he owed the Jewish people. He didn’t remember the favor that Yosef did for him.

This is the simple meaning of “Asher Lo Yadah es Yosef.” But there is a deeper intent as well. In Parshas VaYeshev, when Yosef was being seduced by Potiphar’s wife, the pasuk says he left his garment (beged) in her hands. The Ramban there asks: Yosef was obviously stronger than Potiphar’s wife. The garment that he left in her hands provided the incriminating evidence against him. Why did he not simply grab the shirt from her so that she would not have any evidence that he tried to “attack” her. He could have saved himself from all those years in jail!

The Ramban says an incredible thing: Out of respect to his master’s wife, he refused to grab his garment back from her. He felt it would be ungrateful on his part to rudely and violently grab something out of the hands of a woman whose husband took him into their home and provided him with food and shelter.

One Projects His Own Shortcomings on Everyone Else

The pesukim immediately following the expression “who did not know Yosef” read as follows:

“He said to his people: ‘Behold! The people, the Children of Israel are more numerous and stronger than we. Come, let us act wisely to them lest they become numerous and it may be that if a war will occur, they too, may join our enemies, and wage war against us and go up from the land.” [Shemos 1:9-10]

Pharaoh tells his people: “We need to do something about these Jews. The next thing you know, they will become a fifth column. They will gang up with our enemies and destroy us.” Why in the world would Pharaoh think that? Why would the Jews possibly act that way? Where was Pharaoh’s evidence to these serious charges?

The answer is that someone who is not a makir tova himself, will think that everyone else has the same character fault! The Talmud calls this “Kol haPosel, b’Mumo Posel” [Kidushin 70a] (Anyone who invalidates others, invalidates them by charging them with his own shortcomings). Since Pharaoh could not be appreciative of what the Jewish people did for him, Pharaoh assumed the Jewish people would likewise be disloyal to him. He projected his own inability to be grateful on everyone else: “These people will gang up against us. They will become a fifth column.”

We see this principle at play in several incidents in Shas. The Gemara [Avodah Zarah 70a] states that a convert named Issur Giyura commented “When I was a Goy, I did not believe that Jews kept Shabbos. I figured if Jews really kept Shabbos, I would find many more ‘lost’ items in the street (abandoned by Jews caught on the road at sundown).” From where does that come? It is because Issur Giyura, as a non-Jew, could not believe – Jews are going to give up money for Shabbos? Since he did not find an abundance of dropped wallets on the street, he convinced himself that it could not be that Jews kept Shabbos!

This attitude comes from the same school of thought as Pharaoh’s assumption of the Jews’ future disloyalty. How someone views the world himself is how he assumes that others view the world as well! “If I am not a makir tova, no one else is a makir tova either.”

A similar Gemara is found in Sanhedrin (37a): A certain heretic said to Rav Kahana: “I cannot believe that it is permitted for a husband to sleep in the same bedroom as his wife when she is a nidda. How can it be that they will not have relations? It cannot be! What is going to stop them? Is it possible for a fire to come in contact with fiber-chips and not char them?” Rav Kahana responded: The Torah testified about Klal Yisrael that we can be hedged with roses and we will not make breaches through them – i.e., even if we have temptations, we will be able to withstand them.

The heretic could not understand that! From where he was coming, when a person has urges to do something, he immediately must act on those urges. What is there to stop him?

All these stories have a common denominator. Each person in the world views others based on their own perspective of how they think and how they operate.

Amram Did Not Say: “I Am Older; I Know Better!”

The pasuk says in this week’s parsha “A man went out from the House of Levi and he married the daughter of Levi.” [Shemos 2:1]. The Gemara [Sotah 12a] fills in the blanks of this pasuk. The Talmud tells us that this “man of the House of Levi” (Amram) acted on the advice of his daughter (Miriam). When Pharaoh decreed that all male children were to be thrown into the Nile at the time of their birth, Amram divorced his wife (Yocheved). He sighed “We toil for nothing.”

Amram was the Gadol Hador (the leader of the Jewish people in that generation) and he divorced his wife because he did not want to bring any more children into such a world. The Gadol Hador set the example and everyone else followed in his footsteps. His daughter came to him and said, “Your decree is worse than Pharaoh’s decree. Pharaoh only decreed death upon the boys who will be born. Your decree affects the boys and the girls! Furthermore, Pharaoh’s decree only impacts the children killed at birth in this world; your decree that no children shall be brought into the world impacts the unborn souls both in this world and the next!”

Amram took Miriam’s advice and remarried Yocheved. And everyone else did the same. This is what the Gemara says.

This teaches us that in spite of the fact that Amram was THE Gadol HaDor, he had the humility to listen to somebody else’s advice.

Those people who are incapable of listening to others are going to wind up in deep trouble. Consider the following interesting pesukim:

Shlomo HaMelech writes “Better to run into a mother bear who has just lost her cubs than to run into a fool!” [Mishlei 17:12] This is the advice of the wisest of all men. A fool is the worst thing in the world. If you see him coming down the street at you, run the other way (even if you will be running toward a bereaved grizzly!).

Where does a fool stand in Shlomo’s eyes? He stands almost at the bottom of the totem pole. Why do I say “Almost at the bottom?” Because Shlomo says something else in Mishlei [26:12]: “If you see a man who thinks he is wise, a fool is better off than him.” Someone who believes he knows more than anyone else is worse than a fool!

Put these pesukim together: Shlomo HaMelech says it is better to face an angry grizzly than to face a fool, and yet the fool is still better than a person who is “wise in his own eyes.” Such a person has no hope!

This gives us new insight into the incident with Amram and his daughter. Amram was the greatest man of his generation. Nonetheless, when his little daughter pointed out the fallacy of his action, he had the humility and wisdom to admit that she was right and he was wrong.