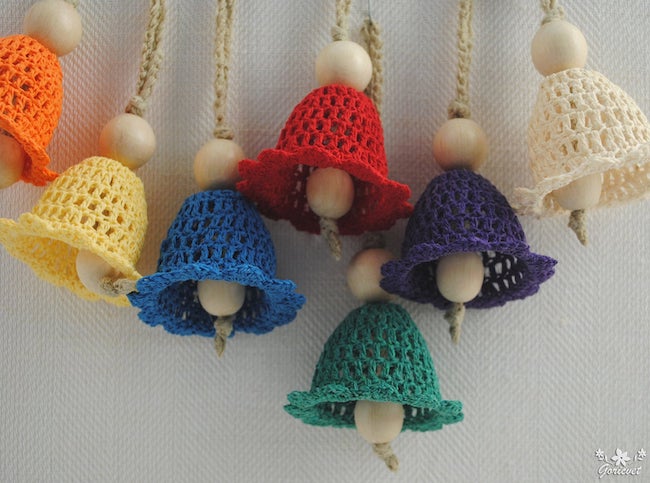 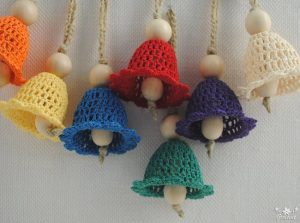 These divrei Torah were adapted from the hashkafa portion of Rabbi Yissocher Frand’s Commuter Chavrusah Tapes on the weekly portion: #1152 Hashkama Minyan That Heard Parshas Zachor From a Pasul Sefer Torah. Good Shabbos!

The pasuk in Parshas Tezaveh says “You shall make the Robe of the Ephod entirely of turquoise wool.” [Shmos 28:31] One of the garments of the Kohen Gadol was the Meil, a kind of robe. The Torah describes how the Meil is to be made and then it says “You shall make on its hem pomegranates of turquoise, purple, and scarlet wool, on its hem all around, and gold bells between them, all around.” [Shmos 28:33] On the hem of the robe, there were little balls in the form of multi-colored pomegranates. Additionally, there were golden bells which alternated with the pomegranates around the hem of the garment. The Torah emphasizes that the sound of these bells would be heard whenever Aharon would come into or leave the Sanctuary. [Shmos 28:35]

This is the simple reading of the pesukim and this is how Rashi interprets the reason for the alternating bells and pomegranates. The Ramban argues with Rashi’s interpretation that between every two bells there was a pomegranate. If the configuration were as Rashi suggested, there would seem to be no point to the pomegranates. The Ramban understands that there were cloth pomegranates and inside each pomegranate was this pseudo bell, made also out of material in the shape of a bell. It was simply cloth against cloth and it did not ring!

Rav Chavel in his commentary on the Ramban notes that according to this interpretation it is hard to understand what kind of sound the “bells” made. What does the pasuk then mean when it writes “And the sound of him will be heard when he comes into the Holy”? Cloth hitting cloth does not make noise! Rav Chavel suggests an answer based on the Pesikta: It was a miracle that sound emanated from these cloth bells as if they were made of gold. Even though based on physics and acoustics the sound of cloth against cloth should have been inaudible, miraculously a sound was heard.

Still, we must ask: Why? Why did HaKadosh Baruch Hu need to make such a miracle in the Beis HaMikdash? Of course, miracles occurred in the Beis HaMikdash on a daily basis – but they all served an understandable purpose. For example, there were never flies around the slaughtered animal meat and the smoke from the Mizbeach ascended directly to Heaven. But, if there was a need to have a sound announcing the Kohen Gadol‘s entry into the Beis HaMikdash, why not use a real bell? Why use a miraculous sound that emerged from “cloth banging against cloth”?

My son, Reb Yakov, told me a very nice explanation in the name of Rav Yosef Flamm. There is a message here: When someone enters the Kodesh – the Holy – he should not be the party that is making the noise! In Avodas HaKodesh, do not look to make a lot of noise: Do it quietly, do it humbly, do it without a lot of bells and whistles. But the result will nevertheless be “and the sound of him shall be heard when he enters into the Holy.” The Ribono shel Olam will make it known. He will publicize the matter. You do not need to make the noise yourself.

When you come into the Kodesh, do not look to make a lot of headlines. “Hatzneah leches…” [Michah 6:8] – Walk quietly! Do not worry that you are not making a strong enough impression in your spiritual activities. The Ribono shel Olam will make sure it gets known: “V’Nishma Kolo b’vo’oh el haKodesh” (And his sound will be heard when he enters the Kodesh.) This is the message, according to the Ramban of the cloth bells on the Robe of the Kohen Gadol.

How many times is Charvona mentioned in the Megillah?

He is mentioned twice: Once in the beginning of the first chapter. He was one of the “kitchen cabinet” – namely one of the seven advisors of Achashverosh listed in the pasuk [Esther 1:10]. The second time Charvona is mentioned is when Haman finally met his downfall. “Then Charvona, one of the chamberlains in attendance before the king, said ‘Furthermore, the gallows which Haman made for Mordechai – who spoke beneficially about the king – is standing in Haman’s house; it is fifty cubits high.’ And the king said ‘Hang him on it.'” [Esther 7:9]

Charvona is mentioned a third time in the poem “Shoshanas Yakov” that we recite after the conclusion of the Megillah reading. We say there “And also Charvona, let him be remembered for good.” (V’Gam Charvonah zachur l’tov).

Pirkei D’Rabi Eliezer notes that the first time he appears in the Megillah, Charvona’s name is spelled with an Aleph at the end and the second time he appears his name is spelled with a Hay at the end. Therefore, Pirkei D’Rabi Eliezer claims they are not the same person! The real Charvona is the one mentioned in the first Perek. The “second Charvona” was really Eliyahu haNavi impersonating Charvona! Interestingly, the name Charvona in the Shoshanas Yakov poem is immediately followed by the expression “Zachur L’Tov” (let him be remembered for good). About whom else do we find this expression “Zachur L’Tov“? It is none other than Eliyahu HaNavi.

Rav Zalman Mintz told me that he once heard over a beautiful explanation of this from Rav Ephraim Waxman: The message emphasizes how and why the redemption occurred. The pasuk states “And Charvona, one of the officers before the king, said ‘Also, behold here is the gallows that Haman made for Mordechai who spoke beneficially about the King standing in Haman’s courtyard 50 cubits high.’ The Geulah came because Mordechai never spoke ill of the Ribono shel Olam. Chazal say that every time it says the word “HaMelech” in the Megillah it is referring to the King of Kings. So too, in the expression Mordechai asher diber tov al haMelech – it is referring to the Ribono shel Olam!

The Jews of that time, could very well have fallen into the trap of saying “What is the Almighty doing to us!” Haman came close to executing his plan to exterminate all the Jews – men, women, and children. The Jews could very well have despaired and begin questioning the Justice of Heaven. “Excuse me! What did we do? Why do we deserve this?” Complaints against G-d were very likely being murmured. But Mordechai – who spoke good about the King – never complained and never questioned G-d’s Justice. He never doubted that what was happening was fair and just. He was always “Diber tov al haMelech“. He accepted the Talmudic principle that whatever G-d does is for the best (Kol mai d’Avid Rachmana, l’Tav avid) [Berachos 60b].

The message is that Purim, which is the paradigm of our hope for redemption, foreshadows the way it is going to happen for us again. To ensure the speedy coming of this redemption, we must remember to always be “Diber tov al haMelech“. After thousands of years of Jewish history and thousands of years of suffering – both on a national scale and on a personal scale – the key is to speak positively about the King and not to question and not to complain “Why is G-d doing this to us!”

This is sometimes very difficult, especially for people that lived through national trials and tribulations, lived through the Holocaust, lo aleinu. It is very hard for people who unfortunately have suffered tragedy and tzoros. It is a difficult nisayon. But Pirkei D’Rabi Eliezer is telling us, Charvona is telling us, and Eliyahu haNavi – who is going to usher in and announce the future redemption – is telling us: The key is to act like Mordechai “asher diber tov al haMelech“. If we continue to do that, then just as they merited “For the Jews there was Light, Gladness, Joy and Honor” [Esther 8:16]– so too will it be for us, Im Yirtzeh Hashem.