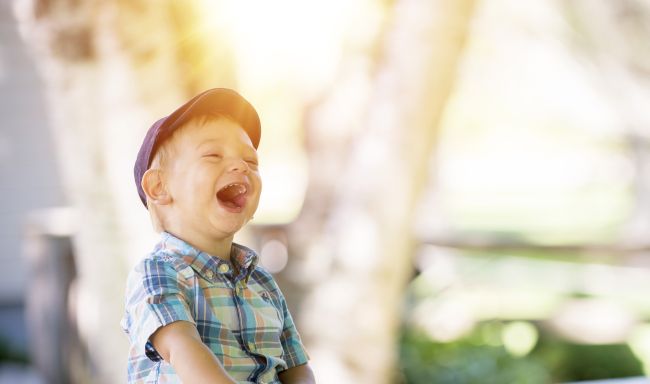 Question: When Hagar and Ishmael are kicked out, it says Sarah saw Ishmael doing something, and uses the verb ‘zadi, chet, kuf’, the same used for idolatry at the golden calf incident, murder in II Samuel and adultery when Potiphar’s wife accuses Joseph… it’s also the verb for laughter with Isaacs name comes from… how can it be used so liberally? The Torah also states that Isaac was named for Sarah’s laughter, almost immediately before and after the expulsion of Hagar and Ishmael, which is usually a red flag – right? The use of a word 3 times in a row?

Answer: Hi! I’ve become quite fascinated by your question. I agree with you completely – there clearly is a very important point being made by the repetition of this verb (tzachaq – let’s translate it roughly as “laughter”). There’s a lot to think about here, and I’ll just tell you some of what occurs to me.

The idea of laughter is not a simple one. I know that a number of learned tomes, including one by Freud, have been written to try to explain it. I guess, though, that laughter generally is a response to something incongruous, something that doesn’t fit the pattern we expect. 90-year-old women just don’t bear and nurse children! Here G-d is the one causing the “laughable” situation by doing something out of the realm of the normal rules. Here, laughter is beautiful – it’s a recognition of wonder.

At other times it is people who create the laughter, by ignoring the bounds of the real world. We would perhaps call that “scoffing”. That’s what a scoff-law does, when he shows contempt for the norms of society, treating terrible crimes (murder, idol worship, adultery) as nothing serious. I think that’s what Ishmael was doing. When everyone else was laughing in wonder at the great miracle that G-d had done, Ishmael, his feelings hurt and feeling pushed aside, was trying to mock it and dismiss it as not a big deal. Unfortunately, by doing that he marked himself as unable to continue as a part of the world Sarah and Abraham were building.

I don’t think the word “tzachaq” itself carries a wide variety of meanings. Its very specific meaning does have many different uses, though, some good and some bad. Everything is like that; the world is complex, and things can be used or abused.

« Understanding the Sacrifice of Isaac
Who are the Sages and Chazal? »