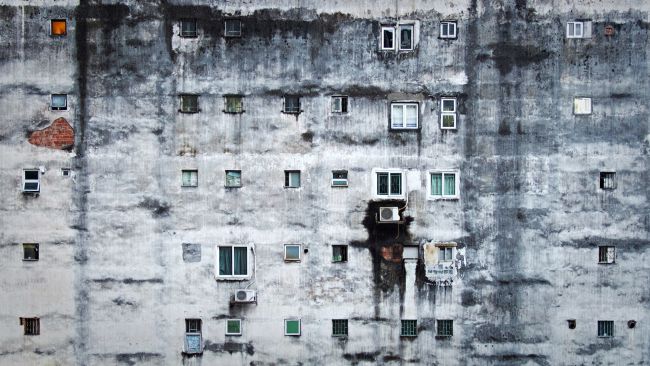 “Everything is foreseen, yet free will is given. The world is judged with goodness, and all is according to the majority of deeds.”

The first part of our mishna, according to Maimonides and others, addresses one of the fundamental philosophical difficulties with the belief in an omniscient G-d. “Everything is foreseen” implies that G-d knows the future and every action man will do, whether good or evil, till the End of Days. “Free will is given” implies that man is given the freedom to choose his actions. Thus, our futures are in our own hands. We alone determine our actions and are held accountable for their outcome.

The difficulty this raises — one which has dogged great thinkers, both Jewish and Gentile, throughout the ages — is how can both principles coexist. Do we truly have free will if G-d already knows which path we will choose? We will expand on and discuss this fundamental issue G-d willing in two weeks. First, however, I would like to discuss the concept of free will itself.

According to Maimonides (Mishne Torah Hil’ Teshuva Ch. 5), the concept of free will is one of the great philosophical pillars of Judaism. The entire concept of reward and punishment — that G-d rewards us for our good deeds and punishes us for our wicked — is predicated upon the assumption that our actions are under our own control. G-d does not force us to do good or evil. He provided us with the Torah and mitzvos (commandments) to incline us towards goodness, and He planted within us the temptation to sin and rebel. But He does not and cannot force us — neither by revealing Himself too openly nor by punishing us too severely or immediately. For actions performed without free will and the temptation to sin are empty of meaning. And empty actions deserve no reward. And if there is no reward, there is no reason for existence.

I would now like to paraphrase some of the key points of Maimonides’ discussion (ibid., 5:1-4; see especially 5:2). The following is a loose translation.

Unlike the belief of the fools of the nations and many unlearned Jews that G-d or other heavenly forces such as the constellations predetermine whether a person will be righteous or wicked, our fates are entirely in our own hands. Every person can be as righteous as Moses or as wicked as Jeroboam. We therefore bear full responsibility for our decisions and actions, and we are rewarded and punished in kind. If predestination determined our futures, G-d could not hold us responsible for our actions. We would be no different from actors following scripts written for us and over which we had no control. And further, it would have been meaningless for G-d to command us in the Torah how we should behave, since we have no control over it anyway.

(Maimonides himself asserts elsewhere that each person has natural inclinations which influence his behavior, and likewise family, friends and neighbors exert a powerful influence. And certainly, when we are judged, such mitigating factors are taken into account. But ultimately, we and only we must stand trial for our deeds and own up to our mistakes.)

(As another aside, it’s interesting to note that the concept of predestination — that whether or not we will be righteous and attain salvation is predetermined before our births by G-d — long preceded the Protestant Reformation and John Calvin — as we lay historians typically associate it. (Maimonides was writing in the 12th Century.) Apparently, the belief that our fates are out of our control has within it a strong attraction. I may in fact not have a soul destined for heaven, but it is not my worry. And more important, there is no reason I must behave in order to achieve it.)

The above discussion raises another issue. The following question has been raised to me in the past, and there seem to be many people genuinely worried about it: If man has free will, can he destroy the world? Our advanced(?) civilization has certainly invented the weaponry to do the job with some left over (not sure what we’d use it for). Now if G-d truly grants free will, and He allows us to run and ruin our own lives any way we choose, what’s to stop us from destroying ourselves and the world in the process? (We’ve certainly been able to drive many species to extinction — most certainly against G-d’s will. Now how about the human race?)

But it does not seem so simple. Our tradition makes it clear that G-d controls the direction of history as well as the events of our lives. The Talmud writes: “Everything is caused by Heaven except for catching cold” (Kesuvos 30a). The statement sounds flippant but the intention is really quite clear. Virtually everything that happens to us is decreed in Heaven. The one exception is the trouble we bring upon ourselves through our own negligence. If we go out in the winter without a coat and catch cold, that was not a Heavenly-ordained punishment to atone for our transgressions but our own stupidity.

But let us ask further — and this will introduce the true dilemma. Does “Everything is caused by Heaven” extend to what other people do to us? If another person — who has his own free will — decides to harm me, is G-d behind that? On the one hand, free will should dictate that that person has the ability to act as he pleases even if it adversely affects me. But if so, G-d would seem to wield very little control over this world. Violence, domestic abuse, terrorist attacks, the Holocaust — most of the evils of this world have been brought to us courtesy of man. Does free will imply that man acts independently of G-d’s will and control, bringing about evils He did not decree?

Conversely, if G-d does control all events in this world — since as above, everything that happens to man short of catching cold is the will of G-d — would we have to say G-d is behind all the cruelty and destruction man wreaks in this world? Does G-d *want* such tragedy to occur? Or perhaps all such evil emanates from G-d Himself, the controller of all things; man is merely G-d’s agent to perpetrate the terrible evils He intended for His hapless subjects. (And perhaps this would even exonerate the wicked — who are merely carrying out G-d’s will.)

Well, we seem to be caught between that proverbial rock and hard place. If we do not want to ascribe all the suffering in this world to a merciful and loving G-d, the world becomes an ugly, godless place indeed. We would have to say man’s free will has wrenched the world out of control, that the many manmade tragedies mankind suffers are pointless “accidents” — not a part of G-d’s plan at all. Man hurts innocents not deserving of punishment on G-d’s Divine scales. And G-d is perhaps watching helplessly as man, exercising his free will, injures, maims and destroys, undermining the many good plans G-d has for mankind.

And even further, what of G-d’s many promises of the eventual advent of the Messianic era and End of Days? We have literally scrolls-full of prophecies testifying to it. Yet perhaps man is corrupting and destroying G-d’s world right under His Divine nose? Maybe man will literally destroy G-d’s world via nuclear holocaust and G-d’s prophecies will never be realized? Or at the very least, exercising the dark side of his free will, man will make the world unworthy of ever attaining salvation? We seem to be doing a heckuva job of that already today.

But what is the alternative? That all the evils of the world are willed by G-d? What a cruel and ghastly image of our Creator emerges! Are these our only alternatives — that a kindly G-d watches helplessly as malicious man corrupts and destroys His world, or that G-d Himself is in control, and if so He is not (G-d forbid!) as kindly and loving as our tradition teaches?

Well, I seem to have typed myself into one nice corner this week! Yes, G-d willing, I hope to answer all of this — or at least present a cogent and logical approach of the Jewish view on all the above. But I’ve begun to exceed the bounds of what a typical audience can handle in one week (even an audience as wise and insightful as Pirkei Avos subscribers). Please hang in there… One more week! 😉