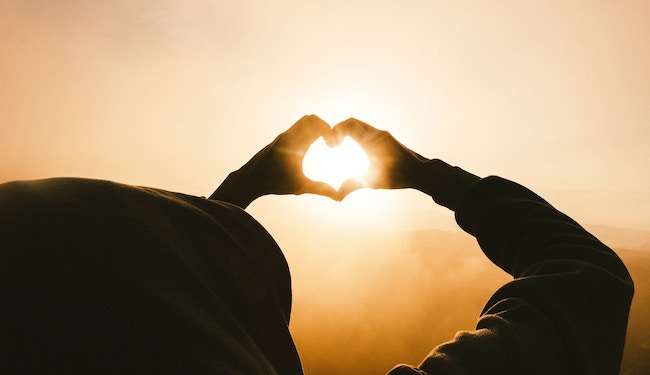 Chapter 4, Mishna 13(b): Repentance and a World of Love

Rabbi Eliezer ben (son of) Yaakov said: One who fulfills one mitzvah (commandment) acquires himself a single defending angel. One who commits one transgression acquires one accusing angel. Repentance and good deeds serve as a shield before retribution.

In the previous class we discussed the concept of defending and accusing angels and their function within G-d’s justice system.

Our mishna continues that repentance and good deeds serve to shield us before G-d’s retribution. To appreciate this point, I would like to offer a very brief summary of the power of repentance.

Repentance is one of G-d’s great gifts to mankind, allowing us to totally and at times immediately undo the spiritual damage we do ourselves through sin — as well as removing the barrier we create between ourselves and G-d. The Talmud writes that through repentance one “acquires his world” (i.e., his share in the World to Come) in a moment (Avodah Zarah 17a), and that repentance reaches G-d’s heavenly throne (Yoma 86a), completely renewing and reinvigorating a person’s relationship with the Almighty.

The above being so, our mishna seems a little less dramatic than we might have hoped. Repentance is depicted as a shield — one which protects from the ravages of sin but does not wipe it away altogether. It seems that the sin is still present, just that the sinner will not be punished for it.

Now this might be beneficial, but it is far from ideal. When we think about it, punishment is only a small part of the damage we do ourselves when we sin. Of far greater concern is the distance we place between ourselves and G-d. The purpose of our existence — and the only pleasure our souls, once separated from their bodies, will care for — is closeness to G-d. We develop such a closeness in this world by obeying G-d’s will. This transforms us into more spiritual people — ones who, so to speak, have more “in common” with G-d — and who will be able to enjoy a relationship with G-d in the hereafter. To the extent that we follow the paths of corruption and temptation, our souls become diminished. We become less conditioned for spirituality and less capable of partaking of the Divine Presence in the World to Come.

In addition to the barrier of distance from G-d, evil corrupts our natures and our souls. It destroys our innocence and gives us a marked appetite for evil. What was previously an alluring curiosity becomes a very real craving — as well as a behavior pattern difficult to overcome. (Studies claim that it takes only a single cigarette to addict a person to nicotine. Spiritual forces are no doubt no less potent.)

All of this being so, G-d does not have to “punish” us for our sins. We punish ourselves by conditioning ourselves for evil rather than good. If anything, G-d’s punishment saves us from more serious repercussions. As the sensations of pain we feel upon touching a hot stove, punishment alerts us to the destructiveness of our behavior — as well as cleansing us from the aftereffects of our sins.

If so, once again, why does our mishna describe repentance as only a “shield before retribution?” Is it really nothing more? What of the much more severe consequences of sin?

Repentance done out of fear is one in which a person realizes the severity of his act and the strictness of G-d’s justice. Had he or she had any idea how terrible and damaging his failure was and how gut wrenching the process of repentance is (and someone who knows what repentance *really* is sees it more as a gut-wrenching spiritual convulsion than a simple putting the past out of mind), he would never have allowed himself to slip so. Thus, his intentional sins are counted as unintentional ones: At the time he sinned his perceptions were much more limited then they are now. What he did in the past was an “accident” — done out of a lack of the knowledge he has today so painfully acquired.

Now anyone who can do the above and do it well has my highest regard. Not many of us have the fortitude and the intellectual honesty to truly recognize our faults for what they are and shape up as a result. We become so accustomed to our faults that they just don’t phase us any more. Yes, we’d *like* to improve but… well, everyone else does it too, etc. To view our faults in a harsh, unbiased light and see them for their true wickedness takes a person of particularly strong mettle.

Yet even this highly-laudable level is not the ideal. We must not just repent out of fear — through an awareness of the severity of sin. True repentance stems from love — from a love of the G-d who commanded me so — and whom I failed.

When a person deepens his or her relationship with G-d, he feels a closeness, a devotion to the Being who entrusted him with life and invested it with such beauty, purpose and potential. His life, his existence, everything he is and can be is a gift from an all-benevolent G-d, who constantly watches over him and provides him with more opportunities for growth and improvement. At this very moment, our hearts are beating, our nerves are transmitting electrical signals, our blood is distributing oxygen, and so many other processes are going on which we can hardly fathom, yet alone consciously control. We take for granted such a marvelous orchestration of processes and bodily functions to such an extent that we expect to enjoy unending years of problem-free health and productivity. In fact we’d be surprised if our doctor told us our nerves, retinas, inner ears, etc. were randomly misfiring. All of this occurs because G-d created human beings of untold complexity, and He continually renews His will that we exist and flourish.

When we begin to realize what G-d does and continues to do for us, we begin to approach repentance through love. When we sin, we are taking the unimaginable talents and blessings G-d has granted us — and using those very blessings to oppose the very G-d who has handed them to us. At the very moment we sin, G-d — in an infinite and almost superhuman display of mercy and slowness to anger — still allows our hearts to beat and our organs to function. The ever-powerful sermon of the Great Awakening — “sinners in the hands of an angry G-d” (which describes humans as loathsome insects precariously suspended by G-d over the flames of Hell) was in a way not that far from the mark. In spite of all our aches, pains and complaints, it’s a world of patience and of almost unremitting Heavenly love.

What does the sinner — with such new-found depths of recognition — feel afterwards? “How could I have betrayed the trust, the gifts G-d has granted me? How could I have repaid infinite kindness with such smallness and selfishness?” Such a person repents out of love. The worse he had been previously, the more he will now be overcome with remorse — and will bounce back even closer to G-d. And as the Talmud writes, such a person’s sins are transformed into merits. He will take every past failure and shortcoming and use them in a remorseful yet determined trek towards G-d and reconciliation.

On the High Holidays and on Yom Kippur in particular, we return to G-d out of fear. The High Holidays are solemn, almost frightful days. We are reminded of G-d’s kingship, His power, and the severity of His judgment. We have failed, G-d is strict, and we pound our chests in uneasy contrition. We would have been far less careless the rest of the year had the Ne’ilah services been more firmly etched in our minds. We rethink, regret and return — yet our repentance is goaded by fear. And, as our mishna states, we will be shielded from the brunt of the L-rd’s wrath. G-d will suspend further chastisement. He will accept our remorse for the time being — for want of anything better — until we are prepared for true reconciliation with our Maker. For our repentance is far from over.

But Yom Kippur is followed almost immediately by Sukkos (Tabernacles or Sukkot). Sukkos is an entirely different, equally inspiring experience. During Sukkos, as we dwell in our temporary huts (Sukkah), we celebrate G-d’s closeness to us — and ours to Him — once signified in the Clouds of Glory of the desert. For one week of the year, we do not turn to brick, mortar and home security systems for protection. We live in humble, temporary structures, not sturdy enough to shelter us from the rain. In this way, we recognize that G-d is the One who truly protects and watches over us. We live under His shadow; it is He who lovingly shelters from the powerful yet temporal rays of the physical world. And we in turn beautify the Sukkah as a token symbol of our returned love. We have repented through fear, and G-d now accepts us once again to dwell directly under His wings and protective embrace.

As we spiritually grow from Yom Kippur to Sukkos, we progress from repentance through fear to the true repentance of love. We have failed, G-d has accepted us, and we are once again ready to become His loyal servants and His proud children.

(Based in part on thoughts heard from R. Ezrachi of the Mir Yeshiva, Jerusalem, Israel.)