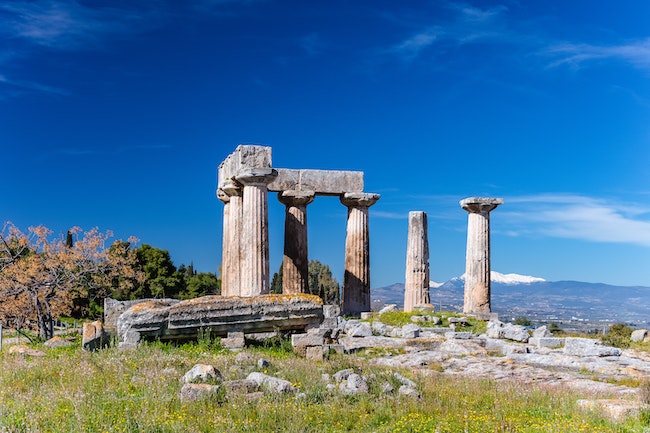 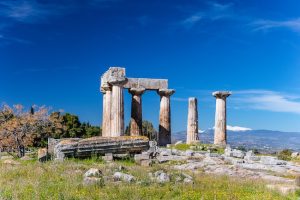 It was the ultimate encounter. Yaakov, the consummate theologian, meets Pharoh, the king of the powerful land of Egypt. What could they have discussed? The meaning of life? The geopolitics of famine? They don’t. Instead, the Torah records that meeting as having to do with something quite mundane. Age. Yet that trite discussion had severe ramifications for our forefather Yaakov.

The Torah relates how Yoseph presents his father to Pharoh. Genesis 47: 9-10: “Pharoh asked Yaakov, ‘How old are you?’ Jacob answered, ‘the years of my sojourns are one hundred thirty; few and bad ones; they have not reached the days of my forefathers in their sojourns.’ ”

There is a Midrash that notes the bitterness of Yaakov’s response and makes an amazing calculation. Yaakov lived to the age of 147. His father lived ’till 180. There is a difference of 33 years. Yaakov, explains the Midrash, lost 33 years of his life due to the 33 words that were used as he cursed his life’s struggles.

The Midrash needs explanation. In the Torah’s version of the story (and even in my loose translation), Yaakov did not use 33 words to curse his fate. That number is only arrived at if the original question “How old are you,” including the words “and Pharoh asked Yaakov,” are also counted. I can understand that Yaakov was punished for the words that he spoke: after all, he was saved from his brother Esau, his daughter Deenah was returned to him, and he did leave Lavan’s home a wealthy man. But why should Yaakov be punished for a question posed to him, even if the response was improper? Why count the words that Pharoh used, and even more difficult, why count the words, ” Pharoh asked Yaakov,” which are obviously the Torah’s addition? At most, Yaakov should only be punished for the 25 words that he actually used.

Though Rebbitzin Chana Levin the wife of Reb Aryeh, the Tzadik of Jerusalem, endured a difficult life she never let her own misfortunes dampen the cheer of friends or neighbors. During the terrible years of famine in Palestine during World War I, tragedy stuck. After an epidemic induced illness, on a Shabbos morning, her beautiful 18 month-old son, succumbed. She and Reb Aryeh were devastated.

However, until Shabbos was over, there were no noticeable cries coming from the Levin home. The Shabbos meal was accompanied by the regular z’miros (songs) recited with the weekly enthusiasm. The children discussed the Torah portion at the table, and the Rav and his Rebitzen greeted their neighbors as if nothing had occurred. Reb Aryeh’s own sister had visited on Shabbos and left with no inkling of the catastrophe. When news of the tragedy was revealed after sunset, her neighbors were shocked. “How is it,” they asked, “that you didn’t diminish your normal Shabbos cheer in the face of striking tragedy?”

The Rebitzen tearfully explained. “On Shabbos one is not allowed to mourn. Had we not continued our Shabbos in the usual manner, everyone would have realized the end had come. We would have destroyed the Shabbos of everyone in the courtyard, as you all would have shared our terrible pain.”

In order to understand the Midrash one must understand diplomacy. Ramban (Nachmanides) notes: World leaders do not normally greet each other with mundane questions such as, “how old are you?” Yet those are the only recorded words of the conversation that ensued between Yaakov and Pharoh. “Obviously,” explains the Ramban, “Yaakov looked so terrible and so aged that Pharoh could not comprehend. He therefore dispensed with diplomatic etiquette and asked the discourteous query. Yaakov’s response explained why his appearance overbore his numeric age.

Rav Chaim Shmuelevitz, (1902-1978) the Mirrer Rosh Yeshiva, explains why the Midrash is upset with Yaakov. Had Yaakov worn his suffering with more cheer, on the inside, he would not have looked as old as he did. Pharoh would not have been astonished and would never have asked the undiplomatic question, “how old are you?” Yaakov was punished for prompting a query that resulted in open discontent of the fate he endured. And for that unfortunate repartee, an entire portion of the Torah was added and Yaakov lost 33 years of his life.

The Torah teaches us a great lesson. No matter what life serves you, do not let the experience wrinkle your spirit. One must never let his pain get to him in a way that it gets to someone else. Especially when you represent Hashem’s word.