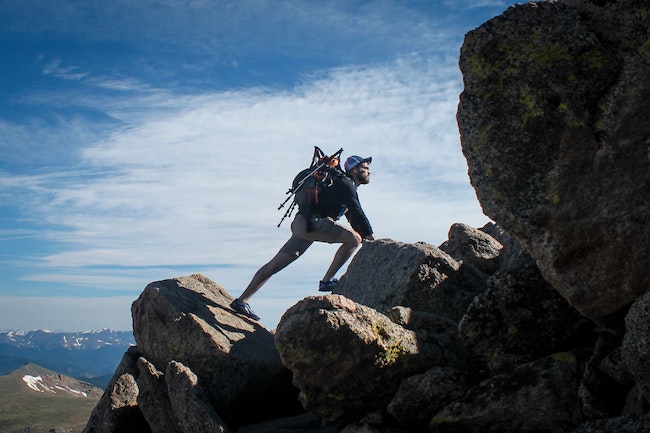 We Are Climbing Continuously 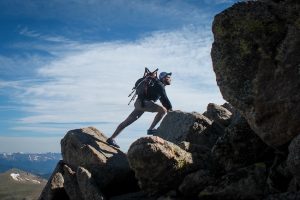 These are the journeys: Why were these journeys recorded? To inform us of the kind deeds of the Omnipresent (HaMakom)… – Rashi

It is analogous to a king whose son became sick, so he took him to a faraway place to have him healed. On the way back, the father began citing all the stages of their journey, saying to him, “This is where we sat, here we were cold, here you had a headache etc.” Rashi

It’s a curious matter when and why different names of HASHEM are used. Rashi explains that the recording of the journeys is to inform us of the kindliness of the Omnipresent- HaMakom, literally “The Place”. Why is that particular “Name” employed here? Also, according to Rashi we are recalling all of the hardships and difficulties we experienced along the way. What is the benefit, the kindliness of that review?

The Shla HaKodesh reveals a profound Pitgam- aphorism. It has endless depth. “Ain Rega Blo Pega! There is no moment that does not have its confrontation, conflict, problem, challenge, you name it! That is the human condition. A man’s mind is either flooded with guilt about the past, temptations in the present, and worries about the future. There is no rest even if all is well. How long will all be well? This is where we find ourselves in every rega- every moment of life.

Rebbe Nachaman has a fascinating explanation/ twist on this statement. One of the 13 expressions of prayer mentioned in Tanach is Pega… Rashi mentions it when Yaakov bumped into “The Place”! On his journey to into exile he miraculously met up with the Holy Place of the Holy of Holies. He fell asleep there and had a dream of an endless ladder ascending to HASHEM.

When he awoke he declared that this is an “awesome place”, the House of Elochim, and the gate to Heaven. It was in that place that Yaakov prayed, establishing for all time the evening prayer service, Maariv. He bumped into The Place” on his way out to a life in exile, he became occupied in prayer and he received a consoling dream.

Rebbe Nachman explains, there is no moment that does not have its “call to prayer”. Every moment in life we are vulnerable and needy and prayer is prompted by needs. According to the Rambam prayer is not a time bound responsibility but a situational requirement. When we need, we call out to HASHEM. When are not needy?! Never! Ain Rega Blo Pega! There is no moment in life that is not an opportunity for prayer! The Talmud says, “It would be worthy for a person to pray all day!” King David said, I am prayer!” He responded at every REGA to every PEGA with Tefilla, all day!

I once heard directly from the mouth of Rabbi Shimshon Pinchus ztl., he said about himself, that he was traveling from America to Israel. He had a layover in England. As they were announcing the boarding of his connecting flight, he was Davening Mincha. He continued to Daven and they closed the gate and he missed his flight. It created a logistical nightmare and it was a world of inconvenience for him to find his baggage when finally arrived in Israel. Somebody asked him why or how he missed his flight. He told them that he was Davening. They asked, “But didn’t you hear the announcement calling for passengers to board!?” He said, “I did! But I thought to myself, ‘where am I going? I am talking with HASHEM’”. AMAZING!

There are ways to travel horizontally in this world and ways to travel vertically. When we are Davening, praying, wherever we are, we are there! HASHEM is HaMakom. We are in HIM! He is The Place. We are never lost! When looking back we realize that the setbacks, and disappointments we experienced moving horizontally on this journey of life were only meant to spur us to move higher on the vertical ladder we are climbing continuously.